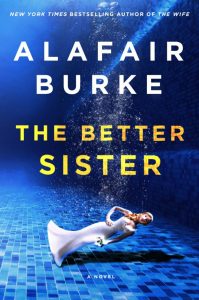 Alafair Burke received her Bachelor of Arts in Psychology from Reed College, in Portland, Oregon, completing the Senior Thesis Emotion’s effects on memory: spatial narrowing of attention. She went on to Stanford Law School in California, graduating as a member of Order of the Coif. After law school, she served as a judicial clerk to Betty Binns Fletcher of the United States Court of Appeals for the Ninth Circuit and then as a Multnomah County Deputy District Attorney in Portland, where she prosecuted domestic violence offenses and served as an in-precinct adviser to the police department. She currently lives in New York City and is a Professor of Law at Hofstra University School of Law. She has served on the Board of Directors of the Mystery Writers of America and as President of its New York chapter. In 2017, she was elected as a member of the American Law Institute. I have read several of her books, and enjoyed not just the good writing, but the perspective of someone deep into the law who does not make that the focus of the book. She came to our studios to discuss her latest novel, The Better Sister.