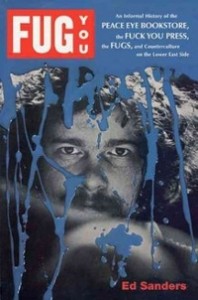 I met Ed Sanders briefly in New York in 1967, as we were preparing for the march on the Pentagon, for the purpose of levitating it and exorcizing the resident demons. As we were preparing to do the interview, Sanders told me that we had levitated the building, but had failed to spin it, resulting in the Vietnam War dragging on for years more. Sanders is a poet, publisher, political activist, classical scholar, bookstore owner and lead singer and songwriter for The Fugs, a folk-rock band of great repute for satirical lyrics and moral fervor. Sanders was also one of the founders of the Youth International Party, better known as the Yippies. He is also known for his book on the Manson Family, and a novel entitled Tales of Beatnik glory.

NOTE: This interview contains some of those words that people find offensive. You know the ones I mean. If you think that you might be offended, please do not listen to this.