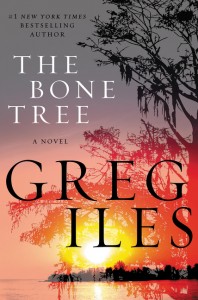 Greg Iles was born in Germany in 1960, where his father ran the US Embassy Medical Clinic during the height of the Cold War. Iles spent his youth in Natchez, Mississippi, and graduated from the University of Mississippi in 1983. While attending Ole Miss, Greg lived in the cabin where William Faulkner and his brothers listened to countless stories told by “Mammy Callie,” their beloved nanny, who had been born a slave.

Iles wrote his first novel in 1993, a thriller about Nazi war criminal Rudolf Hess, which became the first of twelve New York Times bestsellers. His novels have been made into films, translated into more than twenty languages, and published in more than thirty-five countries worldwide. His new epic trilogy continues the story of Penn Cage, protagonist of The Quiet Game, Turning Angel, and New York Times #1 bestseller The Devil’s Punchbowl.