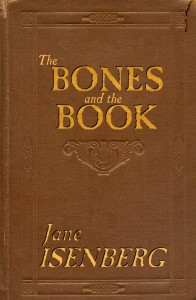 Jane Isenberg’s most recent novel, THE BONES AND THE BOOK (Oconee Spirit Press), is the 2013 Willa Award winner in the original softcover fiction category.

I spoke with her by phone from her home.

The Bones and the Book by Jane Isenberg
Oconee Spirit Press, 2013