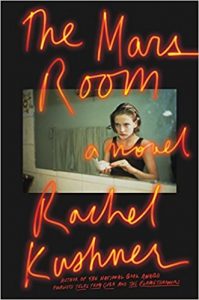 Rachel Kushner was born in Eugene, Oregon, the daughter of two scientists whom she has described as “deeply unconventional people from the beatnik generation.” Her mother arranged after-school work for her straightening and alphabetizing books at a feminist bookstore when she was 5 years old, and Kusher says “it was instilled in me that I was going to be a writer of some kind from a young age.” Kushner moved with her family to San Francisco in 1979.

When she was 16, she began her Bachelor’s in Political Economy at UC Berkeley with an emphasis on US foreign policy in Latin America. Kushner lived as an exchange student in Italy when she was eighteen; upon completing her Bachelor of Arts, she lived in San Francisco, worked at nightclubs, and rode a Moto Guzzi. At 26, she enrolled in the fiction program at Columbia University and she earned her MFA in creative writing in 2000.

I spoke with her about her latest novel, The Mars Room. She challenged many of my perceptions about her book, which has not often happened in 25 years of interviewing authors.  It was very cool.