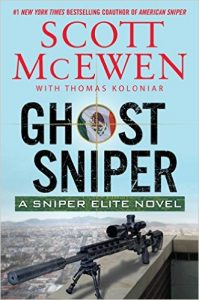 Scott McEwen is a trial attorney in San Diego, California. He grew up in the mountains of Eastern Oregon where he became an Eagle Scout; hiking, fishing, and hunting at every opportunity presented. He obtained his undergraduate degree in Oregon and thereafter studied and worked extensively in London, England. Scott works with and provides support for several military charitable organizations, including the Seal Team Foundation.

Scott’s interest in military history, intense patriotism, and experience with long-range hunting rifles, compelled him to accurately record the battlefield experiences of Chris Kyle, the most lethal sniper in United States military history.