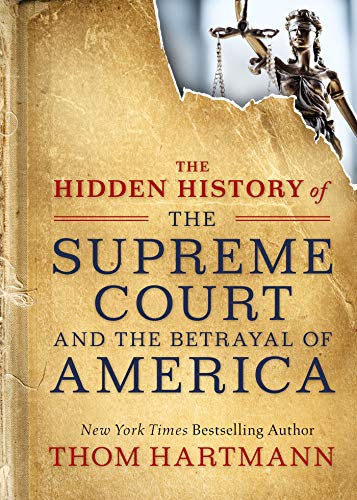 [This interview is unabashedly left progressive. Even if you consider yourself a conservative, I urge you to listen. Thom Hartmann is a scholar of American history and politics and I have not found him to get his facts wrong.]

Talkers Magazine ranks Thom as the #1 progressive talk show host in America, with a cumulative audience of 6.5 million (excluding the TV audience). For 9 years he also hosted an evening TV program that was first carried by Free Speech TV and later picked up by RT TV out of Washington, DC. He separated from RT in 2017. He is also a four-time Project Censored-award-winning, New York Times best-selling author of 24 books in print. He invented the “hunters in a farmer’s world” reframe for ADHD and wrote 5 books on the subject. His latest book is a history and analysis of the US Supreme Court. I learned a lot from it.

The Hidden History of the Supreme Court and the Betrayal of America by Thom Hartmann
Berrett-Koehler Publishers, 2019