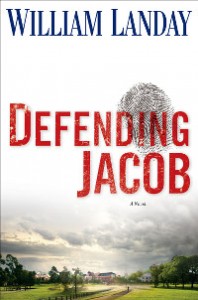 William Landay is an American novelist.  His first novel, Mission Flats, was awarded the John Creasey Dagger (now called the New Blood Dagger) as the best debut crime novel of 2003 by the British Crime Writers Association. His second novel, The Strangler, was shortlisted for the Strand Magazine Critics Award as the best crime novel of 2007.  Prior to becoming a writer, he served for eight years as an Assistant District Attorney in Middlesex County, Massachusetts.

Defending Jacob, his latest novel, is a courtroom drama that hinges on the murder of a high school boy, and thinking the unthinkable, that your own son may have done it.