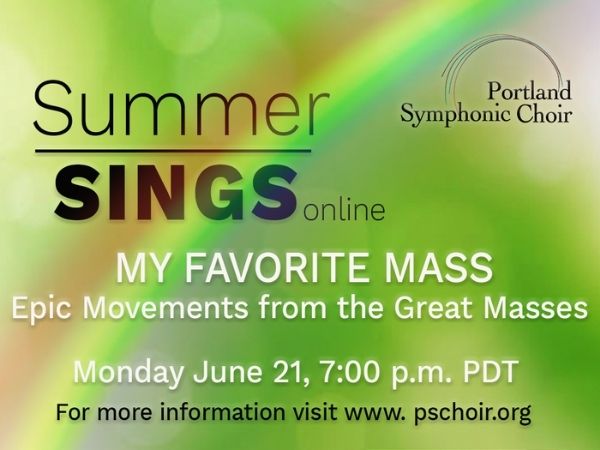 Conductor Ralph Nelson leads many different choral groups – both children and adults – in the Portland, Oregon area. On any given day, he literally works with singers ages 8 to 100. Named 2011 “Teaching Artist of the Year” in Oregon (by Young Audiences of Oregon), Nelson is in demand as a choral director and an artist-in-residence throughout the Portland, Oregon area.

Nelson grew up in Maryland and earned his bachelor degree in music at Amherst College in Massachusetts, where he studied with Pulitzer-Prize winner composer Lewis Spratlan. Subsequently, he studied composition and conducting with Nadia Boulanger and Annette Dieudonné in France. In 2008 he was a student of Helmuth Rilling at the Oregon Bach Festival in Eugene, Oregon.

Nelson is the founding conductor and music director of the Bach Cantata Choir. He conducts five programs per year with this organization – featuring 50+ singers and a professional orchestra. To date the Bach Cantata Choir has performed 75 of the 250 cantatas by Johann Sebastian Bach, as well as other major Bach works including the Mass in B Minor and the Christmas Oratorio.

In addition to composing and teaching in the public schools, Nelson is also Choir Director of the oldest Swedish Lutheran church on the West Coast – First Immanuel Lutheran Church in Portland and Director of the Holladay Park Plaza Singers – a wonderful group of 40 senior citizens.