Resonance Ensemble: Under the Overpass 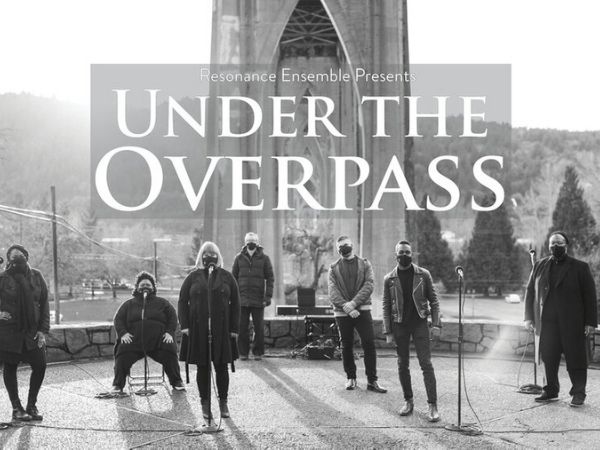 This series of videos celebrates Resonance’s hometown of Portland, Oregon, and the space it provides for Resonance artists to continue to create. Starting in the summer of 2020, singers and

This series of videos celebrates Resonance’s hometown of Portland, Oregon, and the space it provides for Resonance artists to continue to create. Starting in the summer of 2020, singers and spoken word artists met in acoustic spaces around the city – six feet apart, masked, and yet together. Viewers will experience music performed in these gritty, hauntingly beautiful spaces. Resonance will produce four episodes beginning this October, free of charge and available for the whole world to enjoy.

Performed by Resonance artists, and in collaboration with Oh! Creative and Portland filmmaker Kenton Waltz, the series celebrates the city of Portland with featured local artists, musicians, and famous Portland Bridges.

Third Angle’s mission is to perform and record the masterworks of the twenty-first century while commissioning new works from regional and nationally recognized composers. Its bold and innovative programming, high artistic standards, and tireless efforts to bring music of the 20th and 21st centuries to a diverse audience have earned it abundant critical acclaim.

With the organization’s focus on creating a soundtrack for our time, Third Angle has created and presented more than 125 programs of contemporary music, commissioned more than 66 new works, and released 12 recordings to critical acclaim. Sound of the Five: the chamber music of Chen Yi, was named a top 10 recording for 2009 by National Public Radio.

Third Angle’s roguish programming crafts experiences that are mind-altering by design, including concerts created to work in harmony or dissonance with their environment, wildly divergent repertoire, and a blending of the arts that redefines the genre. At a Third Angle performance, you never know quite what will happen next, but one thing is certain:

Third Angle New Music is anything but ordinary.