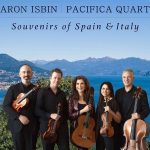 Guitarist Sharon Isbin has recorded nearly everything in her instrument’s repertoire. Still, it’s refreshing to hear that, when an artist such as Ms. Isbin revisits a work (such as the Vivaldi D Major concerto), she gives us an interpretation with subtle differences from what came before. On “Souvenirs of Spain and Italy”, Isbin partners with... More 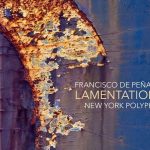 New York Polyphony‘s bass, Craig Phillips, shares the story of how his group rediscovered music of the 16th century composer, Francisco de Peñalosa, and how that composer’s “Lamentations of Jeremiah” are so perfectly suited to his group’s voices, that it seems Peñalosa wrote the work for them. On the recording, New York Polyphony include works... More 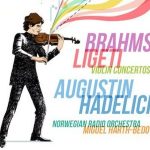 German-American violinist Augustin Hadelich says that he is attracted to the idea of contrasts in music, and in making choices of repertoire. Mr. Hadelich tells program director John Pitman that despite those contrasts, often similarities arise by putting two disparate works together. In this case, Mr. Hadelich leads with the familiar and beloved concerto by... More 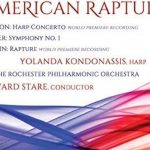 Yolanda Kondonassis is a harpist that may be described as “fearless”, as she enthusiastically takes on any idea that contemporary composers send her way. A while back, Ms. Kondonassis made a wonderful recording of the Ginastera concerto. Now, she shares what may become the first great harp concerto of the 21st century: a commissioned work... More 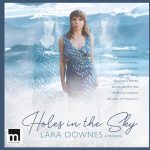 Lara Downes is making “Holes in the Sky”

A few years back, American pianist Lara Downes found a quote by Georgia O’Keefe that stuck in “my head and my heart”, which inspired the title for her new collaboration: “I want real things – live people to take hold of – to see- and talk to – music that makes holes in the sky... More 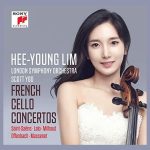 This is the debut disc by Hee-Young Lim, a Korean-born cellist who started her path in music in her parents’ living room. A neighbor brought over a cello that wasn’t being used, and it remained unplayed until one of Hee-Young’s friends showed interest in it. Hee-Young determined that she would play that cello. Her years... More 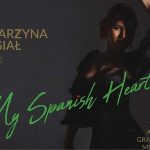 Katarzyna Musiał and her “Spanish Heart”

Polish-Canadian pianist Katarzyna Musiał loves to play Chopin. She also loves Gershwin. However, the music that truly stirs her heart? The music of Spain. With good reason, too. In her conversation with program director John Pitman, Musiał shares how Spanish music and culture became her passion: it was a part of her upbringing, thanks to... More 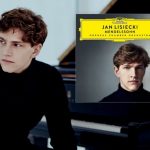 Canadian pianist Jan Lisiecki continues his exploration of, an interest in the different facets of Romanticism, following his Chopin CD with this new one of Mendelssohn’s piano concertos. The concertos anchor the CD, but are not the only highlight: Lisiecki tells me (in our conversation), that from the beginning he wanted to incorporate the “Serious... More 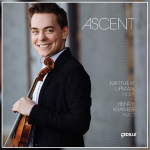 Matthew Lipman is a 2015 Avery Fisher Grant winner, has recorded with Rachel Barton Pine and Sir Neville Marriner. Since graduating from Juilliard Lipman is now on the viola faculty at Sony Brook University and concertizes around the world. His debut CD, Ascent, is in tribute in part to his mother (d. 2014), and commissioned... More

Soprano Joyce DiDonato’s recording projects are seldom conventional. Her last, “Hopes and Dreams: The Lullaby Project” featured original songs to texts by new mothers, some of whom were experiencing financial insecurity. Her newest, Songplay, goes back to her roots as a budding singer.  She rediscovered the arias that all young singers are taught, and then... More