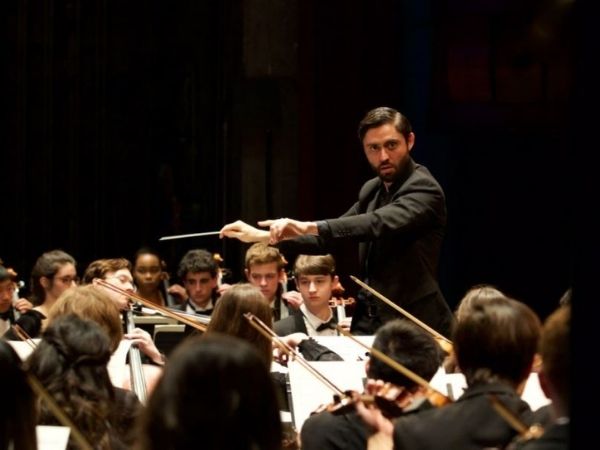 MYS was founded on the belief that the study of music is an integral part of a child becoming a well-rounded adult. Not only does music promote intellectual and aesthetic knowledge, it also builds leadership skills and creates a supportive, community environment. Metropolitan Youth Symphony was founded in 1974 by Maestro Lajos Balogh with 16 string players and the group grew quickly to 35 members by their first performance in 1975. Since their foundation, they have contributed the musical development of over ten thousand musicians, performed hundreds of youth concerts all over the northwest, performed outreach concerts to thousands of students in under-served schools, embarked on tours around the world, awarded tuition assistance to every young musician in need, and developed volunteer support that incorporates more than 100 people in many different capacities.