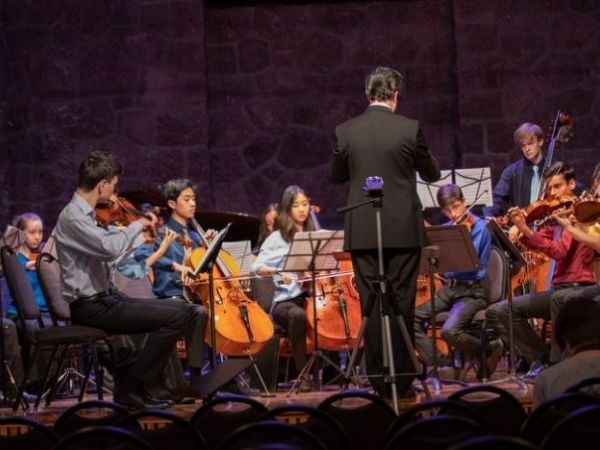 It is the mission of the Portland Youth Philharmonic Association to maintain the finest possible orchestras in order to educate young musicians and cultivate in them a path to excellence while providing inspiring musical performances to the greater Portland community. Over the years, thousands of young musicians have played in one or more of PYP’s ensembles. Some have gone on to professional careers in orchestras across the country, including the New York Philharmonic, the Boston Symphony, the National Symphony, the St. Louis Symphony, the Oregon Symphony, as well as Juilliard and American String Quartets. Others have achieved great success in teaching music or exploring non-musical fields, while continuing to be accomplished amateur musicians and active supporters of the arts in their communities. Alumni often attribute much of their success in life to the discipline and teamwork they experienced as members of the Portland Youth Philharmonic.

Tchaikovsky's 'Dance of the Sugar Plum Fairy,' from 'The Nutcracker,' as the encore of their Season 96 Concert-at-Christmas at the Arlene Schnitzer Concert Hall.