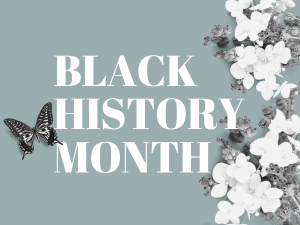 All Classical Portland highlights Black composers and artists year-round, but in February we like to take a closer look at the contributions that Black composers have made to classical music, and celebrate their music in an in-depth, robust way. Here’s a look at what’s coming up on All Classical Portland this February, in recognition of Black History Month. All broadcast times listed are Pacific Standard Time.

The Concert Hall: Throughout February on The Concert Hall, host John Pitman celebrates with new CDs of works by, or about, the African-American community. Migrations (2006), by Derek Bermel (b.1967), describes the movement of Black Americans from the South to the North between the two world wars. The Albany Symphony is joined by the Juilliard Jazz Orchestra and some top-notch soloists in this work commissioned by Wynton Marsalis. 7pm

The Concert Hall: Host John Pitman debuts a major Naxos CD of 2019: Sanctuary Road, by American composer Paul Moravec. Moravec’s oratorio is based on the account of the migration of slaves in the South via the Underground Railroad. Vocal soloists including Laquita Mitchell and Dashon Burton are joined by the Oratorio Society of New York Chorus and Orchestra. Kent Tritle conducts. 7pm

Where We Live: Host Warren Black interviews Darrell Grant to learn more about his composition, SANCTUARIES. SANCTUARIES will use the rhythms of jazz and slam poetry to explore gentrification and the displacement of residents of color in Portland’s historically African-American Albina district. 5:15pm

The Concert Hall: The Ballad of the Brown King, an oratorio by Margaret Bonds (1913-1972), is a portrait of one of the three Magi who visit the baby Jesus. The Dessoff Choirs and Orchestra are conducted by Malcolm J. Merriweather. Pianist William Chapman Nyaho introduces listeners to African-American composers and composers of the African continent. 7pm

On Deck with Young Musicians: Noah Carr is one of the youngest musicians to have appeared on On Deck. At the time of his chat with Christa Wessel, Noah was just 13-years old. Noah is a violinist, and in this episode of On Deck he dives into a topic not frequently discussed on the show: racism in classical music. It’s a subject Noah cares deeply about. 5pm

Where We Live: Host John Pitman speaks with All Classical Portland’s 2020 Artist in Residence, Adam Eccleston about some of his favorite pieces of music by Black composers. 5:15pm

The Concert Hall: Bass-baritone Dashon Burton (PBO Messiah, 2016) sings Songs of Struggle and Redemption, including Sometimes I Feel Like a Motherless Child and We Shall Overcome. 7pm

The Concert Hall: Duke Ellington (1899-1974) composed his ballet suite, The River, during a very busy time touring with his band.  This suite is an ambitious, multi-movement piece of “orchestral jazz”. Soprano Patrice Michaels, joined by a classical piano trio, sings Ellington’s Paris Blues, and songs by Billy Strayhorn. 7pm