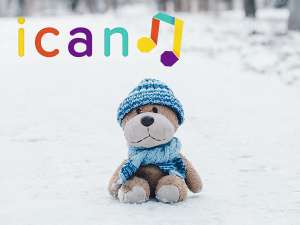 Our sister station the International Children’s Arts Network is airing the classic holiday show about the adventures of Cinnamon Bear, daily at 12:00 PM and 6:00 PM PT on icanradio.org, through January 7th, 2022!

First aired in Portland on November 25, 1937, the six week-long series tells the tale of Paddy O’Cinnamon (The Cinnamon Bear), as he prepares and counts down to Christmas. Narrated by Bud Hiestand, with songs composed by Don Honrath and conducted by Felix Mills, lyrics by Glanville Heisch, and vocals by the Paul Taylor Quartet.

Note to listeners: this series was created in 1937 and may feature dated language that negatively or wrongly depicts people or cultures. When possible, episodes have been gently edited for accessibility and inclusion.

Photo by Marina Shatskih on Unsplash.