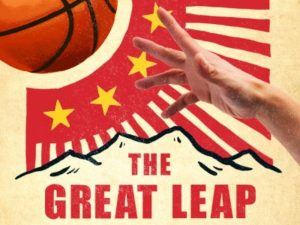 San Francisco. 1989. Basketball standout Manford Lum is a fast-talking, dominating teenager on the street courts of Chinatown. But when he elbows his way onto a college team traveling to Beijing for a “friendship” game, the outcome isn’t what anyone expects. Traversing history that is both personal and political, this sharp and funny play pits a U.S. coach against his Chinese counterpart — and country-wide protests and cultural revolution against their deeply personal tolls and generational fractures.

The celebrated playwright of Cambodian Rock Band, Lauren Yee uses her father’s basketball heroics and the student-led demonstrations that rocked the world as a springboard for this moving story that keeps the tension rising right up until the final buzzer.