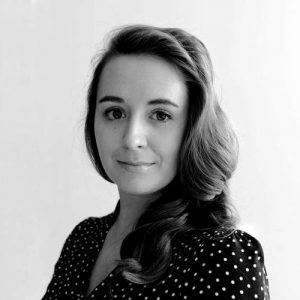 From coastal New England to balmy North Africa, public radio has taken me many places! I began my radio career in my beloved home state of Maine when I was 18-years-old. While I earned a B.A. in journalism at the University of Maine, I was a producer and host at Maine Public Radio, a statewide NPR affiliate station. I hosted everything from All Things Considered to local public affairs programs; I helped produce live remote broadcasts, organized development events, and tried to leave a little time for homework. On one fateful weekend morning, I filled in at the very last-minute for a classical host who awoke to a fresh blanket of Maine snow. I was hooked! When I left Maine Public Radio after six years, I was the host of the flagship weekday classical music program.

In 2013, I accepted a new challenge and moved to Tangier, Morocco, to manage communications and public relations for a local university. When I returned to the United States, I settled in Boston and began working at WCRB, WGBH Boston's all classical station. As the afternoon drive host at WCRB, I found new ways to share classical music on the radio and I was thrilled when my program received national attention. Among others, I have freelanced for NPR's All Things Considered, The Seattle Times, and The Jerusalem Review, writing about everything from ancient wine to Moroccan feminism. When my husband and I moved to the Pacific Northwest in 2015, I joined KUOW as a freelance on-air host and now I look forward to sharing music and arts segments with you from time to time on All Classical Portland.

In my spare time, I'm usually found with my sweet dog, Bagel, and a good book!