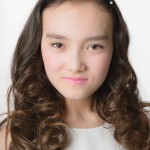 On Deck with Hanami Froom

Hanami Froom is the youngest of the nine winners of this year’s MetroArts Young Artist Competition.  She is just nine-years old but is already making a name for herself as an outstanding young musician.  (She recently won a spot on the Jewish Community Orchestra’s young artist showcase, too.)  Meet young Hanami (whose name in Japanese means “beautiful flower”) in this episode of “On Deck with Young Musicians.”

Here’s that January 2016 performance in which Hanami played Mendelssohn with the Jewish Community Orchestra: