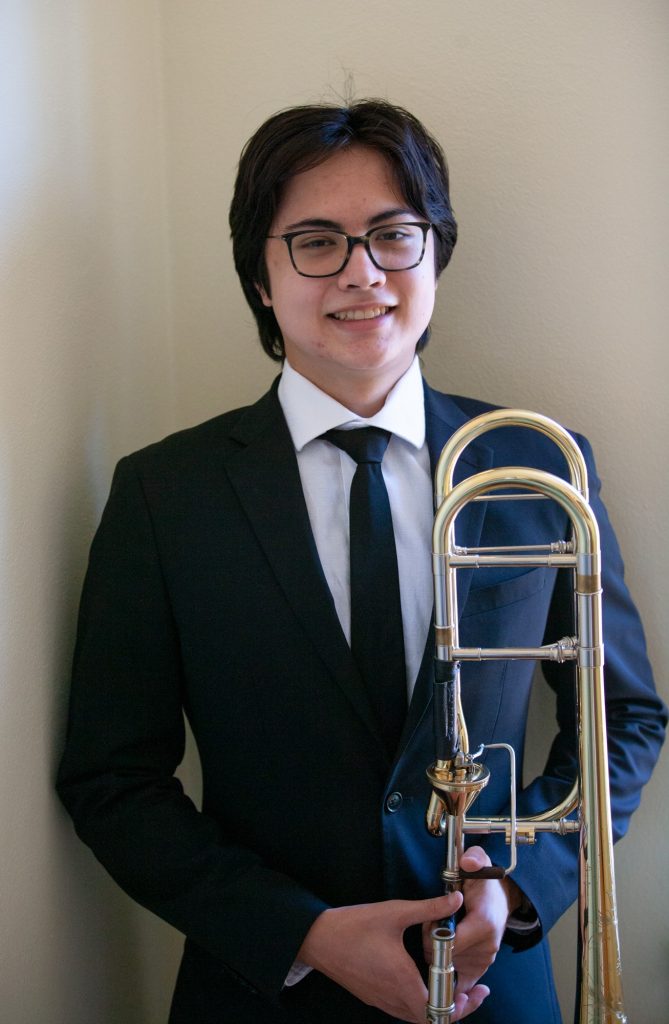 In this episode of “On Deck,” Christa Wessel chats with 17-year old trombonist Liem Friel, who just finished his junior year at Portland’s Cleveland High School.  In addition to playing with his school band, Liem is a member of both the Metropolitan Youth Symphony and the Portland Youth Philharmonic. He continued participating in those ensembles during the pandemic year, even though those groups met on Zoom.

Trombone has become a part of Liem’s identity, and he hopes to go on to further study it in college. However, Liem recently suffered a collapsed lung and has been slowly working to regain his strength.

In his free time, Liem works to perfect both his ability to solve a Rubik’s cube with one hand (!), as well as his pole vaulting.