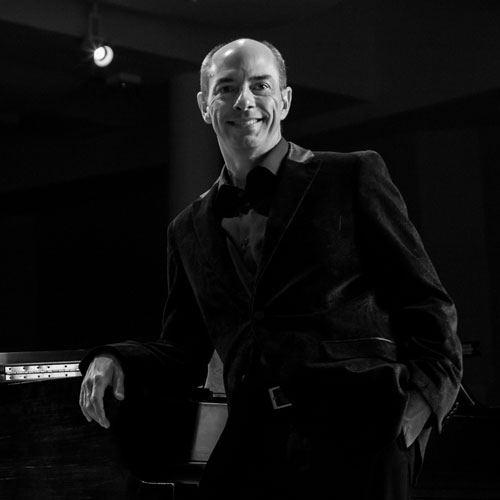 Director of Music and Programming

I started working at All Classical Portland in 1983, just a few months after graduation from Benson Polytechnic, and the same year that 89.9 FM began broadcasting. My duties have certainly evolved from those early days when I was an evening and weekend announcer. As Director of Music and Programming, I supervise and guide the host team as we create, together, the beautiful and innovative programs that you enjoy weekly. While I am the employee who has "been here since the beginning", All Classical continues to grow and improve, and continues to challenge me and stimulate my creativity. It never stops being interesting! It is my pleasure, and privilege, to share this great music with you. John is on the air Saturdays and Sundays from 3 pm to 9pm. He is also host of The Concert Hall. 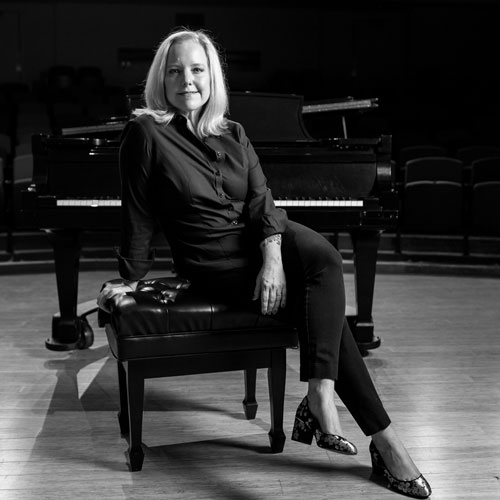 After eleven states, I found home when I moved to Oregon in 2007.
I discovered radio as a college freshman, and in the years since I've worked at stations in Los Angeles, Atlanta, Minneapolis and Orlando. For six years I was a host and producer on American Public Media’s national classical music service, Classical 24. I grew up in and around New Orleans and Jackson, MS, and was a flute and communications major at Ohio University, followed by graduate school in philosophy at Purdue University.
In addition to working at All Classical Portland, I teach philosophy at Portland Community College. My husband Brice and I live with two ridiculous shih tzus in SE Portland, where we love music and movies, cooking, camping, and friends & family.
Brandi is on the air weekdays from 10 am to 2 pm, and 3 am to 10 am Saturdays. She also hosts Played in Oregon Sundays at 1 pm, and the Oregon Symphony Broadcasts. 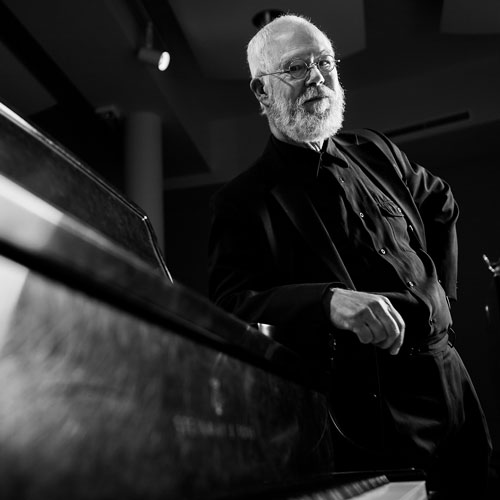 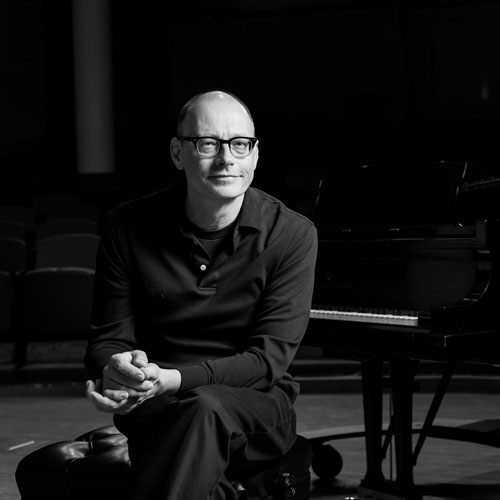 
When I visited Portland for the first time, I decided that I wanted to live here. It would take about 15 years before I pulled it off. It’s a similar story with radio: I hosted a four-hour classical show during my freshman year of college, but many years would pass before I joined the staff of KCUR (the NPR affiliate in Kansas City) as an announcer and producer.
During those two overlapping intervals, I worked as a writer, editor, actor and voice-over artist in San Francisco, New York, Chicago and Seattle. The one unifying theme in all that time and throughout my life has been music: participating in it as a singer, writing about it, or appreciating it from the audience.
The world can be a mixed-up place. But with persistence and luck you can arrive where you're supposed to be, doing work that you love.
Warren is the morning host weekdays from 6 am to 10 am and provides production assistance to The Score. 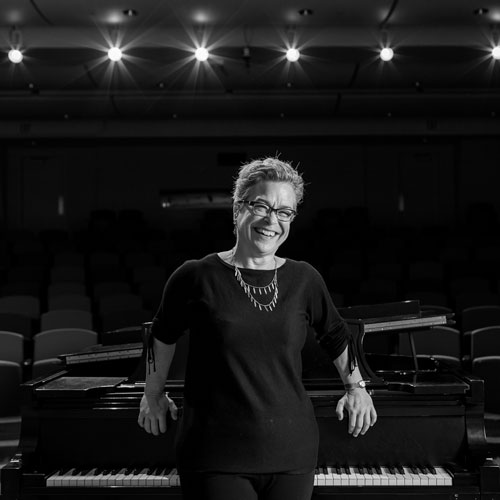 As a kid, I learned to play French horn and immediately fell head-over-heels in love with classical music. That passion eventually took me to Northwestern University where I graduated with a degree in Arts Administration.
My career in radio was an unplanned, happy accident. The first time I found myself behind a microphone I knew that I had found my dream job. I find such joy in sharing my enthusiasm for music! I worked as a radio host at the classical station in Raleigh, NC for nearly a decade before joining the team at All Classical Portland in 2007.
In my free time I enjoy stormy weekends at the coast, escaping into big juicy novels and baking sourdough bread.
Christa is the late afternoon host, on the air weekdays from 2 pm to 6 pm, as well as host and producer of “On Deck with Young Musicians” and “Thursdays @ Three.” 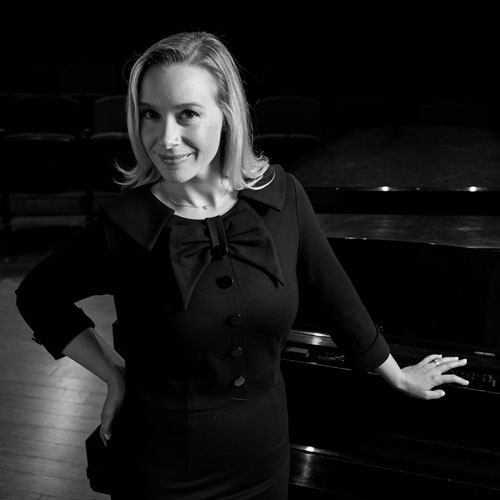 My career in broadcasting began at WHYY in Philadelphia where I had the opportunity to watch TV and radio be produced by extraordinary individuals. I was bitten by the broadcast bug and the rest, (as they say) is history. I love storytelling. I love gathering communities together around music and outstanding content that connects. I've had the opportunity to work on dozens of radio and TV programs and documentaries. At Maine Public, I created the Emmy-award winning TV series MaineArts! and the radio series: Music that Moves ME. At All Classical Portland, I enjoy my work as CEO and the creative opportunity to produce Sunday Brunch: A weekly exploration of cultures through delicious music. 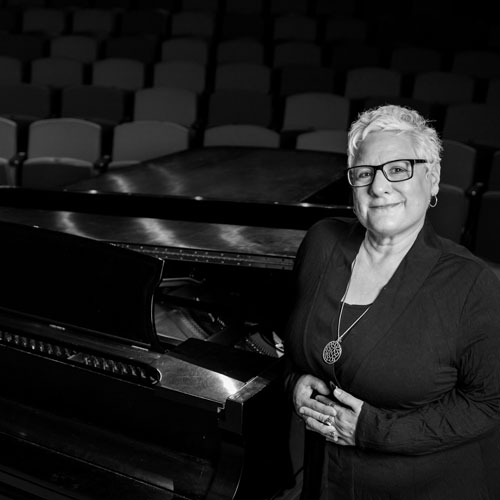 
I love playing music for people. I’ve been hosting and producing Classical radio shows for over 20 years now, and at All Classical since 2007. I also spent several years working as a reporter and as a producer. I went to school to become a documentary filmmaker but changed plans after my first shift at a college radio station. I write poetry and make art and am grateful for the amazing listeners I’ve met – in the third dimension and otherwise - over the years.
Andrea hosts the overnight hours, 10 pm until 2 am, most nights on All Classical. She’s also host of our contemporary music hour, Saturdays at 9pm. 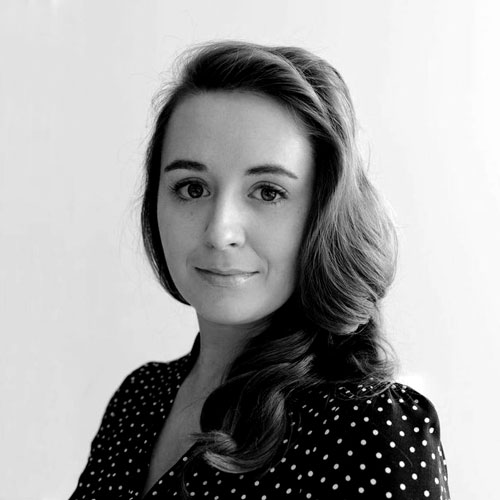 
From coastal New England to balmy North Africa, public radio has taken me many places! I began my radio career in my beloved home state of Maine when I was 18-years-old. On one fateful weekend morning, I filled in at the very last-minute for a classical host who awoke to a fresh blanket of Maine snow. I was hooked! In 2013, I accepted a new challenge and moved to Tangier, Morocco, to manage communications and public relations for a local university. When I returned to the United States, I settled in Boston and began working at WCRB, WGBH Boston's all classical station. As the afternoon drive host at WCRB, I found new ways to share classical music on the radio and I was thrilled when my program received national attention. When my husband and I moved to the Pacific Northwest in 2015, I joined KUOW as a freelance on-air host and now I look forward to sharing music and arts segments with you from time to time on All Classical Portland. 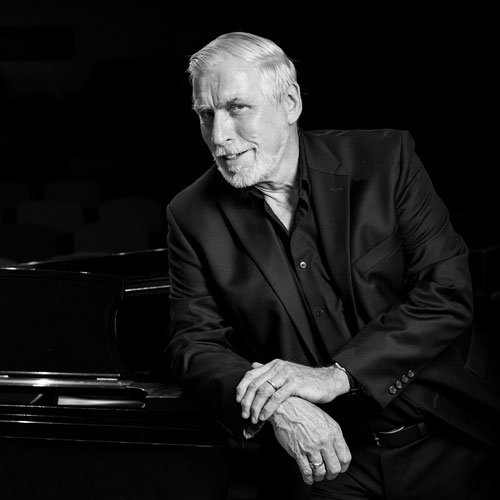 
I grew up on a rural farm in England with a deep love of Shakespeare, poetry, film, acting, gardens and animals. I started my career in broadcasting in 1975, later joining the BBC which sent me to Hollywood to cover the Academy Awards. My love of film kept me in Hollywood for a decade, during which time I met and interviewed amazing legends such as Cary Grant, Mel Blanc, Vincent Price, Alfred Hitchcock, all while narrating over 1,000 audio books. I moved to Oregon in 1990, and split my time between Oregon and Cameroon, West Africa, where I co-founded a chimpanzee rescue and sanctuary. Radio beckoned once again and I joined All Classical in 2001 as an on-air host. I created The Score in 2006, a nationally syndicated show on film music that I write, host and produce. I share my life with wife Cindy in a 1900 English cottage with a garden, cat Osiris and house rabbit Ullr.
Edmund writes and hosts The Score, a nationally syndicated film music program, which you can hear every Saturday and Sunday at 2 pm 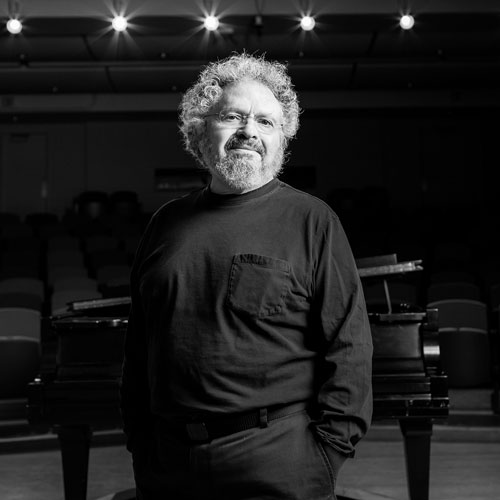 
I was born in the Bronx and grew up in New York City and Long Island. I lived in Washington, D.C. for 18 years before moving to Portland with my wife in 1991. Music has always been a big part of my life. I started collecting records a year before I had a record player. I have published five detective novels, the first of which, Served Cold, won the Shamus Award. I have been a part of All Classical Portland for more than 20 years, and it continues to be a labor of love.
Ed is on the air for Saturday Matinee from 10 am to 2 pm while the Metropolitan Opera is on hiatus. 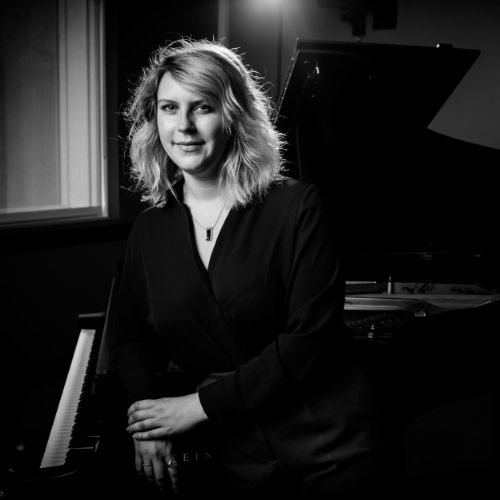 While I was tinkering around with audio software in college, I realized radio could be the career path for me. Once I graduated from Columbia College Chicago, I immediately did the next logical step and boarded a plane to Melbourne, VIC, Australia. Where I did NOT get a job in radio however when I returned to the states I was hired as a production assistant at WFMT in Chicago. During my time in Chicago, I worked on content for Lyric Opera Broadcasts, Grant Park Music Festival, and produced the Deems Taylor Award winning program Relevant Tones. 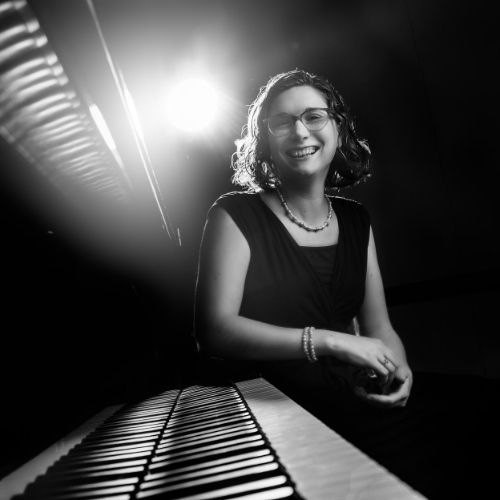 My delightful task at All Classical Portland is to provide our staff with research regarding the cultural and historical context of our music. I find that when I learn about what a piece of music meant to the time and the people that produced it, the music speaks to me in a more personal and moving way. I hope that my work helps you find new connections with this music we love.
I hail from Pennsylvania and Ohio, where I earned degrees in voice and music history. I taught university courses in voice and music appreciation before venturing west to the gloriously arts-filled city of Portland.
When I’m not busy researching, you’re likely to find me around our city singing and playing early music, or reading and painting in the cozy home I share with my husband Nathaniel and two spunky rabbits. 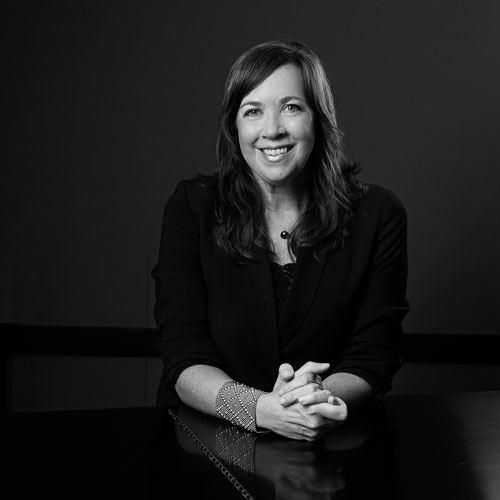 
As a passionate music fan who loves (really loves!) to talk, I'm surprised it took me so long to end up in radio, but my broadcasting career didn't begin until my 30s. After my friend Mike Chase asked me to do a show with him on a dare, we ended up working together as "Mike and Amy" for almost 2 decades, even racking up a CMA award for "best major market personalities" along the way. Aside from broadcasting, I also work as a copywriter for national brands and as an emcee/auctioneer for fundraising events. I'm proud to serve on the board of Youth Music Project, a fantastic program that provides lessons for kids regardless of their family's ability to pay. Seeing firsthand the difference that music makes in these young peoples' lives is life-affirming, and also a lot of fun.
While I've lived in New York, LA, Dublin, Paris, and DC, I was born right here in Portland and there's truly no place like home, if you ask me. I'm so grateful to All Classical for giving me this chance to connect with the people of my beloved hometown in new and exciting ways.
Amy Faust is a contributing host and producer of On Deck with Young Musicians 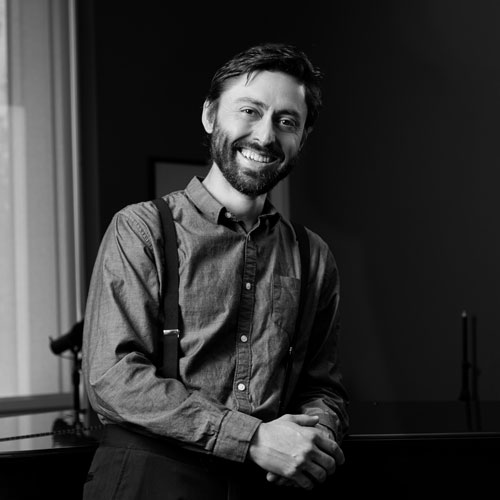 
As a kid growing up in the 90’s in Costa Rica, one of my favorite things to do was to take cassette tapes and record my favorite music straight from my hometown’s radio stations, from classical to salsa and beyond. Eventually, I started learning to play the violin and music became a powerful source of joy in my life. My adventures as a violinist, conductor and educator brought me to Portland in 2016 to work as Music Director of the Metropolitan Youth Symphony. At MYS, I enjoy working with a wonderful community of music students, their families, and our amazing conductors and coaches. I am passionate about using music as a vehicle to connect with others, and I enjoy chatting with music enthusiasts (of all ages!) about their own adventures and passions.
Raúl is a contributing host and producer of On Deck with Young Musicians.