Carlos on Music, Memories, and Portland

Director of Music and Programming John Pitman interviewed Carlos Kalmar to talk about music, memories, and Portland, Oregon. All Classical Portland has celebrated Carlos in his 18th and final season as Music Director and Conductor of Oregon Symphony in our monthly program Commemorating Carlos.

Visit the audio archive to hear this episode and more of your favorite programs.

Is there a piece of music that’s been especially important to you over the last year? What music have you turned to for strength and inspiration during this time?

There is not really a piece to which I turn in times like this…. I can speak about a composer, rather than a piece itself. Whenever I am, let’s say, “down”—I turn to Franz Schubert, and I always end up with his art songs, specifically his Winterreise and Die schöne müllerin. In both cases it’s a journey of life. I want everybody to understand that I don’t go to this music because it’s a downer—on the contrary. Sitting by myself at the piano playing, and maybe attempting to sing (which I do very badly, and nobody is allowed to hear it!) – it lifts my spirit. Schubert put things into music that nobody else was capable of, and it just helps me through times that are difficult. 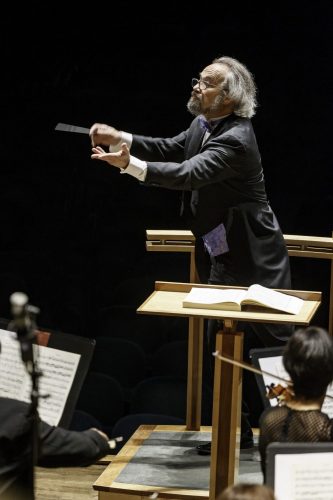 The obvious was of course Carnegie Hall in 2011—not only the concert itself, but also the recording we did which won us a GRAMMY nomination. This was the first time in the history of the Oregon Symphony when we appeared in Carnegie Hall (and this is quite an old orchestra!). And I also fondly remember all the concerts we did with the same program here in Oregon. This is of course, in terms of memory, the most exciting—all of that was incredibly important, and very impressive.

The other thing I would mention is the few times—and it happened more than once—when the end of a concert was appropriately met by silence. I remember vividly what happened when we ended Shostakovich Symphony No. 8 many years ago, and at the end—there was nothing. It also happens when you play and end pieces by Gustav Mahler, like his Symphony No. 9. These pieces would have been on the program in my last year as music director, but alas we couldn’t do it because we are all trying to stay healthy, and I hope everybody does exactly that.

What do you think makes the musical community of Portland, Oregon so special?

I would say variety. We have quite a large crowd here that goes to classical concerts of many different kinds, and of course we have the Oregon Symphony as the centerpiece—not only of output, but also I have to say, with all respect to everybody else, of quality. But we have a variety of incredibly wonderful other things—Portland Opera, Oregon Ballet Theater, Chamber Music Northwest, Fear No Music, 45th Parallel, etc. And I’m aware that Portland has a lot to offer also in terms of what is mischaracterized as “pop music” – indie rock is very strong here, and there are a lot of musicians that have very interesting musical ideas. I absolutely love their work, and all this makes up something very special that you find in our community here in Portland. 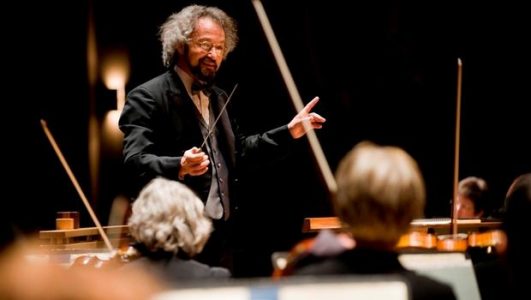 Do you have a favorite piece of music or composer whom you like to conduct?

I’ve always said that my favorite piece of music to conduct is what I’m conducting right now. Ok, it’s kind of difficult to talk about it right now, because I’m not conducting anything. But truth be told, in my long life as a conductor, I was blessed with being allowed to conduct pretty much all the pieces that I always wanted to conduct. Even as a very young student of conducting, you dream and you think “If I could only be allowed once in my lifetime to conduct Mozart’s Requiem or Mahler’s Second Symphony!” There is a very short list of pieces that I thought, “I really need to conduct that in my lifetime”—and I’ve conducted all of them. But all in all, I don’t have a favorite piece. There is so much music out there that makes me intensely happy, and I want to convey all of that happiness to audiences. And I feel very blessed that I was allowed to do so.