2022 marks the 157th anniversary of the emancipation of enslaved African Americans in former Confederate states. On June 19, 1865, Union soldiers arrived in Galveston, Texas, with news of the Emancipation Proclamation. It was more than two years since the Proclamation had been issued in 1863, but it took until that day for word of freedom to reach every state.

Beginning in 1986 in Galveston, celebrations of freedom became a tradition on June 19, also known as Juneteenth, Freedom Day, or Jubilee Day (a name inspired by a holy year in the calendar cycle of the Hebrew Scriptures, when prisoners were released, debts forgiven, and slaves freed).

All Classical Portland is reflecting on and commemorating this day with music by African American composers and musicians of African heritage. Tune in at 89.9 FM in Portland or anywhere in the world via the live player on our website.

Here are a few of the musicians you will hear this Juneteenth on Sunday Brunch with Suzanne Nance, throughout the day, and year round on All Classical Portland. 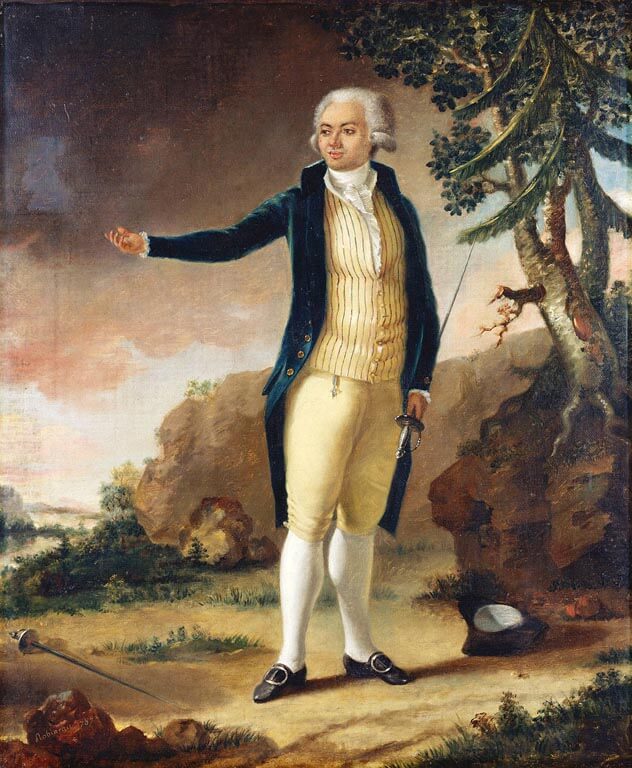 A violinist, composer, conductor, military officer, fencer, and boxer, Joseph Bologne, the Chevalier de Saint-Georges, a quintessential Renaissance man. Bologne was the son of a French planter and an enslaved African woman. Unlike most 18th century persons of biracial parentage, he received a first-class education in Paris and built a brilliant career as a musician and swordsman.

Bologne founded and conducted an orchestra, the Concert des Amateurs, for whom he commissioned Haydn’s “Paris” symphonies. He also frequently performed his own virtuosic works, including his Violin Concerto in A Major, Op. 5, No. 2, which is featured in our programming. 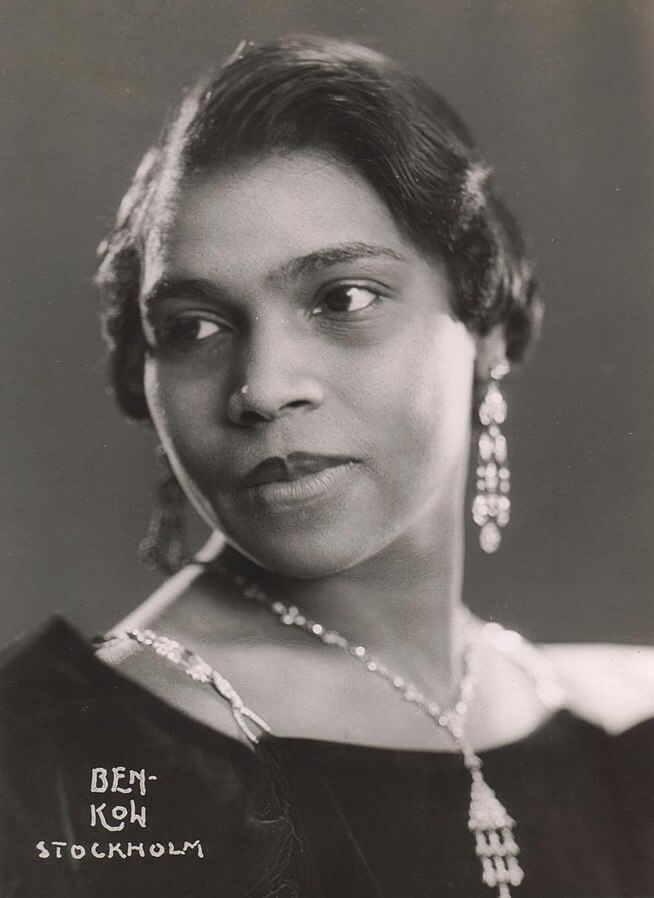 The legendary contralto Marian Anderson was one of America’s greatest singers. After a debut with the New York Philharmonic in 1925, she toured the world singing concert works, oratorio, Lieder, and spirituals with the utmost musical sensitivity.

She is also rightly remembered for her legacy a civil rights activist. When she was denied the opportunity to sing a recital at the D.A.R.’s Constitution Hall in 1939, she performed instead on the steps of the Lincoln Memorial, in what remains an iconic moment in the history of music and of civil rights.

This Juneteenth, you’ll hear Anderson sing the beloved spiritual, “He’s Got the Whole World in His Hands.” 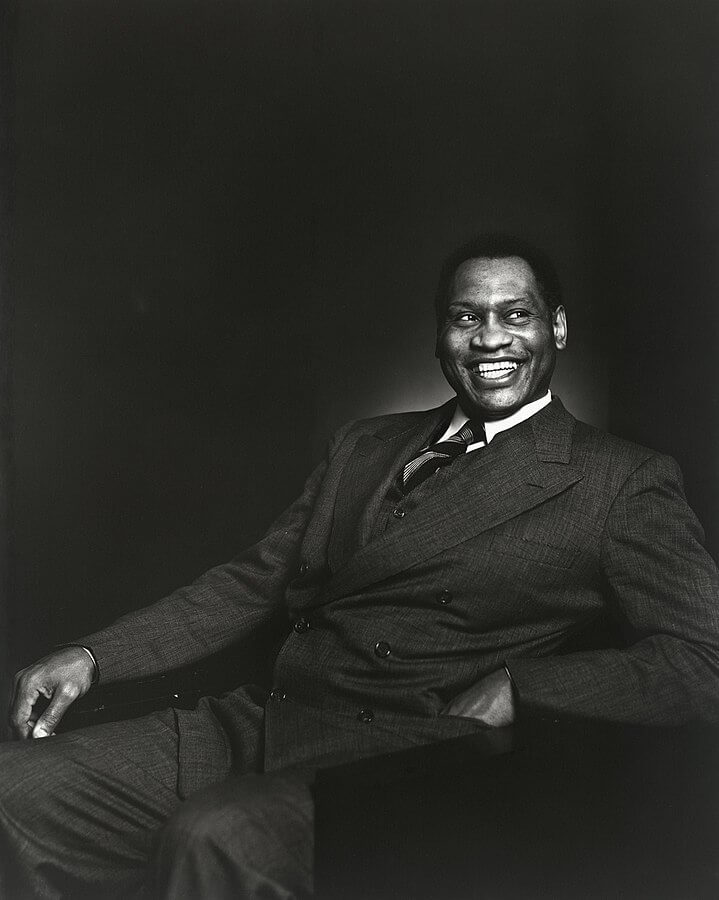 He was a significant interpreter of spirituals, which he promoted in international tours as a concert singer. “Ol’ Man River,” from Hammerstein and Kern’s Show Boat, was written especially for Robeson, and he made it a signature song throughout his career, even personalizing the lyrics to reflect his determination to keep fighting for the social justice causes that meant so much to him. 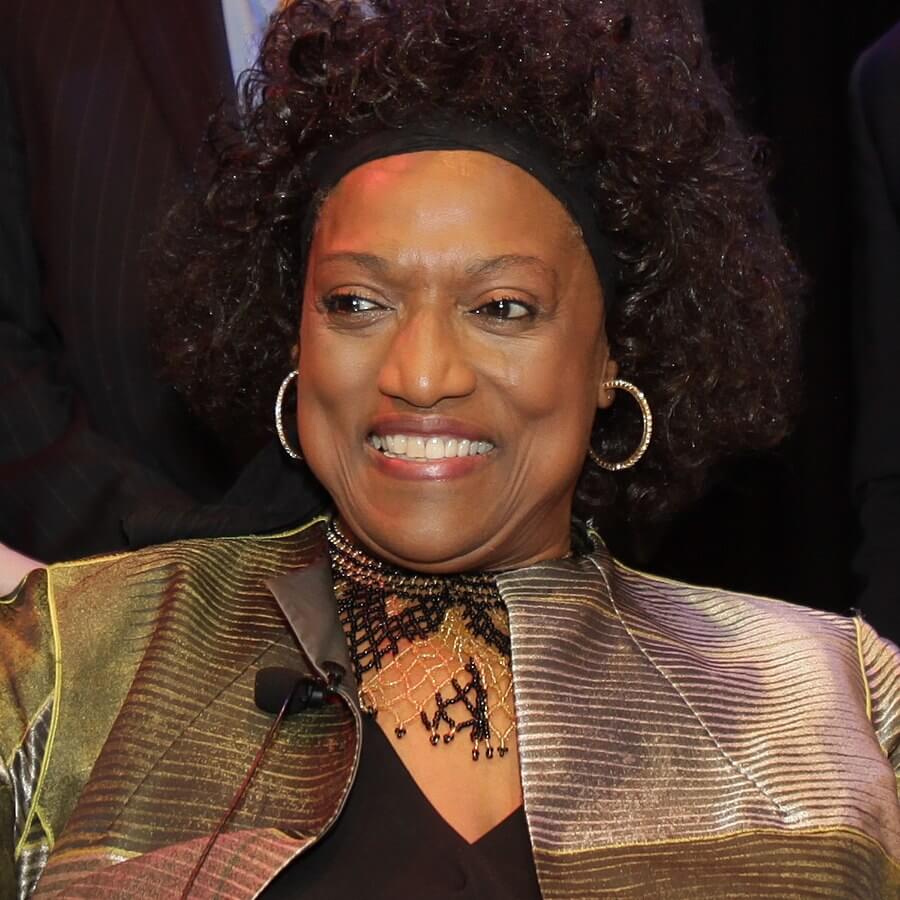 Jessye Norman was one of the 20th century’s great dramatic sopranos, who graced the Met stage countless times since her debut there in 1983. But her repertoire was not limited to the likes of Wagner and Strauss.

Our programming will feature a selection from Norman’s album Roots: My Life, My Song, which was recorded live in Berlin in 2009. Through the album, Norman explored jazz, spirituals, and gospel. You’ll also hear Norman sing the spiritual “O, What a Beautiful City” as a duet with Kathleen Battle. 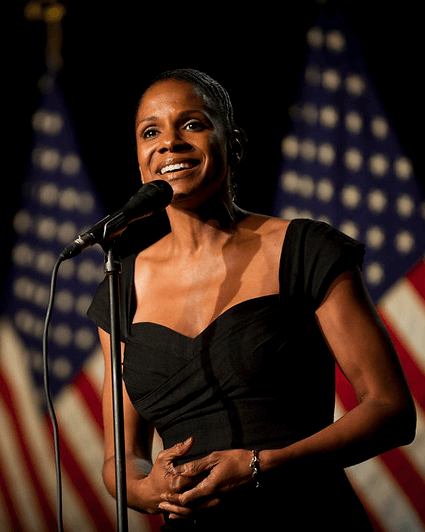 Actress and singer Audra McDonald is one of the brightest stars on Broadway. Equally at home in classical music, musical theatre, and jazz, her discography includes multiple original cast albums, music by Weill, Gershwin, and Bernstein, and a tribute album to Billie Holliday.

On June 19, you’ll hear McDonald sing Randy Newman’s unforgettable “I Think It’s Going to Rain Today,” as well as “Make Someone Happy” from the Jules Styne musical Do Re Mi. 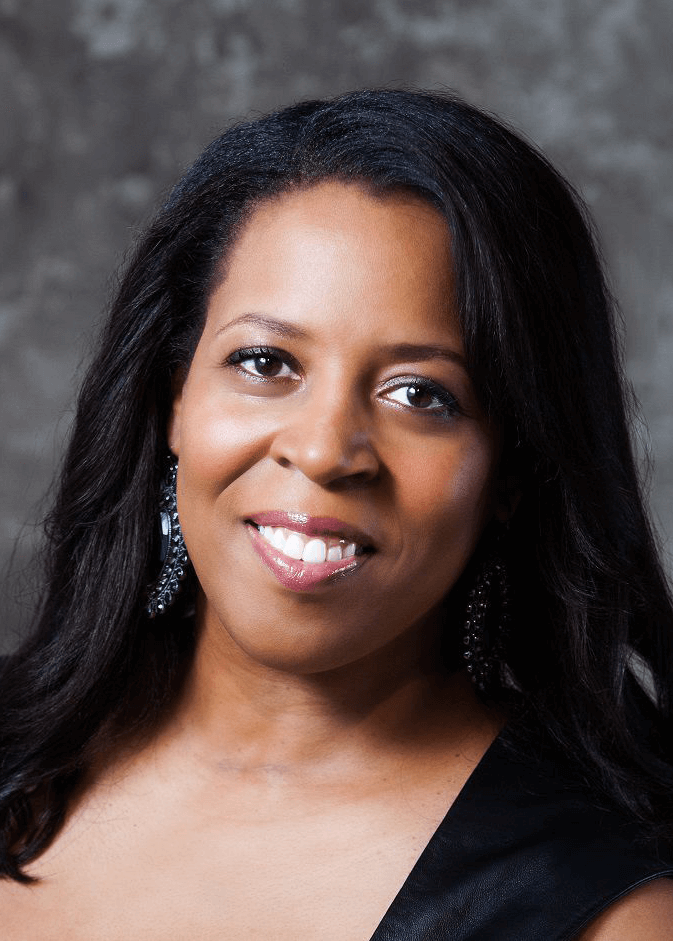 Valerie Coleman is an award-winning, Grammy-nominated American flutist and composer. In 2020, she was named Performance Today’s Classical Woman of the Year. She has received commissions from the Orchestra of St. Luke’s, the Philadelphia Orchestra, the Metropolitan Opera/Lincoln Center Theatre, and many more leading arts organizations.

Our programming will highlight multiple works by Valerie Coleman, including “Summer Night” from her 2007 suite for chamber ensemble and narrator, Portraits of Langston. The suite pairs Coleman’s music with spoken text by Langston Hughes, read in this performance by Academy Award-winning actor Mahershala Ali. 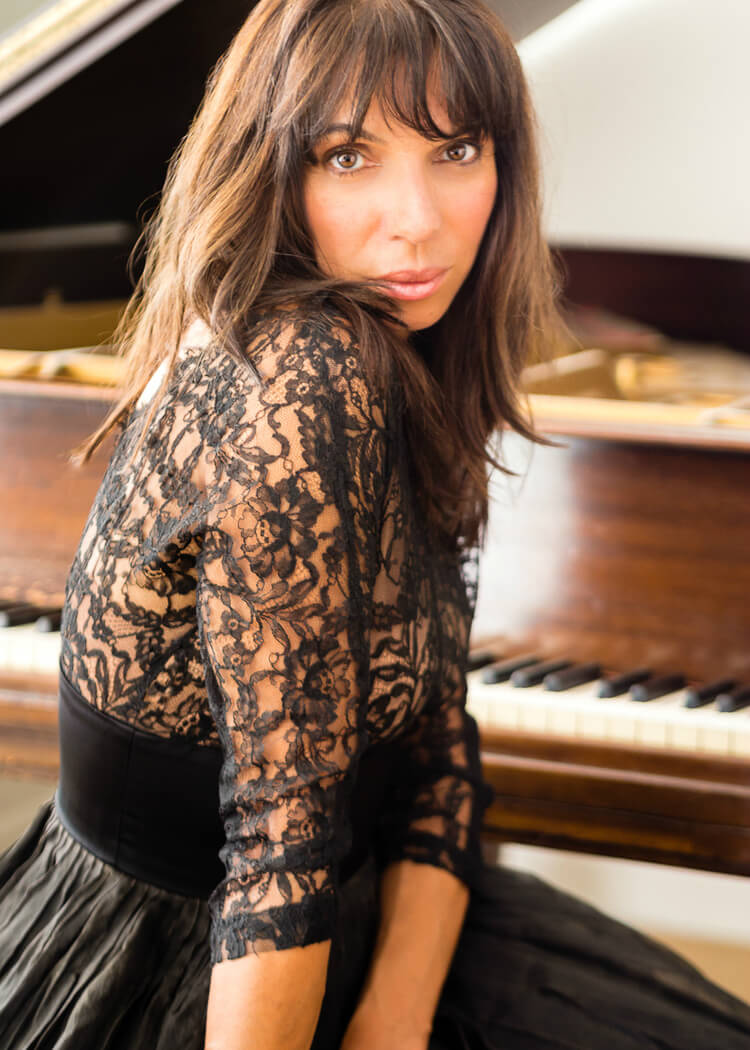 Lara Downes is a prominent concert pianist and a tireless champion of music by composers from underrepresented groups. Recent albums highlight include works by Florence Price, Clara Schumann, Scott Joplin, and arrangements of freedom songs from the Civil Rights movement.

She is the host of NPR’s Amplify, a program of conversations with influential artists of color. In 2022, she was named Performance Today’s “Classical Woman of the Year.” 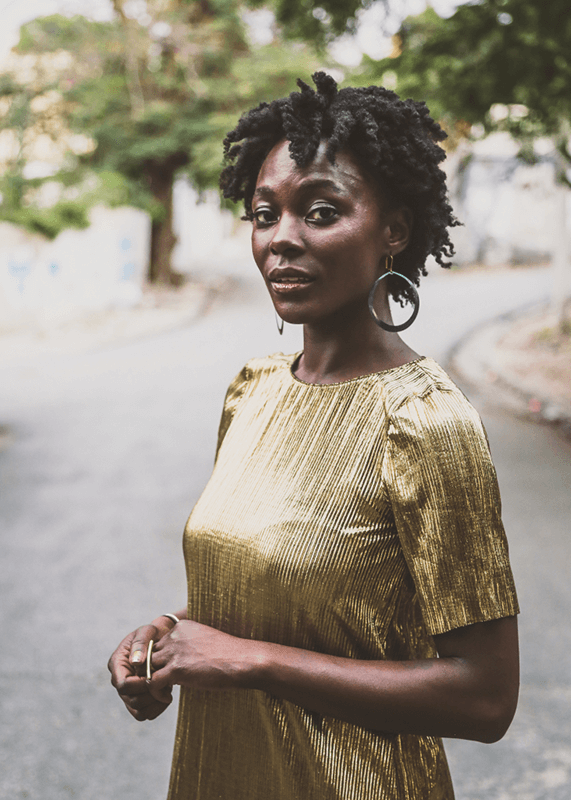 Nathalie Joachim is a Grammy-nominated, Haitian-born flutist, vocalist, and composer.

Our programming on Juneteenth will feature “Papa Loco” from Joachim’s large-scale chamber work, Fanm d’Ayiti (Women of Haiti). Commissioned by the St. Paul Chamber Orchestra, and premiered in 2018, Fanm d’Ayiti is “a celebration of some of Haiti’s most iconic yet under recognized female artists, as well as an exploration of Joachim’s Haitian heritage.” This innovative composition integrates the recorded voices Haitian women, including interviews with historic artists, and, in “Papa Loco,” the voice of Joachim’s own grandmother. 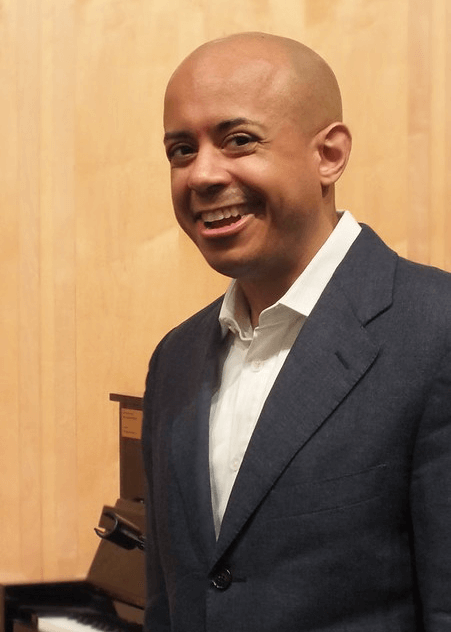 Photo courtesy of the Princeton Public Library, via Flickr.

Canadian concert pianist Stewart Goodyear is greatly in demand as a concert artist: his 2022 engagements alone include performances with the National Symphony Orchestra, the Baltimore Symphony, and the Seattle Chamber Music Festival. He is also a composer: you can hear his suite for piano and orchestra, Callaloo, in an album from Orchard Classics. His extensive discography includes major piano concertos by Grieg, Tchaikovsky, and Rachmaninov, as well as Beethoven’s complete piano sonatas and concertos.