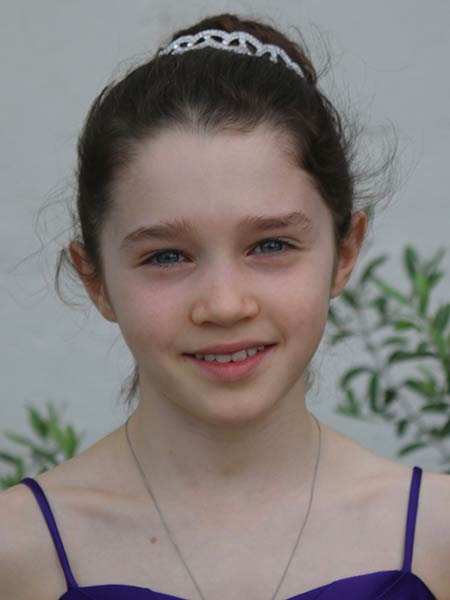 Her latest accomplishment is to have been selected by Niel DePonte to perform at the 26th Young Artists Debut! Van Buren Concerto Concert on June 4, 2021. This concert, produced by COGNIZART (formerly MetroArts Inc), will allow Angela Rose to perform as a soloist accompanied by a full orchestra that includes members of the Oregon Symphony. As impressive as this is, this will not be her solo debut: she performed with the Oregon Mozart Players in February of 2019.

Angela Rose has been a student of Hamilton Cheifetz since she and her family moved to the Portland area from California in 2018. When she’s not practicing, she enjoys playing classical and Celtic music with her two brothers, learning languages, and caring for her twelve chickens and bunny.