As part of All Classical Portland’s Recording Inclusivity Initiative, five pieces were recorded, including “Taking Names” by Jasmine Barnes. Soprano Karen Slack and pianist Yoko Greeney tackled this moving work for the official recording. Enjoy the conversation below as RII Executive Advisor Mara Miller and Slack speak about the importance of this piece, the inspiration behind it, the changing culture of classical music as new generations advance in the field, and more! 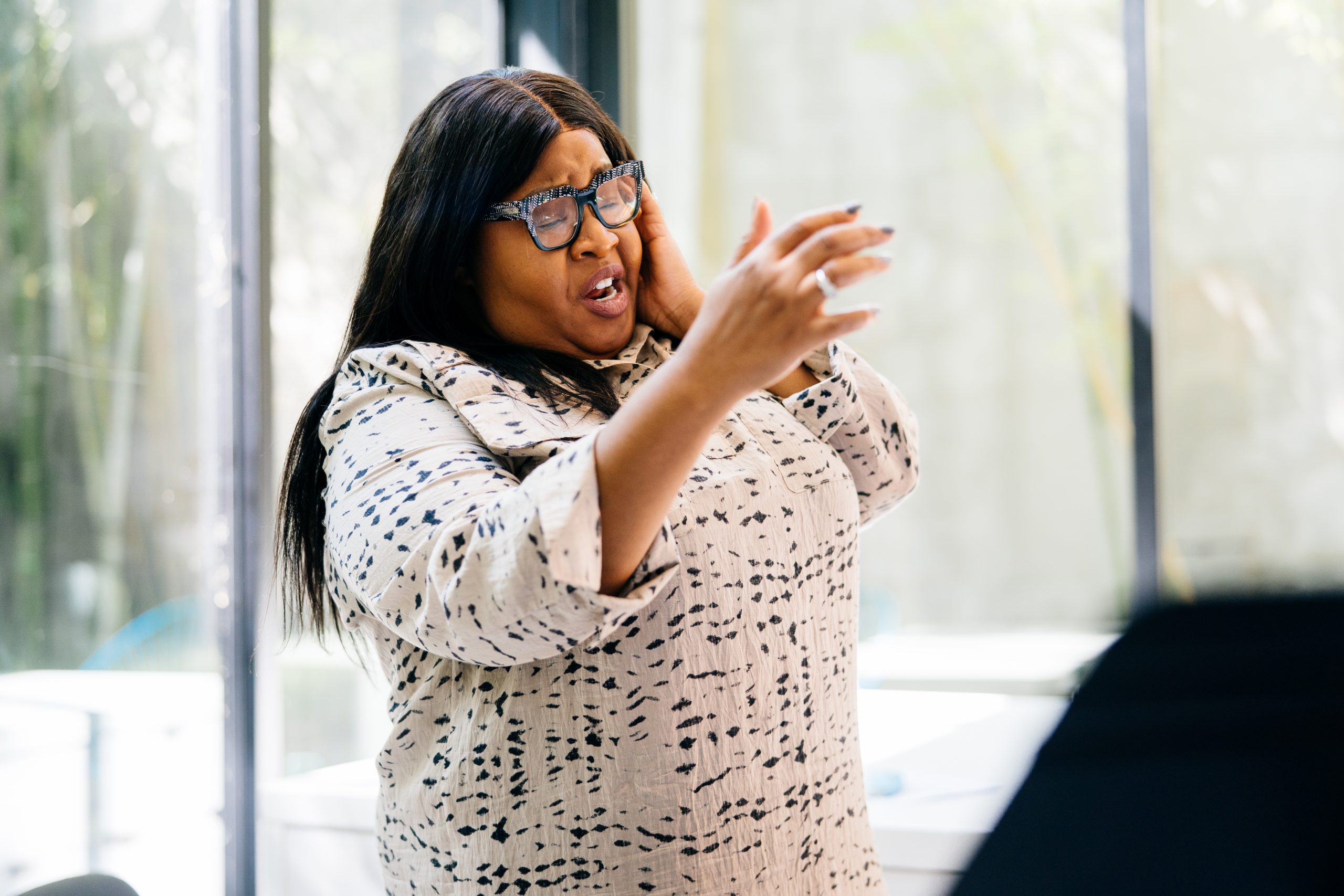 MM – Let’s dive in! I know performing as part of the Recording Inclusivity isn’t your first Portland collaboration. You’ve also served as Artistic Advisor for the Portland Opera. What has been your experience of Portland as a city?

KS – Actually I haven’t had a lot of time to explore the city. A lot of the work I’ve done has happened during the pandemic, so we couldn’t really gather closely as I would have wanted in different circumstances. I helped Portland Opera revamp their artist program and bring in some really talented new singers. I did get to spend a little bit of time on the coast while taking part in the Recording Inclusivity Initiative though!

KS- Really beautiful! The Oregon coast is stunning. Overall, Portland seems like a place that is ready for change in many ways. It will be interesting to watch the city within the next year or two after so much has happened during the pandemic (not only with the virus, but regarding social justice efforts).

MM – I agree. This piece that you’ve recorded for the Recording Inclusivity Initiative speaks on racial injustice. “Taking Names” by Jasmine Barnes is a work that you commissioned. Can you tell us a little bit about how this work fits into the larger work it’s a part of and your vision for it?

KS – I reached out to Jasmine because I was curating a work called #SayTheirNames: Women of the Movement, which was a docu-film/recital about various Black women who started social justice movements. I was inspired by Ida B. Wells and her work with the anti-lynching movement and Fannie Lou Hamer regarding voting rights. I ultimately chose Sojourner Truth, Ida, Fannie, and also Kimberlé Crenshaw (who is a founder of the African American Policy Forum and the hashtag #SayHerName that spotlights Black women murdered by the police). In the docu-film, I knew that each woman I chose to feature needed to have her own song dedicated to their movement. Because #SayHerName is so new as a political movement, it felt appropriate that a piece had to be created about it.

I knew Jasmine was the right person to write “Taking Names” because of her…I can’t quite put my finger on it. I don’t think she’s written anything like this before, so I really pushed her to use the piano fully as an instrument and experiment with sounds. I knew I wanted this piece to feature the names of the women that we all knew: Sandra Bland, Breonna Taylor, Atatiana Jefferson, but I also knew that I wanted it to be theatrical, more theatrical than any of the other movements, because this movement is the most current. It needed to reflect the sound of right now. Jasmine knocked it out of the park and recruited the librettist, Shana Oshiro, and she did so well with everything. I hope it’s a piece that gets done more often on it’s own, but as part of the larger work as well. “Me Too” and Black Lives Matter are spotlighted in the larger work and they will still be relevant years from now. We have to continue to speak to these movements because they’re still happening. 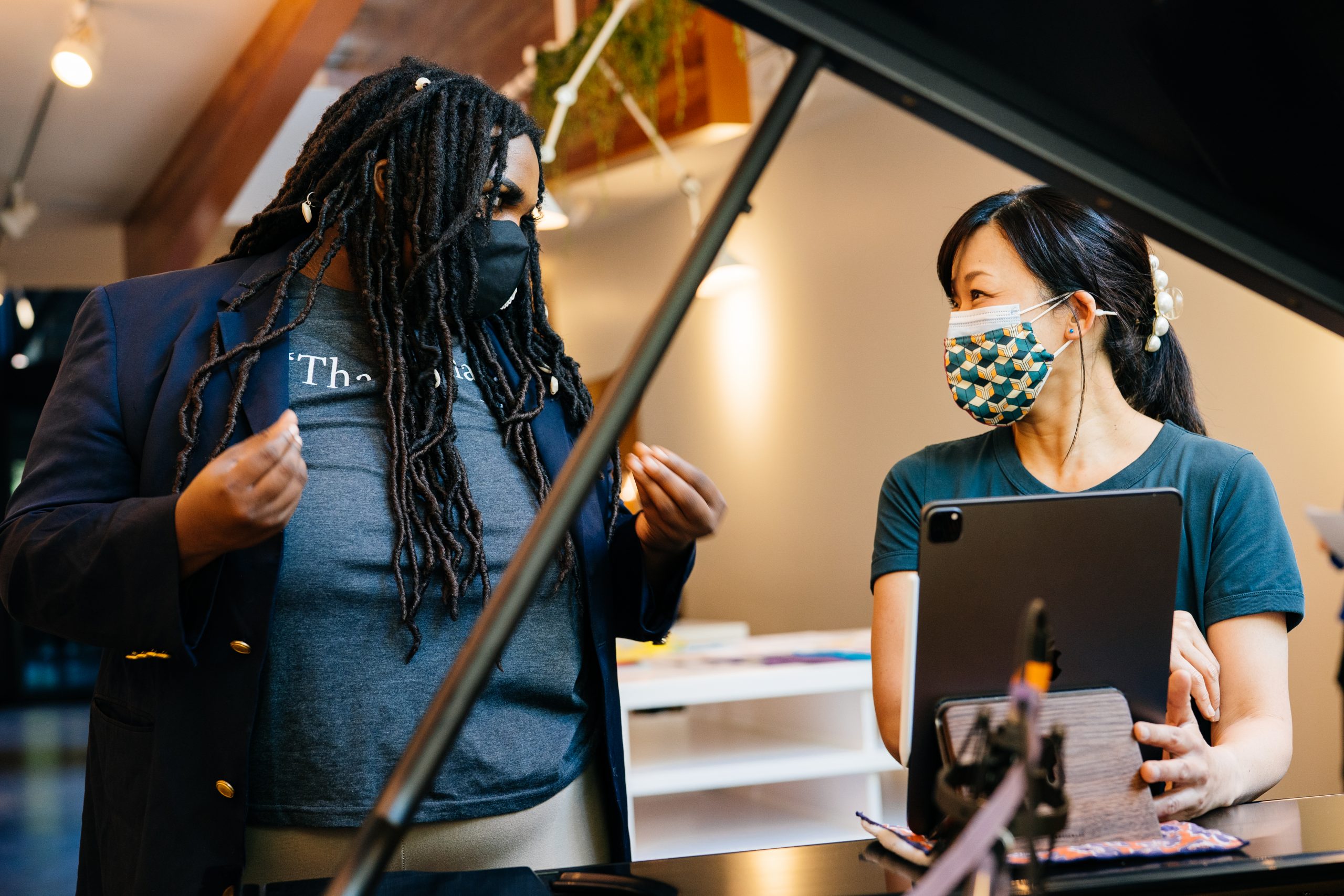 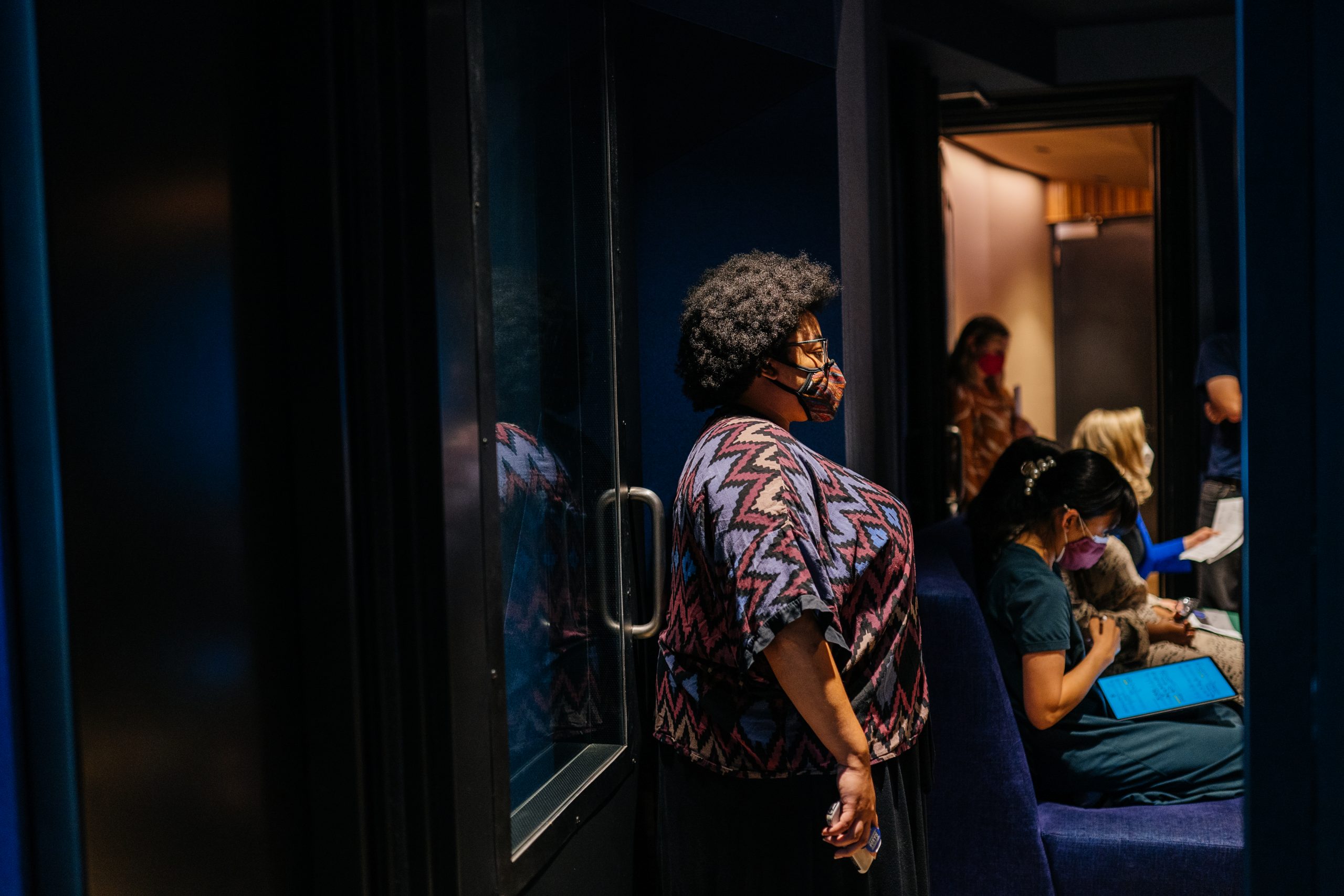 MM – Can you talk about the process of commissioning works? Many young people are navigating this really difficult financial landscape right now so I feel like the conversation of commissioning things isn’t happening a lot amongst younger generations, or are you seeing that? Do you have any advice for any young people not knowing where to start in regards to how to commission a project?

KS – I was fortunate enough to have the support of Lyric Fest to assist in commissioning “Taking Names.” As far as advice, I would encourage folks to find a composer that they really want to work with and collaborate on a subject matter or do thorough research on a topic you’re really passionate to sing or play about. A lot of us get overwhelmed by the thought of commissioning because we’re worried about cost, which stops a lot of people from going through with it.

You will find right now that many Black musicians and composers are overwhelmed with work because all of sudden [referring to the calls for racial equity during the summer of 2020] they are being sought after for projects. The expectation should be that payment is necessary when commissioning someone for a project, but oftentimes, people surprise you because they’ll want to write a song for you solely out of creative desire.

Funding around commissions is also super elusive. Sometimes composers don’t even know what to charge. There’s not a set public scale which can be frustrating. The more well-known composers could be charging $1,000 per minute of music and so many people aren’t looped in to know those sorts of things. How much does writing a string quartet cost? What about two instruments and voice? No voice at all? Those business aspects are important to know.

There are grants available for those types of projects. Sometimes musicians will band together and write grant proposals to get things funded or there are also sponsors who want to support what it is that you’re doing financially. Even fundraising platforms like GoFundMe could be beneficial or you may be able to negotiate a payment plan. Everything is possible.

MM – As a prolific performer in classical music, what are some differences that you’re noticing in this upcoming generation of performers? Are you seeing a variety in culture, creativity, or approach than when you were coming up?

KS – Yes! Many differences. It’s so interesting how different a whole generation can be. I’m sure the generation above me says the same thing about mine. I think this generation of artists are slightly bolder. The concept of “paying dues” that was super prevalent in my generation is not as important to this upcoming one. There’s a clarity that social media offers in regards to career that makes the path more accessible and attainable in a way. I think this generation is not afraid to speak up candidly if something is not right without fear of backlash.

I love that this generation deals head on with heavy topics like trauma, wellness and mental health. My generation was very much like, “just focus on the music and don’t think about your wellness.” Personal matters weren’t supposed to bleed into professional life. I can’t say that’s always the most healthy way to go about a career. Personally, I lost my mother when I was 19. At the same time, I was studying at Curtis, winning competitions, and finding some professional success. I don’t think I would have made it to this point in my career if I didn’t have the disposition back then to channel my energy towards accomplishing my goals and focusing on the art as opposed to bringing my grief into the process. It’s just a different process. 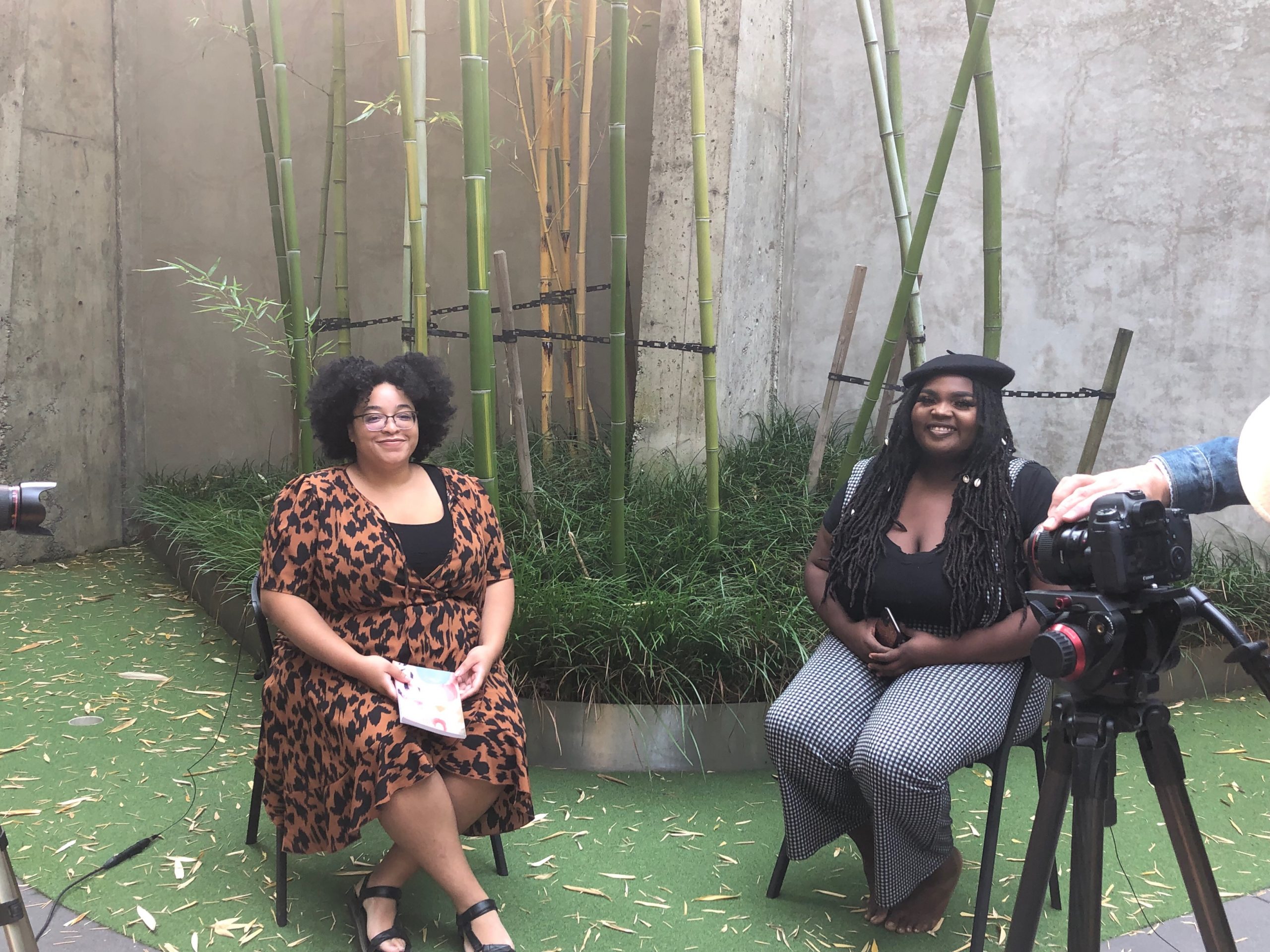 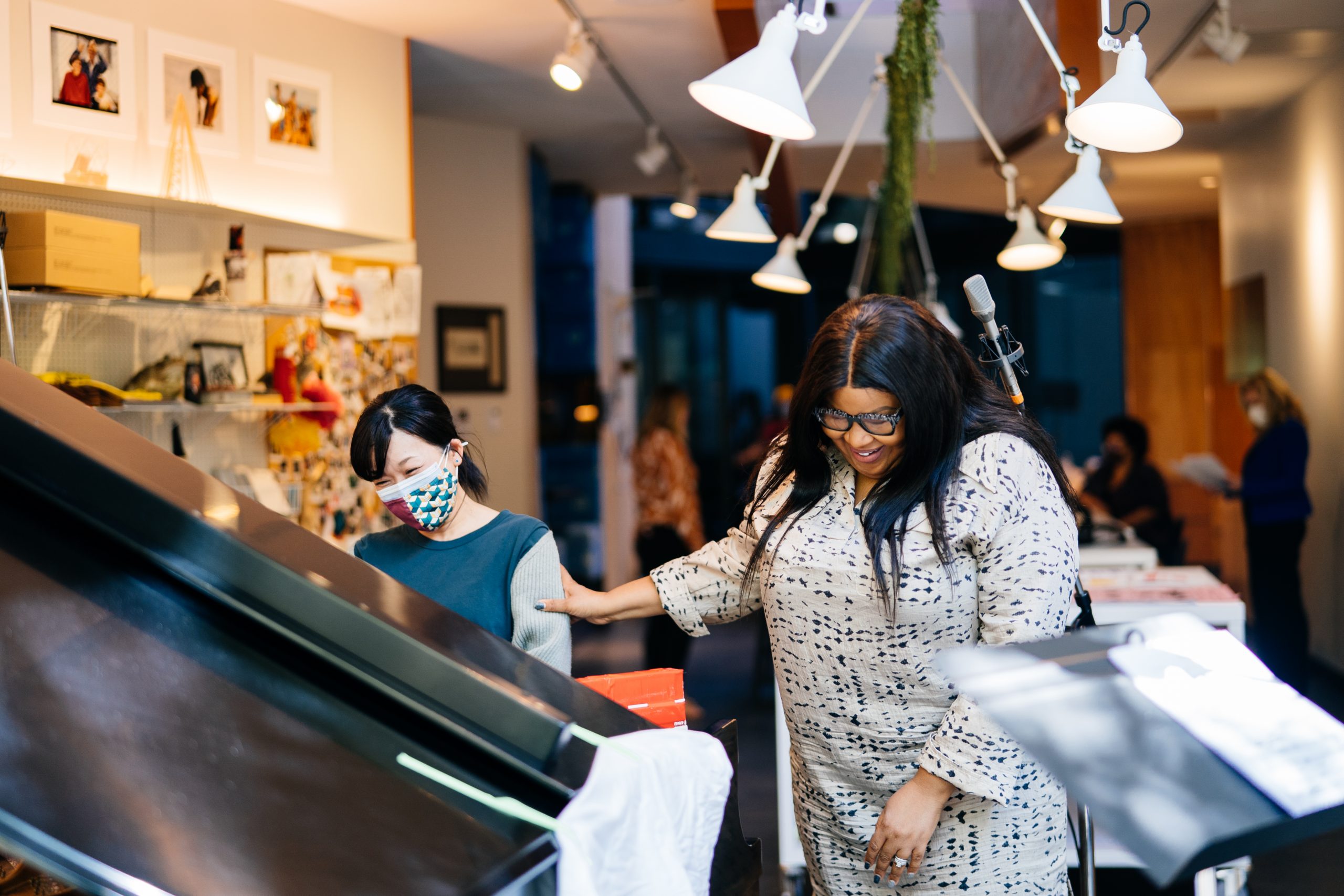 MM – It feels like culturally, values are shifting quite a bit. I think people are looking to have more of a balanced life where the art can stand alongside your personal journey. You were saying before, there was an intention of letting the art speak for itself, but this newer school of thought is that art is art + life connected. That’s an interesting shift, for sure.

KS – Yes. I made a point to get married and feed that part of my heart/soul. I witnessed so many other artists in my generation giving their all to the art and purposefully not prioritizing a family. There were so many teachers that channeled their whole life into their artistic gift, not really having lives outside of it and maybe placing that nurturing energy into their students, not families of their own. To each their own, of course.

MM – That teacher/student connection was where they got a lot of that joy. Going back to something you said earlier, mentorship seems like something that is very important to you and that your generation didn’t get a lot of chances to be on the receiving end of. What drew you to mentorship and how important do you think it is in regards to moving classical culture forward?

KS – I think mentorship is extremely important. It’s just as important as having a great teacher or a great coach. I can tell the difference between people within the industry who have had mentors and those who have had to free flow through things. I wish I would have had the opportunity to have mentors that looked like me.

I think it is so important to have mentors from your own culture to help you navigate things. There are certain conversations you can have with true empathy. There are certain things you can unpack together in a safe way. I always try to strive to be the mentor I always wished I had growing up.

I want other singers to learn from my mistakes as well as the really good choices I’ve made. I want to be able to share that and pour into my mentees as opposed to many folks in my generation and the generation before me who thought, “oh, they will figure it out” or didn’t give any advice out of fear of giving the wrong advice. That is unacceptable to me. My father was a basketball coach for 50 years, so I think a bit of it runs through my blood to mentor. It felt very natural to do. If I see a talent like Jasmine [Barnes], I feel inclined to affirm her.

MM – I love that! Thank you so much for taking the time to speak with me. I’m really excited to hear the final recording of “Taking Names.”

KS – I can’t wait. I can’t wait to maybe turn on the radio one day and hear it. So exciting! 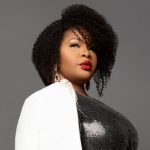 A recipient of the 2022 Sphinx Medal of Excellence, celebrated American soprano Karen Slack has garnered international renown for her artistic versatility, charisma and entrepreneurial endeavors. She has received critical acclaim for her dynamic and passionate performances in both lead operatic roles and on the concert stage, and as a sought-after collaborator who is known as a leader and advocate, as a curator and artistic advisor, and for her ground-breaking
approach to engagement. 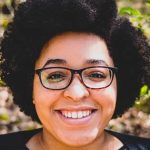 Mara Miller is a Nashville-based flutist and creative. She currently serves as a board member for the International Society for Black Musicians and the modern chamber group chatterbird, while contributing as a freelance social media consultant for several arts organizations. She is an Executive Advisor to All Classical Portland’s Recording Inclusivity Initiative.

Read other posts by Mara Miller