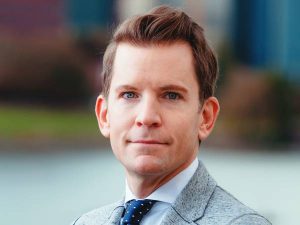 Scott Showalter’s first interview with Suzanne Nance originally aired on April 18, 2020, and a follow up interview aired on July 17, 2020. Listen to both below.

Before moving to Portland, Scott Showalter worked as vice president of the Los Angeles Philharmonic, associate vice president of the University of Chicago, and associate dean of Stanford Law School. He served on the executive teams of each of these organizations, while planning and running annual, capital, and endowment fundraising campaigns.

A classically trained pianist, Showalter holds a dual undergraduate degree in Economics and German Studies from Stanford University and an MBA from the University of California, Los Angeles. He additionally serves on the board of Northwest Academy, an arts-focused college preparatory school in Portland, Oregon. Mr. Showalter became president and chief executive officer of the Oregon Symphony, one of the largest arts organizations in the Pacific Northwest, in July 2014.