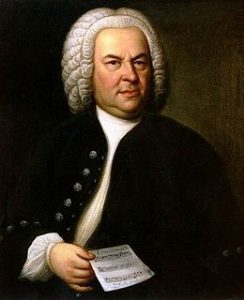 The Bach Cello Suites are some of the most recognizable and well-loved pieces of music in both classical and popular circles. They have been featured in concerts and commercials alike, transcribed for a diverse array of instruments, and interpreted by every style of music imaginable, from swing to electronic. However, little is known about the history of the suites, or even how they were originally meant to be played. An in-depth analysis of the Bach Cello Suites often comes up with more questions than answers. Confirmed knowledge of the suites, or their composer, is rare, and experts in the field must often make peace with assumptions and educated guesses. So, how does one go about unpacking the suites’ mystery? To begin, we must start by examining the first step of the suites’ inception, with the life and history of the composer who first put them to page.

The brief glimpses into Johann Sebastian Bach’s personal and professional life paint contrasting pictures of the composer. Some historical anecdotes point to Bach being somewhat of a hooligan. While working as an organist in Arnstadt, Germany, Bach engaged in a fistfight with a member of the orchestra after allegedly calling him a “nanny-goat bassoonist” (the insult, though colorful, has probably lost something in translation). Bach was also known to play truant, particularly while he held a teaching position, as was the case when he left on an unauthorized absence from Arnstadt in 1705, and when he neglected his duties as cantor in Leipzig in the latter half of his life. While Bach was reverential to royals, often to an excessive degree, it was only when it suited him. He was known to combat their orders aggressively when it conflicted with his professional pursuits, which in one case, led him to being jailed by his employer, the Duke of Weimar, after aggressively pushing his request for dismissal from his position as the Duke’s organist in 1717. And though Bach has the reputation of being a god-fearing, rather conservative man, he participated in his share of romantic trysts. While working in Arnstadt, he was scolded for allowing a “strange maiden” into the church loft, who many believe later became his first wife, Maria Barbara. While married to his second wife, Anna Magdalena, Bach was something of a romantic, gifting her with songbirds and yellow carnations. In addition to this, he was a devoted family man, incredibly proud of providing education for his sons and for the musical careers that many of them would pursue.

It seems only right that such an elusive and at times, contradictory, character would produce some of the most mysterious and lauded pieces of music known today – the Bach Cello Suites. Their story is much like their creator’s, plagued with a history of being mistaken for dull before a sudden and celebrated rediscovery.

To begin the story of the suites, one must begin in Cöthen, Germany, with an older, more confident Bach as Capellmeister for Prince Leopold of Anhalt-Cöthen. Leopold’s court was nestled in the countryside, but boasted a rather cosmopolitan collection of virtuoso musicians and a very capable Capellmeister in Bach. The Suites are believed to have begun following Bach’s composition of the Brandenburg Concertos, with each concerto featuring solos of a different instrument. One was a concerto for the viola da gamba, a bowed string instrument popular at the time, and is thought to have been written for Prince Leopold, who favored the instrument. The viola da gamba part of this concerto is simple, while the accompanying instruments play intricate and captivating parts that capture the listener’s attention – believed to be a move by Bach to include Prince Leopold in the music-making without embarrassing the prince and exposing his rather modest talent in the face of his virtuoso accompaniers. Bach Scholars believe that this was the first time Bach experimented with solo performance for instruments like cello, which many believed were best suited to play in the background, supporting the melody of more dazzling instruments.

Following the Brandenburg Concertos is the period of time around 1720 that scholars believe Bach composed the cello suites, while he still worked as Capellmeister in Cöthen. The year, though a confident and educated guess, has never been confirmed, as the original manuscript of the cello suites has never been located. Bach later relocated to Leipzig, Germany, to work as cantor and to provide an education for his sons in the nearby university. Though he hoped his relocation would advance his career and bring him recognition, he was disappointed and began looking for new work soon after. Ultimately, this proved unsuccessful and Bach remained in Leipzig for the remainder of his life. Despite these disappointments, Bach experienced a period of creativity in Leipzig and produced many of the compositions that, after his death, propelled his long overdue fame.

Bach did not experience fame during his lifetime; however, he did experience minor recognition as a talented harpsichordist, a teacher, and a rather stale technical expert – never as a composer. This is most likely because Bach never lived in a musical hub, like Vienna or Paris, spending most of his life in towns and minor cities like Cöthen and Leipzig, and never composed operas, which were the catalyst to classical music fame at the time. More than a century after the alleged composition of the Bach suites, Felix Mendelssohn conducted Bach’s St. Matthew Passion, effectively pulling Bach from his spot on the shelf as a great, but rather uncelebrated, technical expert, and dusting him off to reveal a formidable composer in his own right. This performance initiated what would soon be called the Bach Revival – a period of time where Bach’s masterpieces were reexamined and reintroduced to the world. 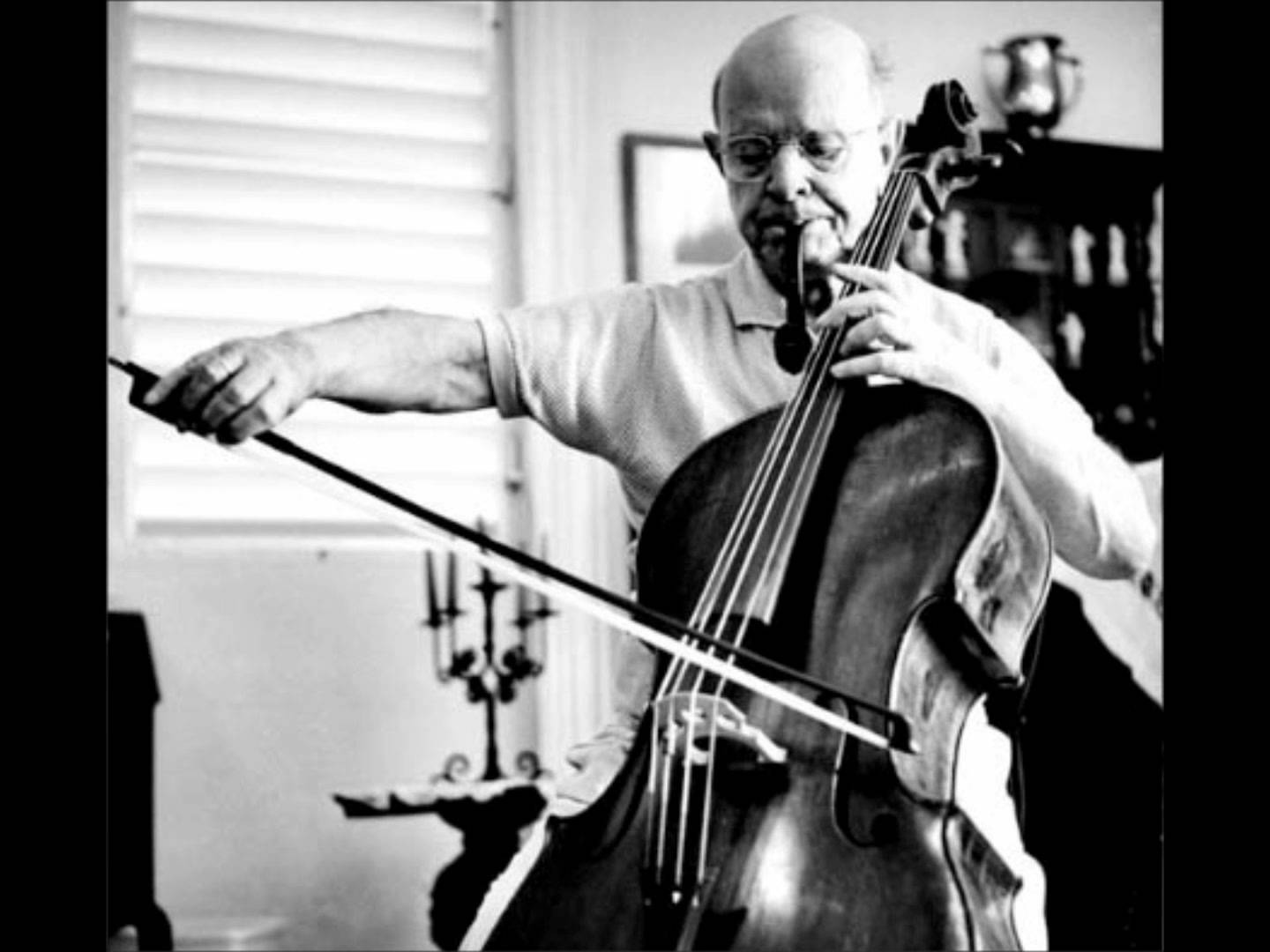 The Bach Revival had begun, but the cello suites still languished without recognition. It was another fifty years before the inquisitive eyes of a thirteen-year-old cellist by the name of Pablo Casals found a battered copy of the suites, thought of then as a collection of humdrum studies for the aspiring cellist, in a second-hand music store in Barcelona. He would practice the suites for thirteen years before performing them publicly. When he did, near the turn of the century, the suites experienced a meteoritic rise in popularity and transformed from bland studies to one of the most celebrated collections of music today.

One of the great beauties of the cello suites has also been one of their greatest vexations for scholars and musicians alike: their lack of musical markings or notes. The earliest manuscripts, copies penned by Bach’s second wife, Anna Magdalena, bear no indication of how Bach thought the pieces should be played, and thus are completely up to the interpretation of the performer. It is for this reason that the cello suites are so versatile, that they can be articulations of distress in one moment, and absolute giddiness in the next. Yet, this aspect of the suites gives them their transcendental quality. The necessity of the performer’s interpretation makes them some of the most personal pieces to performers and listeners alike. Pablo Casals, for one, would hold the suites dear for his entire life – making a routine of playing a suite each day of the week (the sixth he would play on both Saturday and Sunday). The suites were the background music for some of the worst moments of social and political strife for Casals. While Francisco Franco’s forces attacked his homeland of Catalonia in the Spanish Civil War, Casals was in the midst of recording the cello suites for the first time. Following this period, Casals boycotted performing in any country that recognized Franco’s regime, with one exception for President John F. Kennedy. Even then, he refused to play the cello suites. In addition to Casals, Mstislav Rostropovich, a Russian cellist and human rights activist, played the suites at the fall of the Berlin Wall in 1989, as a way to welcome East Berliners who were crossing the wall. At the tenth anniversary of the September 11th terrorist attacks, Yo-Yo Ma performed the Sarabande from the first cello suite to honor the victims.

If anything, the mystery of Bach and his cello suites only amplifies their intrigue. While many have obsessed over the missing manuscript of the suites and the life of the mysterious man who wrote it, often there is only one choice that remains – to accept the little that is known of both, and to listen to the story grounded in the notes, approaching its three-hundredth birthday and just as fresh as the day it was first penned.