A Playlist of Music by Jewish-American Women

Composers, teachers, performers, conductors, singers, and cantors: the outstanding contributions of Jewish women to American music are ubiquitous. May is Jewish-American Heritage Month, and as part of our celebration at All Classical Portland, we hope you enjoy this playlist of music by remarkable Jewish-American women.

Check out our Spotify Playlist, which features these composers in a slightly different lineup of compositions. 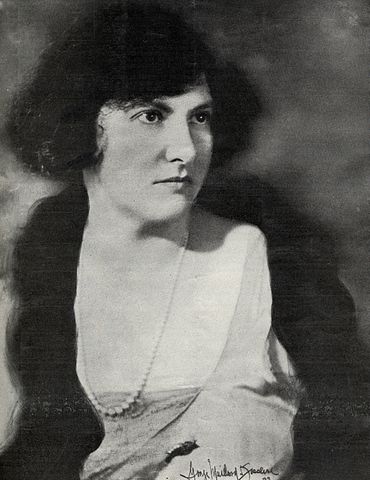 Marion Bauer was a significant American modernist composer, as well as a teacher and a music critic. She was Nadia Boulanger’s first American student, and became an influential pedagogue herself, teaching composition at New York City University and the Julliard School. Bauer was also a Pacific Northwest composer: she was born in Walla-Walla and her parents were married at Temple Beth Israel right here in Portland, Oregon! 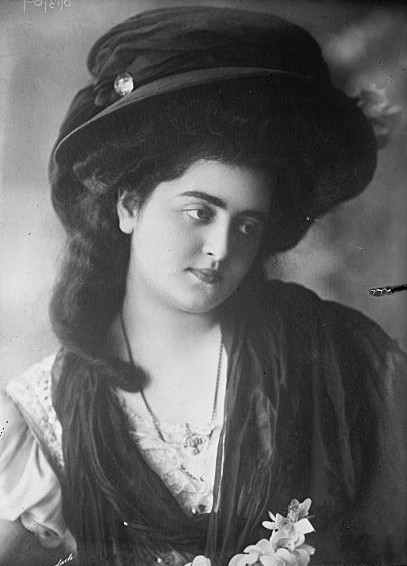 Piano prodigy, singer, actress, and composer Gussie Zuckermann was born in New York City to a Polish immigrant family. She adopted her unique stage name in her teens. Mana–Zucca’s early successes included a Carnegie Hall performance in 1902 in a concert presented by Walter Damrosch, followed by a European concert tour, during which she met musical luminaries such as Teresa Carreño. Mana–Zucca was incredibly versatile: she wrote orchestral music, chamber music, and popular songs; she sang in musical comedies; she established a musical salon at her Miami home. In this video, you’ll hear three of her piano works: her Prelude, Op. 73; Bolero de Concert, Op. 72, No. 2; and Badinage, Op. 288. 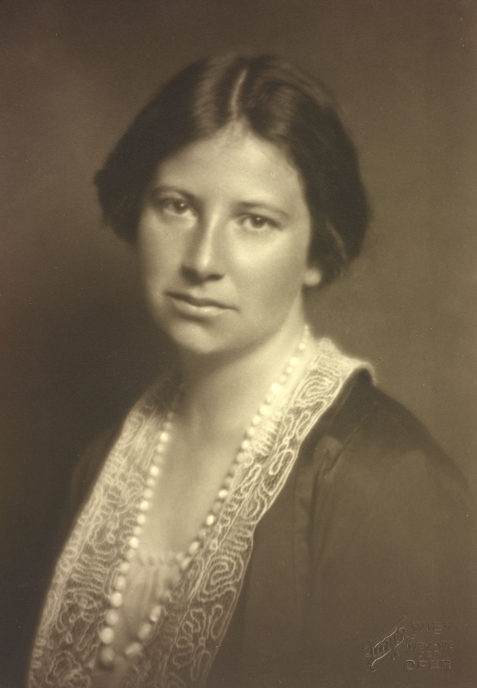 Born in Austria, Vally Weigl studied musicology at Vienna University, as well as composition and piano. She and her husband, composer Karl Weigl, emigrated to the United States in 1938 to escape Nazi oppression. (Weigl’s sister, Käthe, would be murdered at a Nazi death camp several years later). In addition to composing, Weigl was an influential music therapist, serving at New York Medical College and publishing widely in her field. 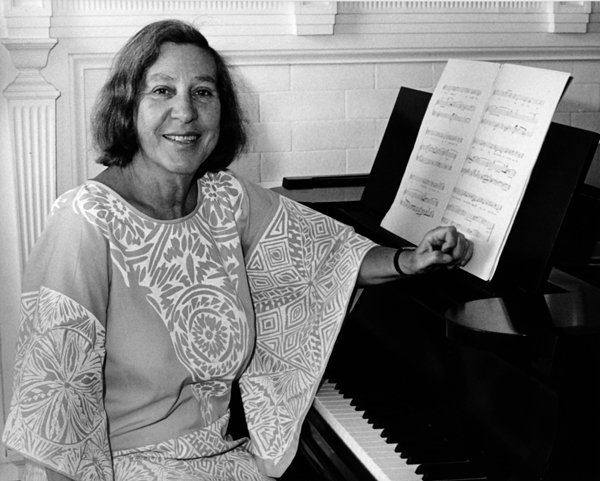 American composer and pianist Vivian Fine enrolled at Chicago Musical College at a mere five years of age, and as an adult, she went on to study with Ruth Crawford Seeger and Roger Sessions. Her work as a collaborative pianist for New York dance companies led to several dance compositions, including one for Martha Graham. Among Fine’s many accomplishments, she taught at the Julliard School, New York University, and Bennington College in Vermont, and she helped found the American Composers’ Alliance. Vivian Fine composed her Piece for Muted Strings (Elegiac Song) in 1937, and it premiered in March of 1939 at a League of Composers concert in New York City. The work is a response to the Spanish Civil War: Fine was strongly opposed to Franco’s Fascist regime. Fine designated the work “for the children of Spain.”

Air for Violin and Piano 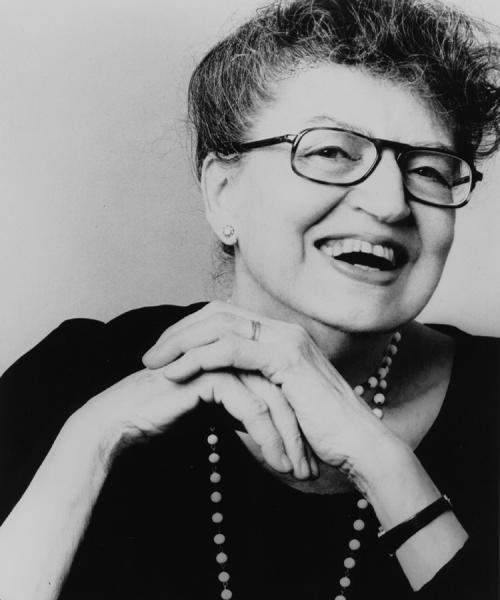 Photograph of Miriam Gideon courtesy of the Milken Archive

Miriam Gideon was particularly drawn to sacred music. Her father was a Reform rabbi, and her uncle, whom she visited every summer as a child, was the director of music at Temple Israel in Boston. Gideon studied composition with Lazare Saminsky and Roger Sessions, as well earning degrees from Columbia University and the Jewish Theological Seminary, where she also taught for forty years. Gideon holds the distinction of being the first woman commissioned to compose a setting for Jewish liturgy. In addition to her many sacred and choral works, Gideon’s instrumental pieces, like this Air for Violin and Piano (1950) display a compelling, expressive, freely atonal musical language. 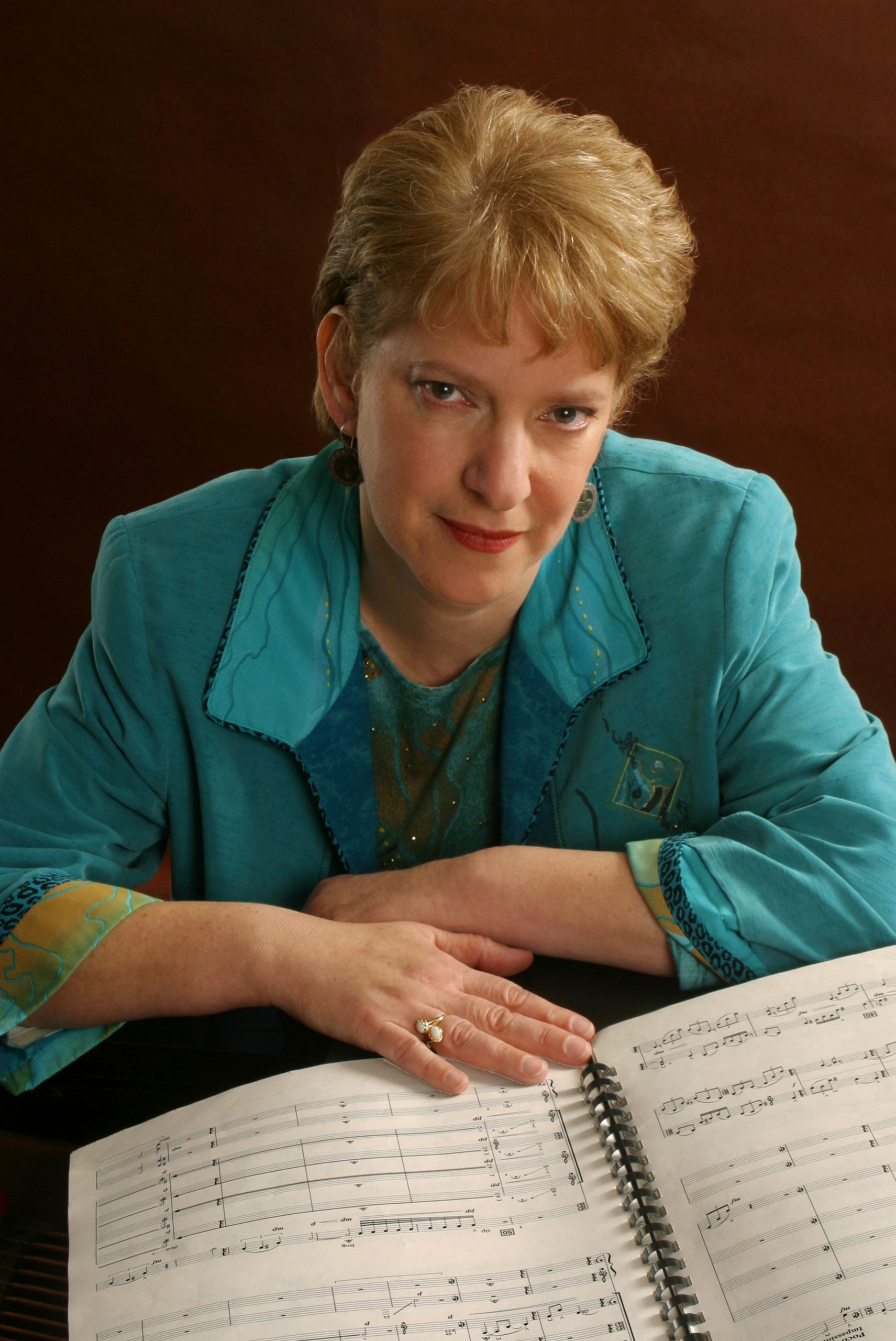 Photograph of Judith Shatin by Peter Schaaf, courtesy of JudithShatin.com

Judith Shatin is a composer equally at home in traditional classical sonorities and electronic music. A graduate of the Julliard School and Princeton University, Shatin is Professor Emerita at the University of Virginia and the founder of the Virginia Center for Electronic Music. Shatin’s Hark My Love (1991) is a tender piece for choir and piano, dedicated to Shatin’s husband.

In her program note, Shatin writes, “Hark My Love is a setting of verses from the Song of Songs in Marvin Pope’s translation for the Anchor Bible (verses 8-10, 14, 16-17). This richly-textured symbolic text sparked my musical imagination, and the lyrical translation and rhythmic flow of this translation seemed especially apt for musical interpretation. I tried to capture something of the spirit and content of the word in the musical flow and text setting.” 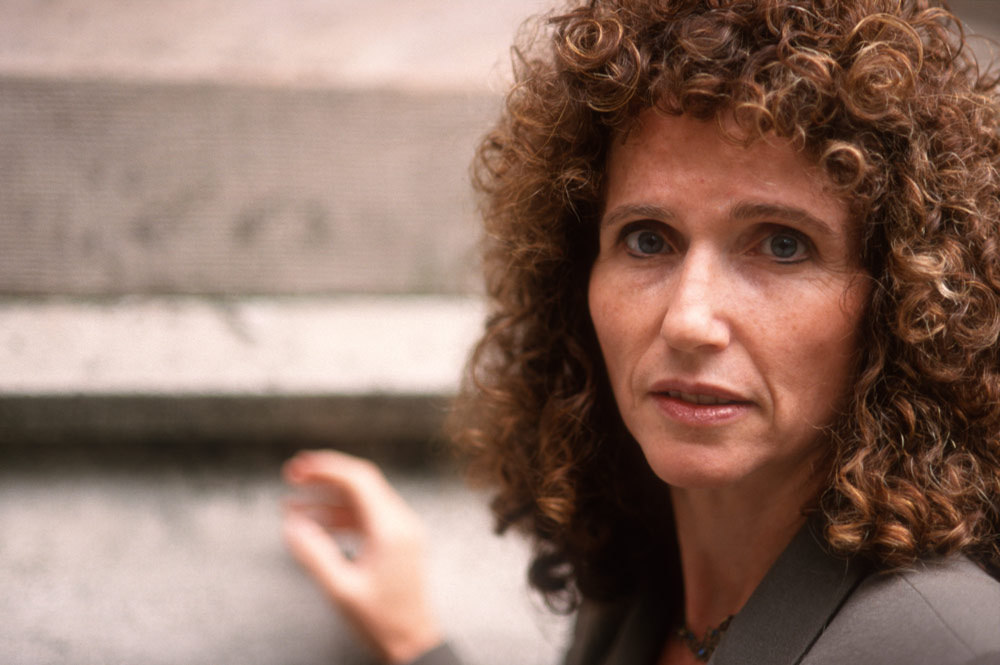 Photograph of Shulamit Ran courtesy of the Milken Family Foundation

Israeli-American composer Shulamit Ran wrote her first songs in Hebrew when she was a child growing up in Tel Aviv. Ran studied at the Mannes School of Music, and she serves on the faculty of the University of Chicago. Her many accolades include a Guggenheim Fellowship and the 1991 Pulitzer Prize for music. Our playlist features Ran’s Birds of Paradise, a work for flute and piano commissioned by the Chicago Flute Club’s 25th Anniversary Commission. In her program note for Birds of Paradise, Ran writes, “My decision to name this 12-minute work Birds of Paradise was based purely on the imagined vision of a fantastical bird of many bright and amazing colors and the ability to soar high and in different speeds, conjured up in my mind.”

Fire in My Mouth 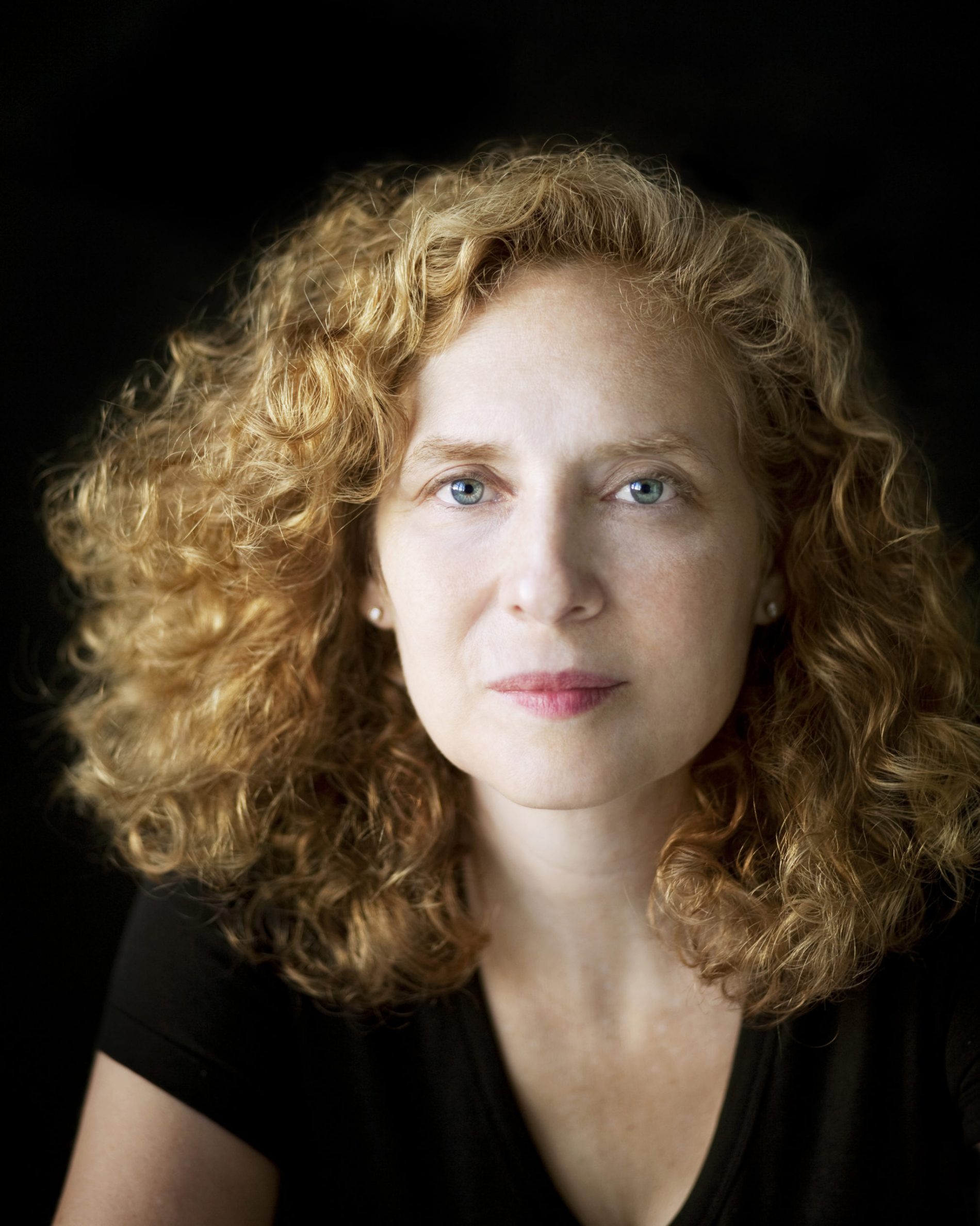 Photograph of Julia Wolfe by Peter Serling, courtesy of JuliaWolfeMusic.com

Julia Wolfe is an American composer whose eclectic style draws on classical, folk, minimalist and rock musics. In 2015, her oratorio Anthracite Fields, about Pennsylvania coal mining, won the Pulitzer Prize for music. The oratorio was part of a series she has created about the American worker, which continued in 2019 with Wolfe’s Fire in My Mouth. Scored for women’s and girls’ choirs and orchestra, this composition explores the 1911 fire at the Triangle Shirtwaist Factory, a tragedy in which 146 garment workers perished due to the lack of safety precautions taken by factory management. Wolfe commemorated the fire’s victims by scoring the piece for exactly 146 vocalists.

In her program note, Wolfe explains, “I had been thinking about immigrant women in the workforce at the turn of the century. They fled their homelands to escape poverty and persecution. The garment workers arrived to these shores with sewing skills. Many of the women wound up working on these huge factory floors — hundreds of women sitting at sewing machines. Fire in My Mouth tells the story of the women who persevered and endured challenging conditions, women who led the fight for reform in the workplace.” 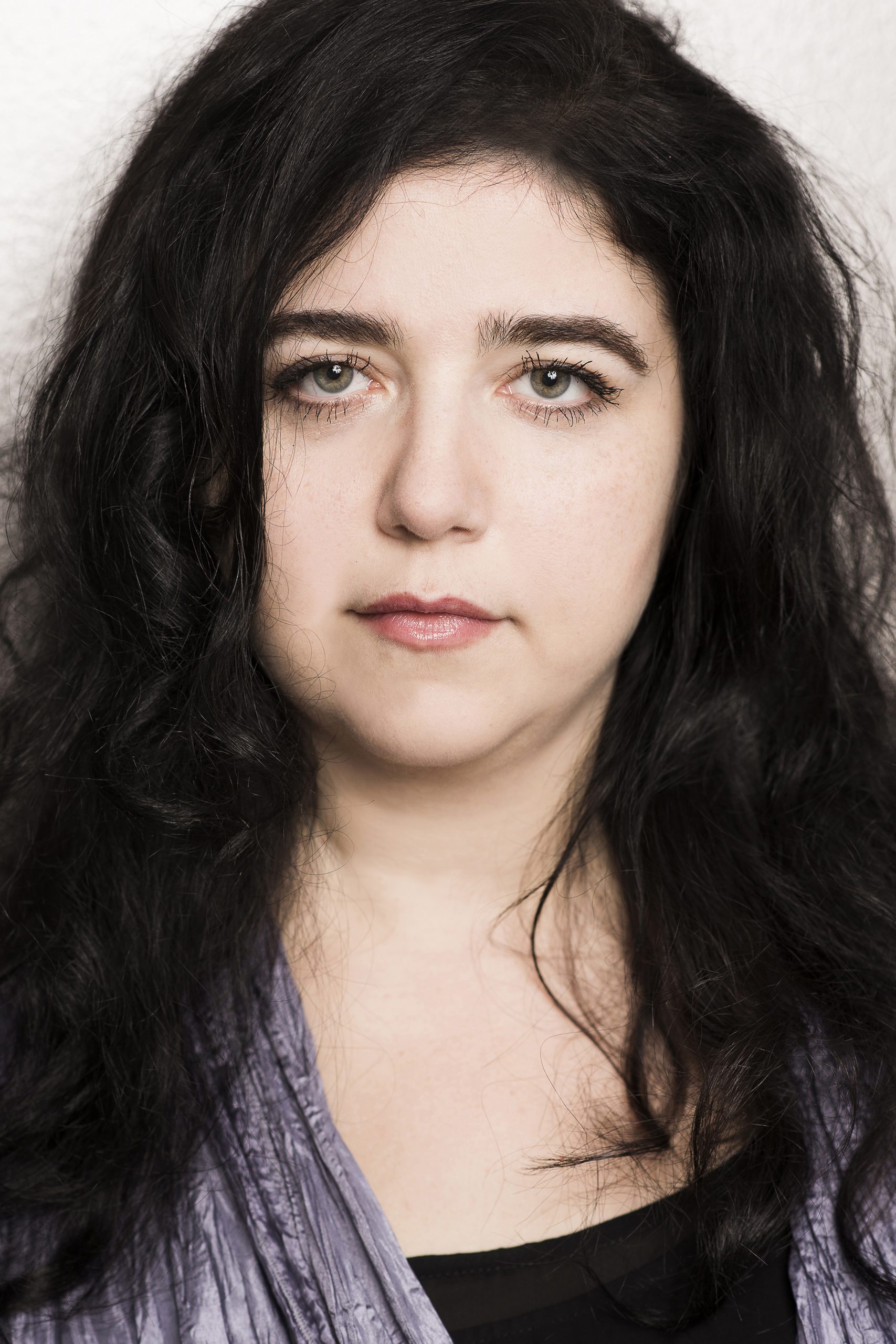 Photograph of Lera Auerbach by Friedrich Reinhold, courtesy of LeraAuerbach.com

Lera Auerbach is a leading contemporary composer and a versatile artist: she is also a concert pianist, visual artist and poet. Her catalogue includes symphonies, string quartets, ballets and operas: she frequently explores traditional genres in a contemporary voice. Aurebach’s 1999 set of 24 Preludes for Violin and Piano is part of a tradition laid down by Bach’s Well-Tempered Clavier, which explored each major and minor key in preludes and fugues for keyboard. Chopin’s 24 Préludes extended this tradition in a curious way: Chopin’s “preludes” were not a prelude to anything else, simply standalone miniatures in forms of his own devising. Chopin’s take on preludes gave composers a genre that offers a great deal of freedom. Auerbach first dove into this tradition with her 24 Preludes for Piano, Op. 41 (1998), and she explored it further in her 24 Preludes for Cello and Piano, Op. 47.

“Jewish Women and Jewish Music in America”  by Adrienne Fried Block, in The Encyclopedia of Jewish Women.

Many thanks to Ed Goldberg and Andrea Murray for their advice in compiling this playlist.