This Pride Month, we would like to share with you a short playlist of 20th and 21st century music exploring queer experiences. In this list, you’ll find songs, operas, and a symphony: some by LGBTQI+ composers, some exploring LGBTQI+ characters. You can also listen to a similar selection of music in this article’s companion playlist on Spotify. 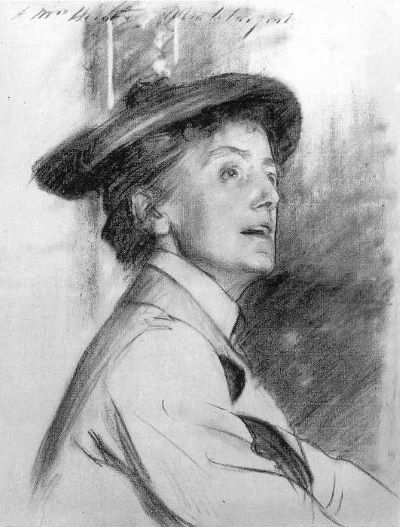 It was no great secret that English composer Ethel Smyth loved women. Among the most important loves of her life was  Emmeline Pankhurst, whom the composer met in 1910. Pankhurst was the co-founder of the Women’s Social and Political Union, an organization dedicated to women’s suffrage. Smyth became deeply attached to Pankhurst, and joined the suffragist movement, even composing the WSPU’s anthem, March of the Women.

Along with several colleagues, the two spent two months together in Holloway Prison for their suffragist activism. In her autobiography, Female Pipings for Eden (1933), Smyth reminisced, “The ensuing two months in Holloway, though one never got accustomed to an unpleasant sensation when the iron door was slammed and the key turned, were as nothing to me because Mrs. Pankhurst was with us.” (Female Pipings for Eden, 209)

Published in 1913, Smyth’s “Possession” is a setting of a poem by Ethel Carnie. The poem is a tender reflection on giving freedom to one’s beloved. Smyth dedicated the song to “E.P.” – Emmeline Pankhurst. 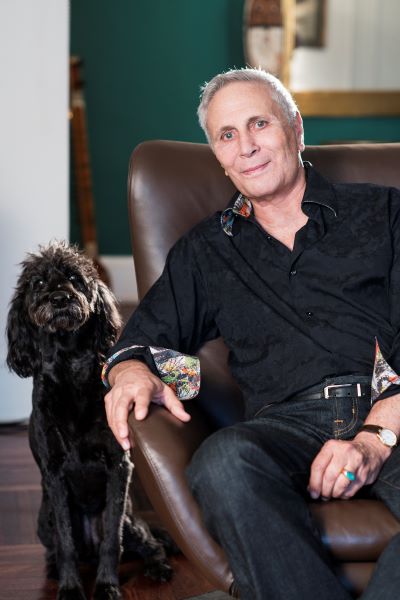 Photograph of John Corigliano by J. Henry Fair, courtesy of the composer's website

Composed in 1988, John Corigliano’s First Symphony is a tribute to friends lost to the AIDS epidemic. The Chicago Symphony Orchestra commissioned the piece while Corigliano was serving as their Composer in Residence, and they played its premiere in 1990 under Daniel Barenboim. The work went on to win multiple awards, including two Grammys.

In his program notes for the work, John Corigliano reflects on the genesis of his First Symphony, and its symbolic structure.

“Historically, many symphonists (Berlioz, Mahler, and Shostakovich, to name a few) have been inspired by important events affecting their lives, and perhaps occasionally their choice of the symphonic form was dictated by extramusical events. During the past decade I have lost many friends and colleagues to the AIDS epidemic, and the cumulative effect of those losses has, naturally, deeply affected me. My Symphony No. 1 was generated by feelings of loss, anger, and frustration.

A few years ago I was extremely moved when I first saw ‘The Quilt,’ an ambitious interweaving of several thousand fabric panels, each memorializing a person who had died of AIDS, and, most importantly, each designed and constructed by his or her loved ones. This made me want to memorialize in music those I have lost, and reflect on those I am losing. I decided to relate the first three movements of the symphony to three lifelong musician-friends. In the third movement, still other friends are recalled in a quilt-like interweaving of motivic melodies.” 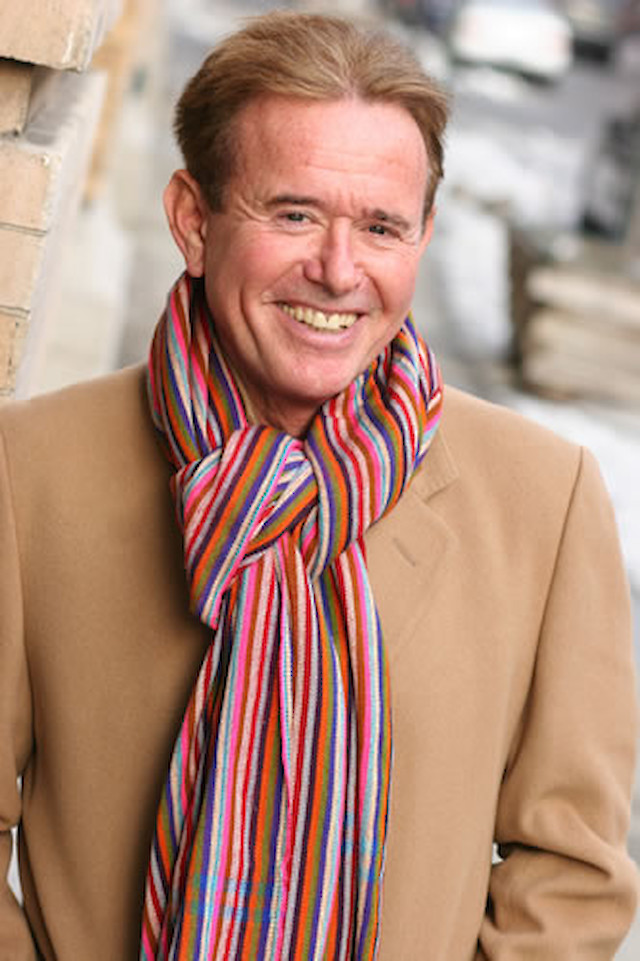 Photograph of David Del Tredici by Paula Court, courtesy of the composer's website

American composer David Del Tredici has made a point of exploring gay experiences in his compositions: prominent works include his string sextet Bullycide and his song cycle, Gay Life. Composed between 1996-2000, the texts set in Gay Life include poems by Allen Ginsberg, Paul Monette, Thom Gunn, W. H. Kidde, and Michael D. Calhoun. The San Francisco Symphony commissioned the work and played its premiere on May 3, 2001, with baritone William Sharp and conductor Michael Tilson Thomas. Del Tredici subsequently arranged the cycle for voice and piano. “Personal Ad,” a setting of a poem by Allen Ginsburg, is the cycle’s third number.

In his program notes, Del Tredici explains, “Gay Life was initially envisioned as a cycle of eight songs, each touching on the ‘gay experience’ from a different angle. The music came to me in a burst — a burst, really, of gay pride. It began in august 1996 as a result of my experience at The Body Electric School’s weeklong retreat called ‘The Dear Love of Comrades’…

…Throughout the world, the ‘personal’ advertisement provides a time-honored method for potential lovers to meet each other. In the United States, such advertisements enjoyed a vogue a century ago; when they in recent years re-emerged in popularity, the gay community embraced the ‘personals’ with enthusiasm. In ‘Personals Ad,’ a businesslike, almost comical, setting is given to what is ultimately a touching poem, full of tenderness and the advertiser’s manifest sincerity. The subsequent interlude builds from near-stasis, heating up (incalzando) to the festive outburst of the fourth song.”

I’ve Been Called Many Things 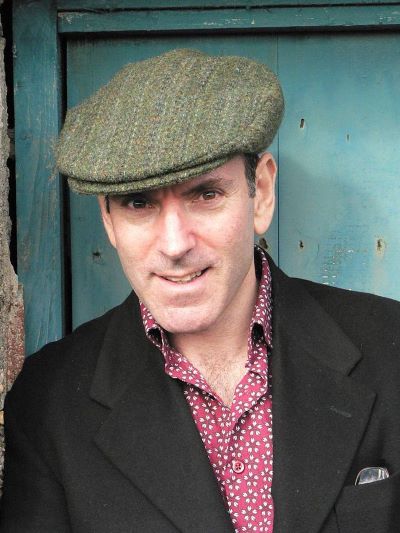 From 27 by Ricky Ian Gordon

27 is an opera by American composer Ricky Ian Gordon and librettist Royce Vavrek. Commissioned by the Opera Theatre of St. Louis, it premiered in 2014 with American mezzo soprano Stephanie Blythe in the lead role. Gordon knew he’d be writing the opera as a vehicle for Blythe, and inspired by this great contemporary singer, he chose to cast her as Gertrude Stein. “I’ve Been Called Many Things” is Gertrude’s final aria, leading into the finale of Act V of 27.

In his program notes, Gordon reflects on his inspiration for 27: “When James Robinson asked me to write an opera for the great Stephanie Blythe, I thought immediately of a lifelong obsession, Gertrude Stein. At Carnegie Mellon University, at the age of seventeen, I picked up the book Charmed Circle just before catching a terrible cold, and read it in the course of a week in bed. I remember nothing that week but eating tangerines and reading about Gertrude and Alice and their milieu. I was mesmerized by their world. Gertrude was in many ways a perfect role model. She was committed to her own muse, ruggedly individual, unswayed by others’ opinions, and uninhibited in terms of being who she was, loving whom she loved, weighing what she weighed, having opinions and facing the repercussions of them bravely. She loved beauty and was constantly interpreting and reinterpreting what she thought was beautiful. Mostly, she believed in herself with such rigor it fascinated me. And her world – the habitués of her salon, Picasso, Matisse, Hemingway, Fitzgerald, anyone who was doing anything of interest, thinking anything worth thinking – came through her Paris salon at 27 rue de Fleurus, until finally, it was Alice who came through and stole her heart. I believe I was meant to write an opera about these two, about their world, because it what I wanted my world to be. When I left school, I held salons in my New York apartment. Everything I wrote, I premiered there.” 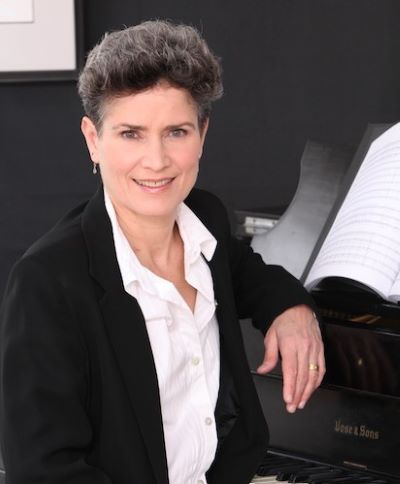 Patience and Sarah: A Pioneering Love Story, by American composer Paula Kimper and librettist Wende Persons, is often identified as the first Lesbian opera. It premiered at Lincoln Center Festival in July of 1998, and has enjoy many productions since. The opera is adapted from the eponymous 1969 novel by Isabel Miller, which was itself inspired by true events: the love story between 19th-century American folk artist Mary Ann Wilson and her partner Florence Brundage.

The Paula Kimper Ensemble’s website on Patience and Sarah summarizes the opera’s story: “Set in Connecticut in the winter of 1816, the opera tells the powerful story of two young women who meet, fall in love and resolve to devote their lives to each other. The artist Patience White, sister to a middle-class Connecticut landowner, and tough-minded, adventurous Sarah Dowling, the daughter of a poor farmer, share a mutual dream of leaving behind their repressive lives to go pioneering together, defying their families’ attempts to prevent it.”

In this scene from a 2016 production by the Paula Kimper Ensemble, Patience and Sarah meet for the first time. 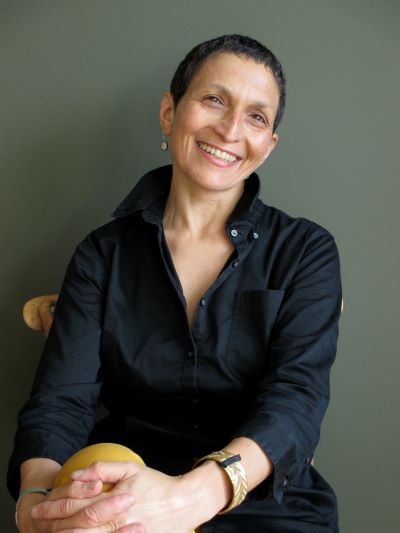 Photograph of Laura Kaminsky by Rebecca Allan, courtesy of the composer's website

As One is a chamber opera by American composer Laura Kaminsky and librettists Mark Campbell and Kimberly Reed. It was commissioned by American Opera Projects, and since its premiere in 2014 at the Brooklyn Academy of Music, it has become one of the most popular new American operas, enjoying more than two dozen productions: including a 2019 production the Portland Opera.

As One is an intimate portrait of a transgender character named Hannah. It is scored string quartet and two singers who embody one role. American Opera Projects explains, “As One is a chamber opera in which two voices—Hannah after (mezzo-soprano) and Hannah before (baritone)—share the part of a sole transgender protagonist. Fifteen songs comprise the three-part narrative; with empathy and humor, they trace Hannah’s experiences from her youth in a small town to her college years—and finally traveling alone to a different country, where she realizes some truths about herself.”