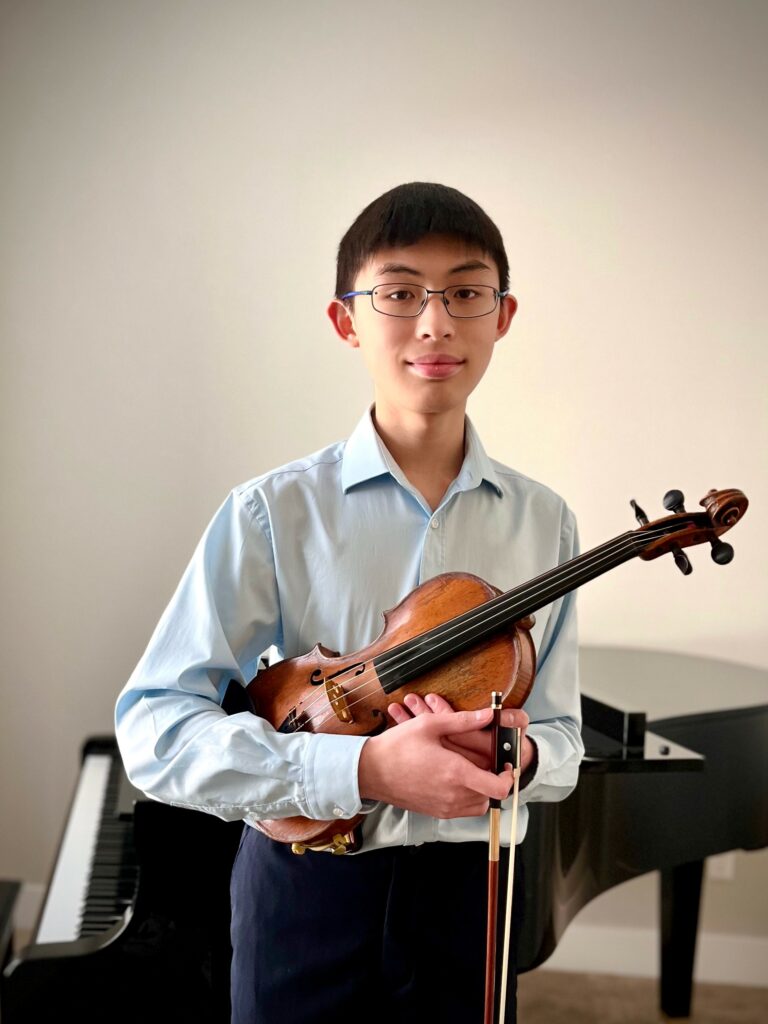 In this episode of On Deck, 16-year-old violinist Derek Choi chats with Raúl Gómez-Rojas about his beginnings in music, playing piano and classical guitar before he ever picked up a violin. Starting a couple of years ago, a shift in his approach to competitions enabled him to start cultivating prizes more consistently: In the spring of 2022, Derek was a winner of the MetroArts Young Artists Debut and the Oregon Mozart Players Young Soloist Competition Senior Division, soloing with their orchestra under the direction of Kelly Kuo. In 2021, he was the First Prize winner of the Grand Metropolitan International Music Competition as well as the American Protégé Music Talent Competition where he was awarded a performance at Carnegie Hall in 2023.

At home, Derek plays with the Portland Youth Philharmonic and teaches with Project Prelude, a student-led program that brings music lessons to elementary school students in Beaverton.