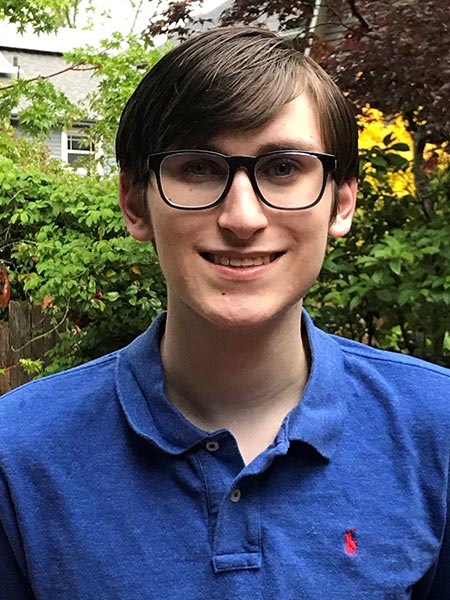 Ted Ekstrand was inspired to take up an instrument when his older brothers started learning violin and French horn, but Ted wanted something louder and brighter, so, naturally, he picked the trumpet.

Currently, Ted plays with the ensembles at the Metropolitan Youth Symphony and the Portland Youth Philharmonic, and also loves performing with his school’s pit orchestra and jazz band. In college, Ted plans to pursue a degree in music performance, and has his sights set on an orchestral career.

When he’s not practicing, Ted tells Raul Gomez that he enjoys playing video games with friends and listening to video game soundtracks.