On Saturday, May 7, 2022, All Classical Portland will present a bi-coastal broadcast of Damien Geter’s An African American Requiem. The live broadcast will begin at 5:50 PM PT (8:50 PM ET) on 89.9 FM in Portland, WQXR 105.9 FM in New York, and streaming worldwide via our live player.

The program will be hosted by WQXR’s Terrance McKnight and All Classical Portland’s Suzanne Nance. Learn more about this ground breaking broadcast.

Read on to meet some of the talented musicians involved in this important work. 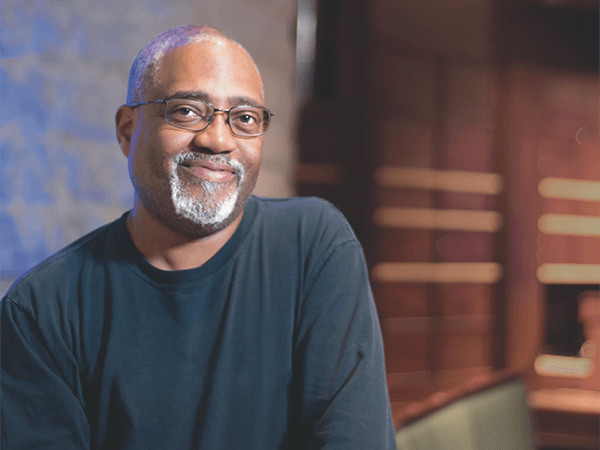 William Eddins is the Music Director Emeritus of the Edmonton Symphony Orchestra and a frequent guest conductor of major orchestras throughout the world. 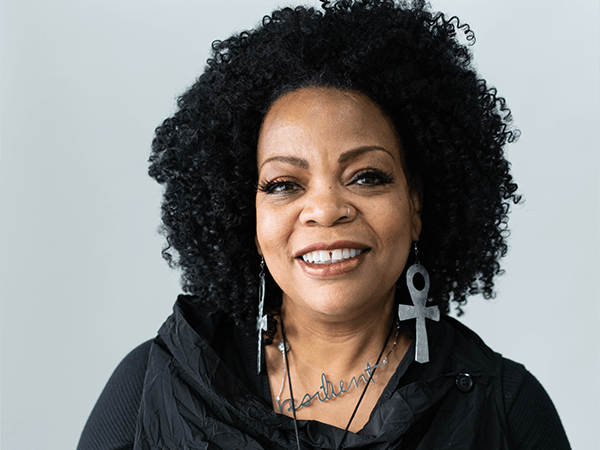 Dr. S. Renee Mitchell is an acclaimed trainer/facilitator, community heARTivist, and educator, with an expertise in culturally relevant social-emotional learning and healing from racial
trauma. She is also a former newspaper columnist for The Oregonian, where she was nominated twice for a prestigious Pulitzer Prize. Dr. Mitchell is also the visionary behind I Am M.O.R.E. (Making Ourselves Resilient Everyday), an evidence-based, and nationally award-winning, Black youth-development program. As a self-proclaimed Creative Revolutionist™, Dr. Mitchell expresses herself through poetry, art, quilting, and multimedia experiences. Her unrelenting dedication to community uplift has also garnered her numerous local and national awards, including the 2021 Gladys McCoy Lifetime of Excellence Award, the 2021 Liberty & Hope Award and the 2019–20 Spirit of Portland Award, among others.

Her next book, “In My Power, I Empower: Moving Black Youth from SpiritMurder to Emotional Emancipation,” will be released in April 2022. 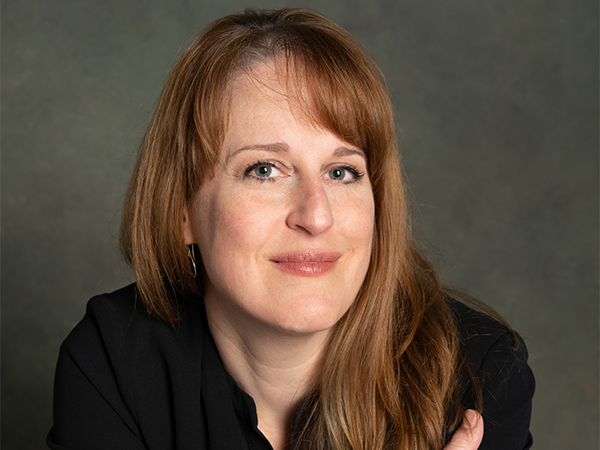 Dr. Katherine FitzGibbon is Professor of Music and Director of Choral Activities at Lewis & Clark College, where she has won the Lorry Lokey Faculty Excellence Award honoring teaching and scholarship, and the David Savage Award honoring leadership and service. She has guest conducted choirs, presented research, and given workshops internationally.

Dr. FitzGibbon founded Resonance Ensemble in 2009. With Resonance, she has partnered with hundreds of artists and community organizations and has commissioned major choral works from composers including Damien Geter, Melissa Dunphy, Mari Esabel Valverde, Jasmine Barnes, and Renee Favand-See. In June of 2019, Chorus America honored Dr. FitzGibbon with the prestigious Louis Botto Award for Innovative Action and Entrepreneurial Zeal.

Dr. FitzGibbon is President-Elect of the National Collegiate Choral Organization, and her choirs have performed at the NCCO, ACDA, and OMEA conferences. She holds conducting degrees from Princeton University, the University of Michigan, and Boston University. 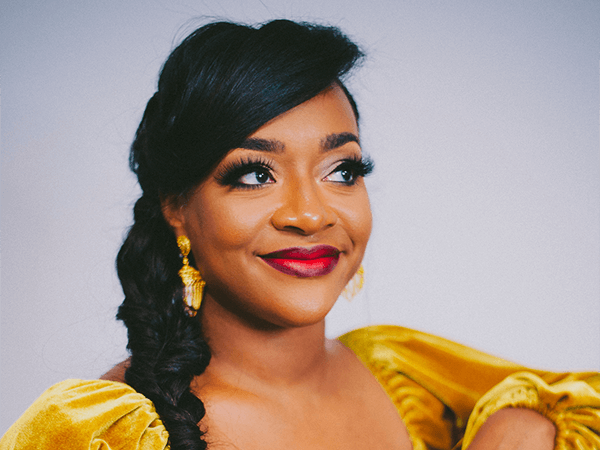 In the 2021-22 season, soprano Brandie Sutton returned to both Seattle Opera (as Musetta in La Boheme) and the Metropolitan Opera, as Fairy Godmother in Cendrillon. Her Met Opera debut took place in 2020, as Clara in Porgy and Bess, the same role in which she made her Vienna debut at Theater an der Wien. This season ,she repeats her Musetta with Michigan Opera Theater and Spoleto Festival in Charleston, and sang Messiah at Carnegie Hall. This summer, she will sing the role of Zerbinetta in Ariadne auf Naxos for the first time at Lakes Area Music Festival. She has sung with New York City Opera ,and at the opera houses of Geneva, Hamburg, Dresden, Frankfurt, Bari and Mexico (Palacio de las Bellas Artes.)

A versatile concert artist, Ms. Sutton has sung with the Mostly Mozart Festival, National Symphony Orchestra, Jazz at Lincoln Center, South Florida Symphony, Royal Danish Symphony. Oregon Symphony, and many others. Next season she will make her debuts with Opera Philadelphia, Virginia Opera and Opera Theatre of St. Louis, as well as returning to the Metropolitan Opera. 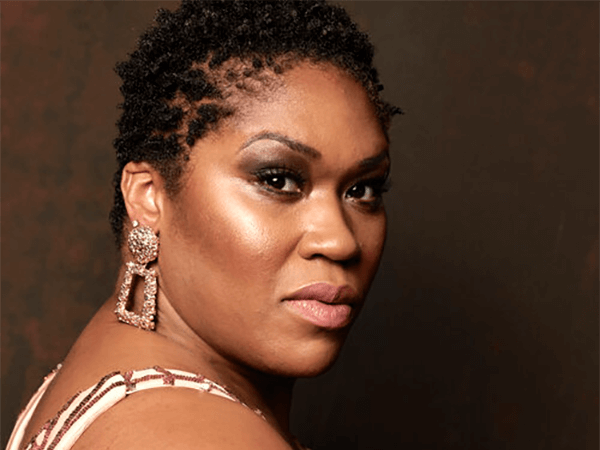 An enterprising, skilled, and extraordinarily gifted Dramatic Mezzo Soprano, Karmesha Peake discovered her affinity for music at the age of five singing in her Louisville, Kentucky church youth choir. In the early years of her musical journey, Karmesha secured a coveted invitation to take part in Kentucky’s high-standing Governor’s School for the Arts among only 200 students in the entire state. A performance by Angela M. Brown, an African American dramatic soprano, inspired Karmesha to devote her life to music.

Karmesha appeared as cover for the role of Chloe in H. Lawrence Freeman’s opera Voodoo with Harlem Opera Theater and Morningside Opera at Miller Theater, NYC. She served as featured soloist in Harlem Opera Theater’s Salute to Black History Month presenting works by Harry T. Burleigh. Outside of New York, she has traveled for appearances in “Why Just in February?” a concert series at Bellarmine University, the Cincinnati Opera productions of Porgy and Bess and La Traviata, and as an ensemble member of Houston Grand Opera’s production of Show Boat. 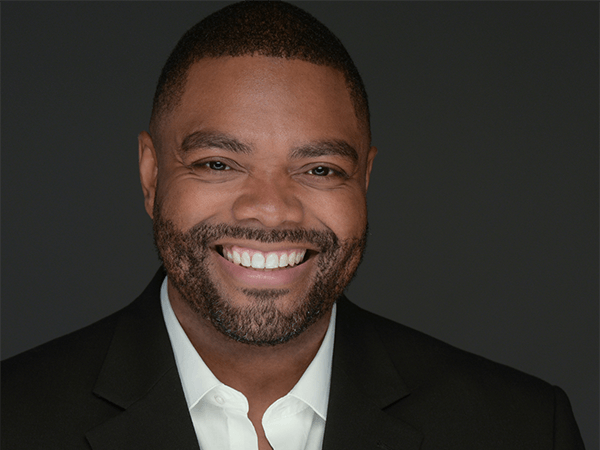 Tenor Bernard Holcomb has “already made a name for himself in the world of opera” with his “delicate and flexible” voice (Opera Wire) and the “appealing sweetness and clarity [of] his tone” (New York Times). Katy Walsh of Chicago Theater Beat said it best: “Although everyone [at Lyric Opera of Chicago] can sing, Holcomb reminds us why we come to the Lyric.”  Most recently, Holcomb returned to the Dallas Symphony Orchestra as a soloist in Lush Life: Duke Ellington and Billy Strayhorn, after making his début there in 2019 with Dancing in the Street: The Music of Motown. He also appeared in On Site Opera’s Diary of the One Who Vanished and What Lies Beneath, Elmwood Concert Singers virtual Messiah and appeared in workshops for Beth Morrison Projects and Washington National Opera.

This season, he will join Opera Carolina for I Dream, make his debut with Portland Opera to rerise the role of Kevin Richardson in Central Park Five, which he will also sing with Long Beach Opera, and return to Michigan Opera Theatre for their production of X, Life and Times of Malcolm X. In concert, he will sing Beethoven’s 9th Symphony with St. John the Divine, tour with Harlem Gospel Choir throughout Europe, and sing the World Premiere of Damien Geter’s An African American Requiem with the Resonance Ensemble and the Oregon Symphony. He will also once again perform Dancing in the Street: The Music of Motown for both the Buffalo Philharmonic and Greensboro Symphony. 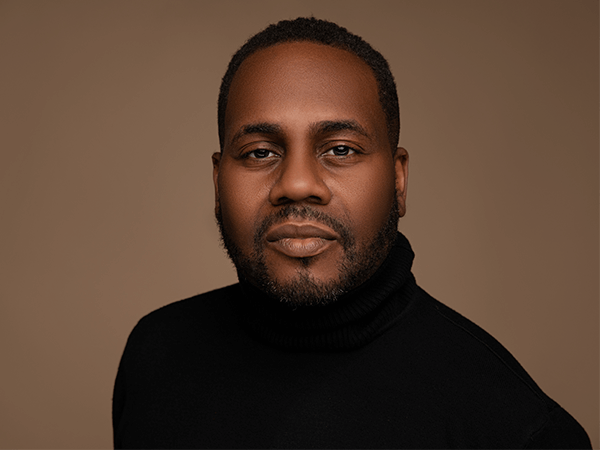 Kenneth Overton is lauded for blending his opulent baritone with magnetic, varied portrayals that seemingly “emanate from deep within body and soul.”  Kenneth Overton’s symphonious baritone voice has sent him around the globe, making him one of the most sought-after opera singers of his generation.  Kenneth is a 2020 GRAMMY AWARD WINNER for Best Choral Performance in the title role of Richard Danielpour’s The Passion of Yeshua with the Buffalo Philharmonic Orchestra and Chorus, conducted by JoAnn Falletta.

This season, engagements for Kenneth include his Metropolitan Opera debut in the fall of 2021 as Lawyer Frazier in Porgy and Bess, a reprisal of the role of Ralph Abernathy in I Dream with Opera Carolina, The Homecoming Solider in Zach Redler’s The Falling and The Rising with Opera Carolina, and Germont in La Traviata for Fort Worth Opera.

This past year he appeared in On Site Opera’s The Road We Came, an immersive and site-specific experience that explores the composers, musicians and places that define the rich Black history of New York City. 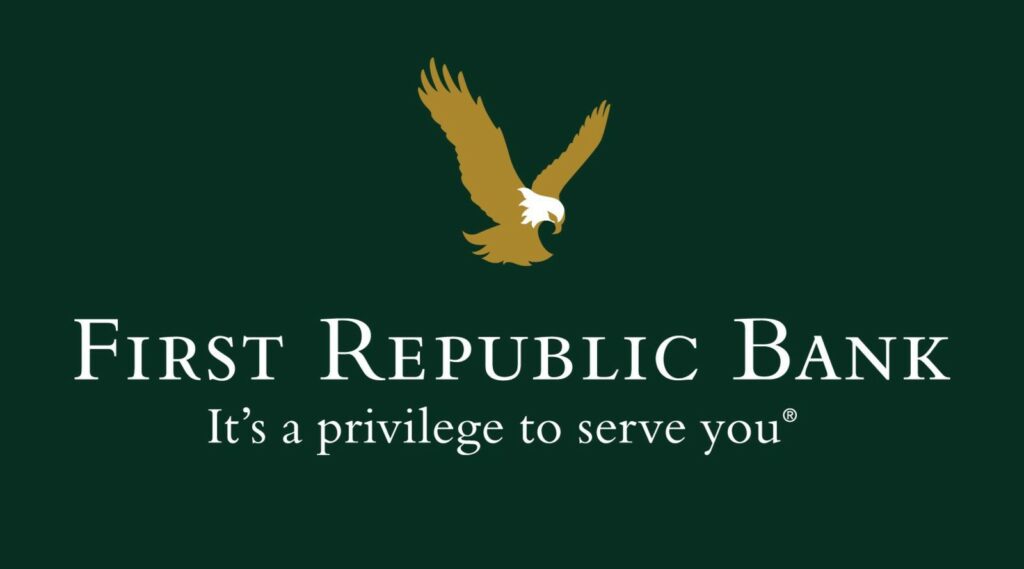 Tune in on May 7 for this landmark broadcast.