The History and Humor of the Kazoo

This month, we celebrate an important milestone for humankind: almost 170 years of kazooing! January 28th is National Kazoo Day, and you know what that means — it’s time for us to dive into the history, humor, “how,” and “why” of one of the world’s funniest musical inventions. Let’s get to it!

The History of the Kazoo 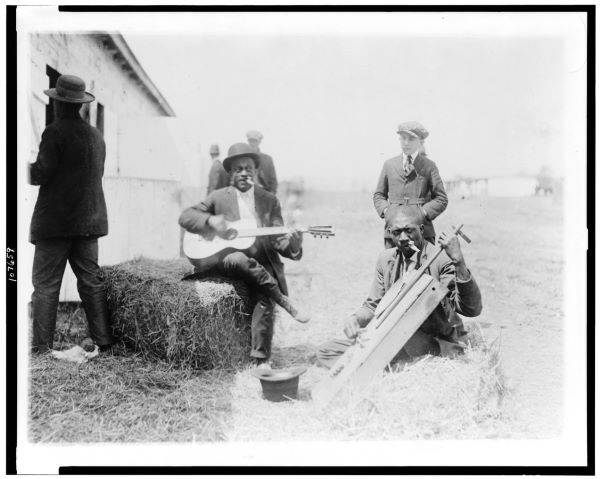 Two men play kazoos and other instruments in Washington, D.C. in the late nineteenth century, courtesy of Wikimedia Commons

Voice-changing and vibrating instruments, much like the kazoo, have been played for hundreds of years for ceremonial purposes in Africa. These instruments were called mirlitons, or “onion flutes.”

A popular anecdote suggests that Alabama Vest, a formerly enslaved person residing in Macon, Georgia, designed the modern kazoo in 1840 in collaboration with German clock manufacturer Thaddeus Von Clegg. The kazoo was formally named the “Clegghorn.” Because the pair introduced their musical invention to the Georgia State Fair in 1852, the kazoo is commonly considered an American invention, despite its African origins. Many kazoo enthusiasts have continuously petitioned to make the kazoo the National Instrument of the United States, though in 1885, the Telegraph referred to the kazoo as a “new nondescript musical instrument of torture.”

After the Georgia State Fair, salesmen Emil Sorg and Michael McIntyre came across the kazoo and decided to launch The Original American Kazoo Company, the first kazoo mass-production endeavor. McIntyre patented the kazoo in 1923, and business boomed. The original factory in Eden, New York still produces kazoos to this day. 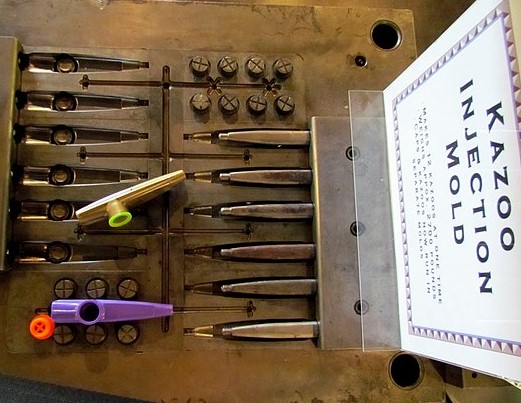 Kazoos are plastic or metal tubes with a wax membrane contained in a single hole. When the kazoo is sang or spoken into, the wax membrane vibrates, altering the voice into a nasally, vibrating sound. Although the pitch of the kazoo can be changed simply by changing the pitch of one’s voice, partially covering the membrane can introduce a kazooist to a wide range of noises.

Following the invention of the kazoo, further versions were developed. Liquor bottle-shaped kazoos were produced to celebrate the end of Prohibition, and production gradually shifted from metal to plastic kazoos. Contrary to popular belief, the kazoo is not related to the vuvuzela, the plastic horn commonly heard at football matches, nor is it related to the harmonica, a free-reed wind instrument. However, just as the clarinet and saxophone families include many instruments, the kazoo family now includes the standard soprano kazoo, alto kazoo (15 centimeters), tenor kazoo (30 centimeters), and Kaboom Kazoo — the largest model (90 centimeters).

The Impact of the Kazoo 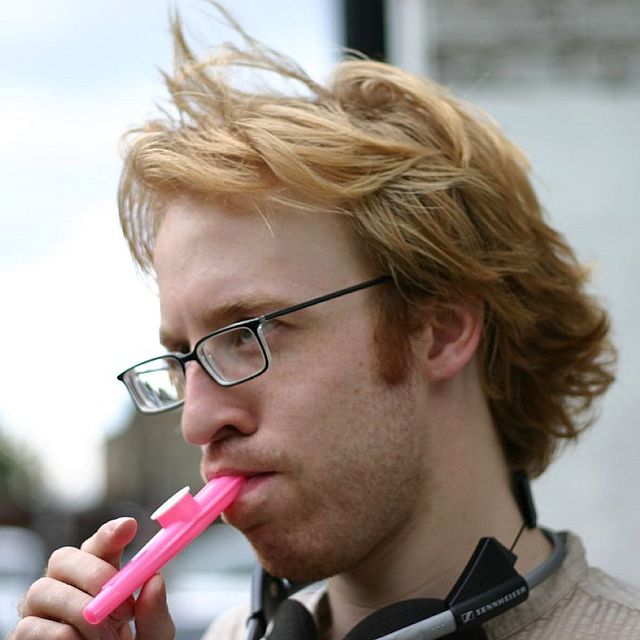 According to Julius Greve & Sascha Pöhlmann, kazoos have never been considered respectable instruments, but rather, “toy-like sound-producers for the common man, woman, and above all, child,” namely because the kazoo is “figured out in the hands of the learner and not at the advice of a teacher.”

How has the kazoo reigned as one of the funniest musical instruments of all time? The buzzing, duck-like sound certainly adds a humorous quality to the human voice, and so kazoos have become a tool for spreading positivity and laughter. Famously, the video game Yoshi’s New Island includes kazoos in its soundtrack, as does the film Chicken Run, composed by John Powell and Harry Gregson-Williams.

However, in addition to jug bands and toy stores, the kazoo has been featured in countless professional ensembles worldwide. Jesse Fuller’s 1962 San Francisco Bay Blues, played by Tracy Newman in the video clip above, features a kazoo solo. In 2011, the audience of BBC in Royal Albert Hall performed Wagner’s Ride of the Valkyries and the Dambusters March on kazoos, setting a world record for the largest kazoo ensemble: 5,190 kazooists. Kazooist Barbara Stewart performed on The Tonight Show, as well as at Carnegie Hall. Indeed, when it comes to the kazoo, anything is possible — and that is a fact worth celebrating.