With Halloween approaching, it seems only relevant that we shed light on some of the spookier aspects of classical music. Though no well-known composers or performers had superstitions around Halloween day itself, many had obsessions and superstitions surrounding curses, death, and other macabre topics.

Arnold Schoenberg was well-known for his superstitions, suffering from triskaidekaphobia, or fear of the number thirteen. He famously developed the twelve-tone technique, which manipulated the chromatic scale to prevent establishing a key and to give each note equal importance, though it is unclear whether he produced this technique due to his phobia. Schoenberg did religiously avoid the number thirteen, however, labeling the thirteenth measures or pages of his works as “12a” in place of the dreaded digits, and shortening the name “Aaron” to “Aron” in his opera, Moses und Aron, to avoid a thirteen-letter title. Ironically, he was born on September 13th and died July 13th, when he was 76 (7+6=13). Some hypothesize that this coincidental death was triggered by his fear of the number – a fear exasperated by the astrologer who helpfully wrote him that he should be wary in his 76th year for its unlucky sum. 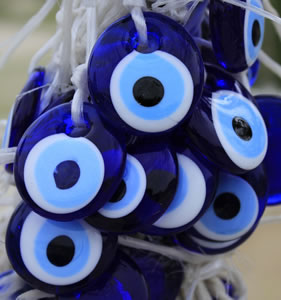 Gustav Mahler was thought to have feared the Curse of the Ninth – the curse that a composer will die after completing their ninth symphony, or die before completing their tenth. Similarly, Verdi is thought to have been afflicted with the curse of the Evil Eye while in Naples. Though Verdi himself did not hold this superstition, the people of Naples did. Verdi’s opera, Alzira, failed while in Naples, and his few fans thought that his opera had been cursed by fellow musician Vincenzo Capecelatro, who had greeted Verdi before Alzira and was thought to have the Evil Eye. Four years later, when Verdi returned to Naples to perform his new piece, Luisa Miller, he barely missed being crushed by a large piece of set that had fallen. At the last moment, he had been pushed out of the way by Capecelatro. Though Capecelatro was technically the one who had saved Verdi, the superstitious people of Naples took Capecelatro’s appearances before both inauspicious events as proof of Verdi’s curse.

Franz Liszt was quite obsessed with death and other dark subjects. Liszt’s fascination appears to have developed following a massive cholera outbreak in Paris in 1832. In the confusion of the streets, coffins would often overturn and burst open, bringing to mind what poet Heinrich Heine called “a riot of the dead”. Liszt famously composed many works around this topic, including Totentanz (“Dance of Death”), Funérailles, La lugubre gondola, and Pensée des morts, and frequently went to hospitals, asylums, and prison dungeons to see those condemned to die. Interestingly, Liszt participated in one of the first recorded cases of musical therapy on one of these visits, to the Salpêtrière hospital for the insane. A sixty-year-old patient there, incapable of speaking or taking care of herself, was mesmerized by Liszt’s playing and would sing back the melodies played for her, becoming calm and transfixed as long as he played. 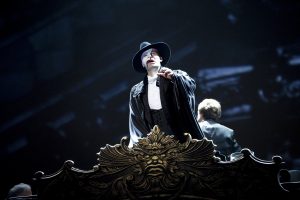 Though modern times have inherited many of the superstitions that plagued composers hundreds of years ago, it appears that few modern composers suffer publicly from these afflictions. In the twentieth and twenty-first centuries, much of the eerier elements of classical music have become concentrated in shows and movies, and in musicals like The Phantom of the Opera and Sweeney Todd. Films about serial-killers, zombie outbreaks, alien invasions, and other premises that did not exist in previous centuries produce creepy new scores to match their suspenseful plots. In some cases, classical music has been taken past its original setting and has partnered with films to heighten violence and fear (as shown in movies like A Clockwork Orange, where Beethoven’s ninth plays over violent scenes).

Classical music has always had a relationship with curses, superstitions, and general spookiness, be it through the Curse of the Ninth, ghoulish violin screeching, or creepy film scores. So, those lovers of horror – fret not! Dark and eerie music will continue to strike fear in our hearts for many years to come.