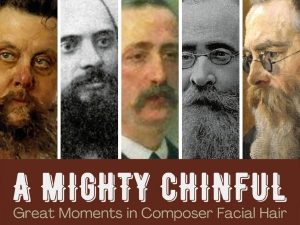 In celebration of World Beard Day (observed every year on the first Saturday of September), Warren Black, your morning host at All Classical, felt it was time for a retrospective on some great moments in composers’ facial hair. That’s why he teamed up with Emma Riggle, All Classical’s Music Researcher, to assemble this chronological gallery of fine classical beards, bristles, ‘staches, mutton (and/or lamb) chops and more. Here is their hail to the laudably hirsute mugs of music history, with something for pogonophiles everywhere. 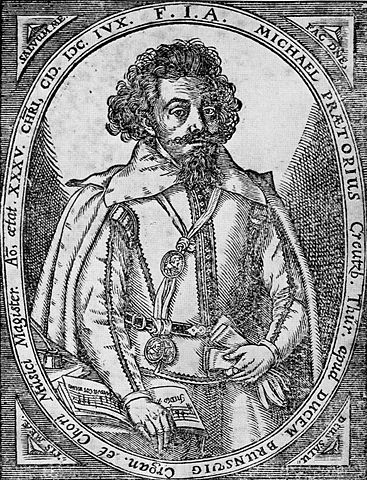 The Van Dyke beard (both a moustache and goatee with all hair on the cheeks shaved) gets its name from the 17th-century Flemish painter Anthony van Dyck (1599–1641). We would like to point out that composer, organist and music theorist Michael Pretorius was rocking the look before van Dyck was even born. Sometimes that’s the way the cookie duster crumbles. 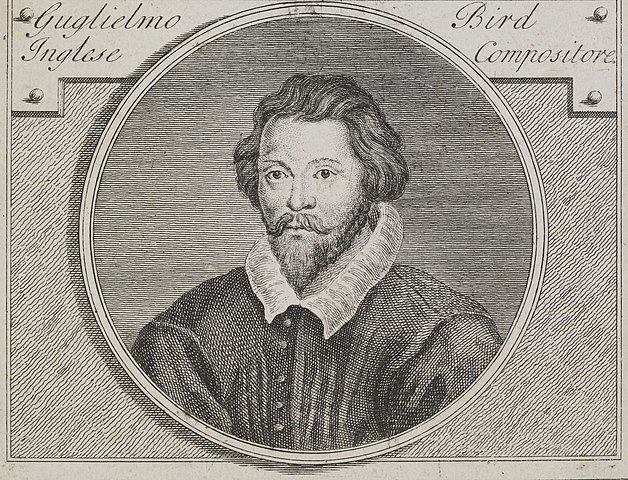 For pure pointiness, it’s difficult to beat that preeminent composer of the English Renaissance, William Byrd. Truly, this beard is the definition of “on point.” 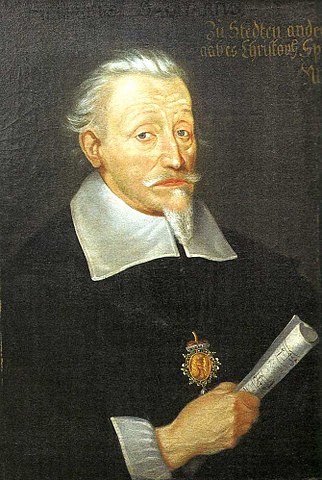 The grandfather of the German Baroque, and the proprietor of one of music’s longest goatees: we present Heinrich Schütz, painted by Christoph Spätner, c. 1660. His facial follicles, combined with his devastating side-eye, made him a force to be reckoned with. 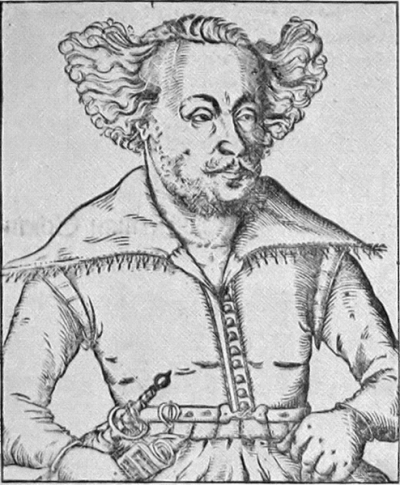 This German Baroque composer sports a respectable beard, but if we’re honest, it’s what’s going on up top that led to his unanimous inclusion in this gallery. 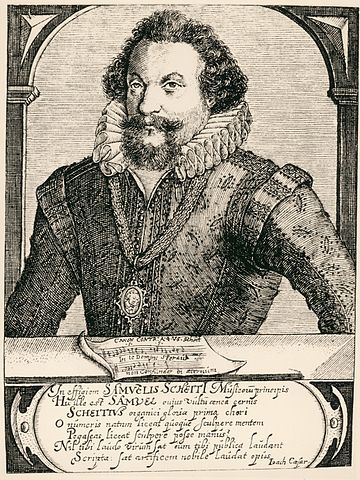 Knowing how to accessorize your chin whiskers can take your look to the next level, as demonstrated by German Baroque composer Samuel Scheidt. Not only was he an expert on organ construction, he was expert at deploying the renaissance ruff collar to dashing effect. 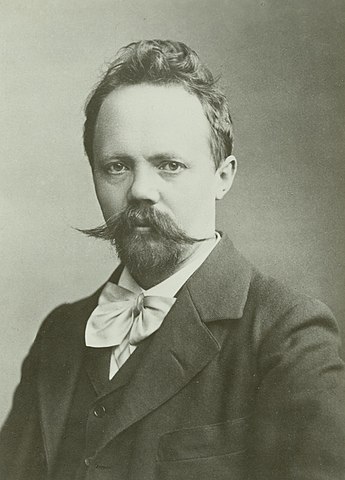 The German composer of Hänsel und Gretel sported this lengthily mustachioed style in 1854. (Arnold George Dorsey, the Welsh pop singer who took the stage name Engelbert Humperdinck in the mid-1960s, was more known for his sideburns than his beard.) 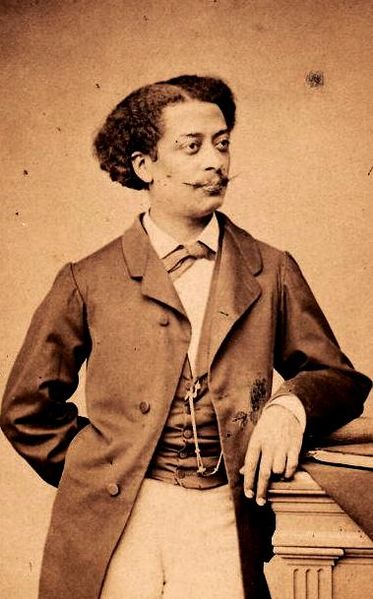 In this 1857 photograph, the Cuban-French violinist and composer sports a moustache that looks sharp in more senses than one. Best be alert if he swoops in for a smooch! 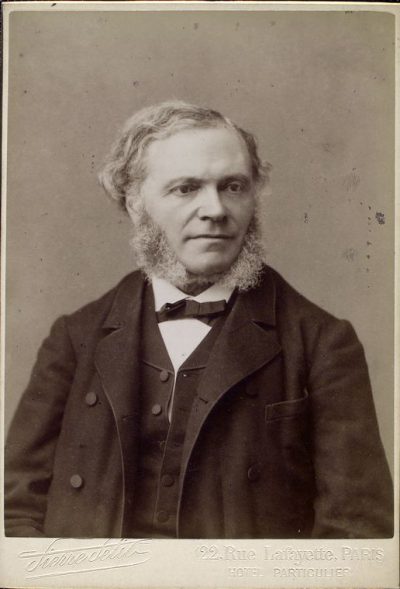 For the mutton chop aficionados among us, we offer this delightful portrait of nineteenth-century Belgian composer César Franck. We hope those chops kept his neck toasty while he played the organ at the undoubtedly drafty Basilica of St. Clotilde in Paris. 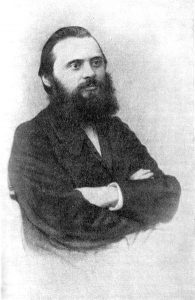 Mily Balakirev was the group’s musical mentor, and judging from this portrait, possibly also their grooming mentor. 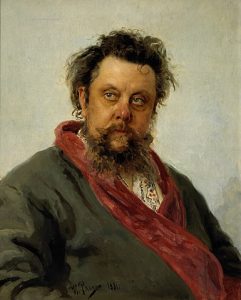 Modest Mussorgsky, the composer of Pictures at an Exhibition, exhibits a two-pronged approach sometimes referred to as a “French Fork” in this very hairy 1881 portrait by Ilya Repin.

In another portrait by Ilya Repin, here is Alexander Borodin, the only member of The Five who chose the moustache-only route (probably more appropriate for his day job as a doctor and organic chemist). 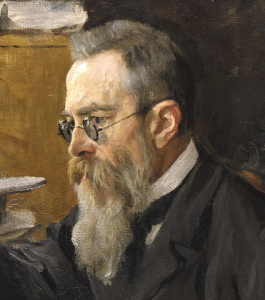 Going for length, here is colorful orchestrator Nicolai Rimsky-Korsakov, depicted in an 1898 portrait by Valentin Serov. 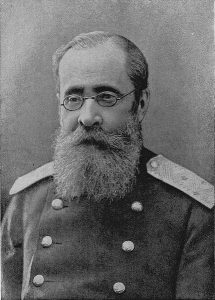 In this 1910 portrait, composer (and military general) César Cui sports a style that could be described as rectangular. Almost big enough to hide a small bird’s nest. 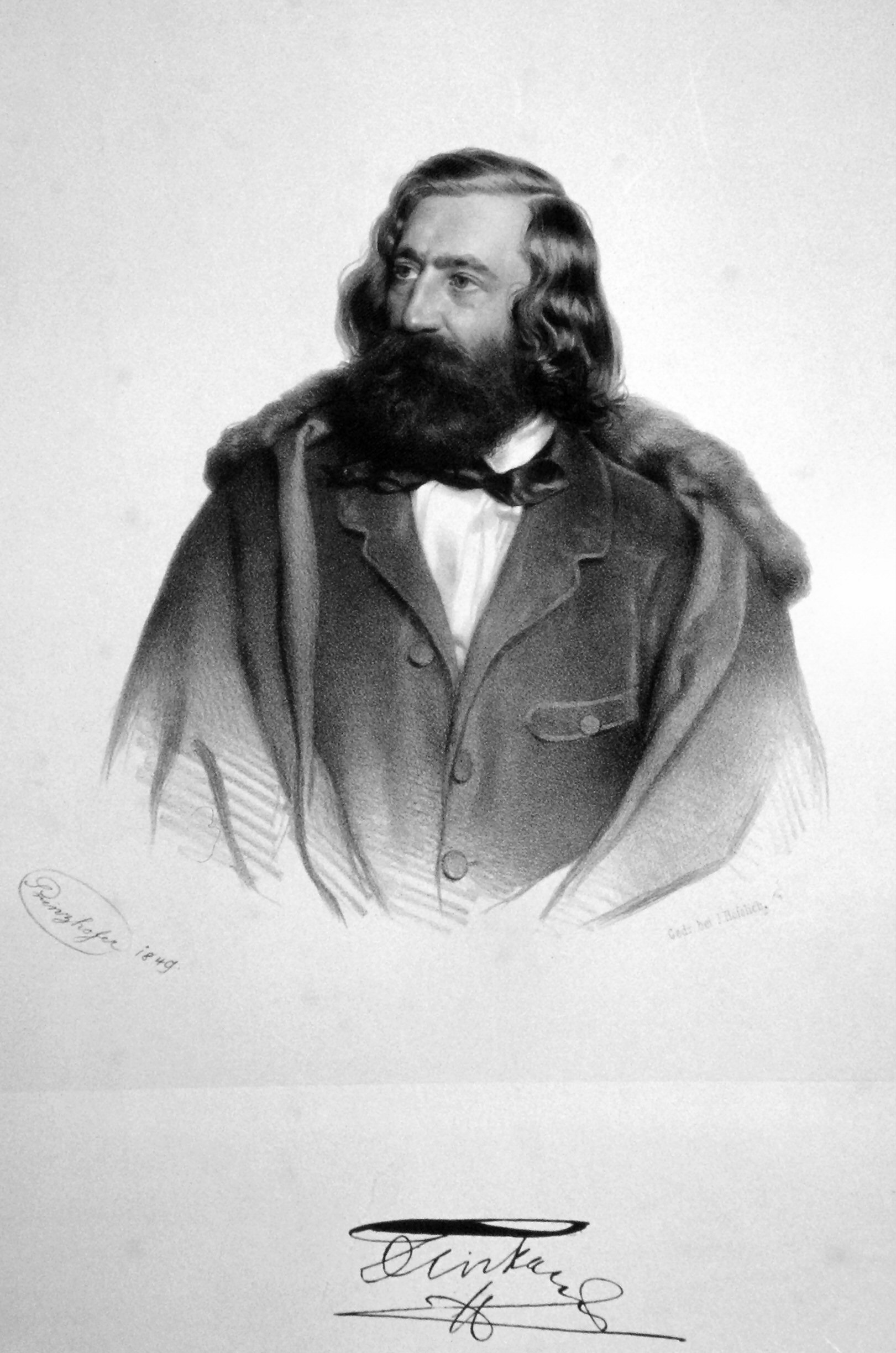 Despite their best efforts, it’s possible that none of the Mighty Handful reached the heights of bearddom achieved by the group’s musical forerunner, Mikhail Glinka. (We think Robert De Niro should play him in the biopic.) 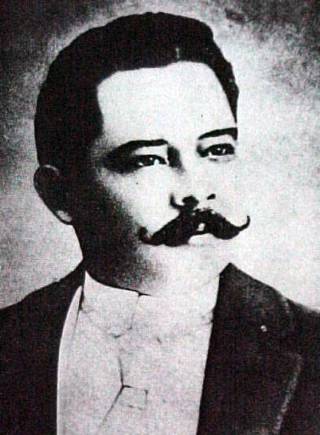 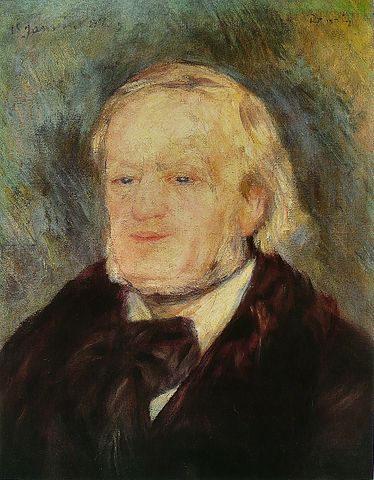 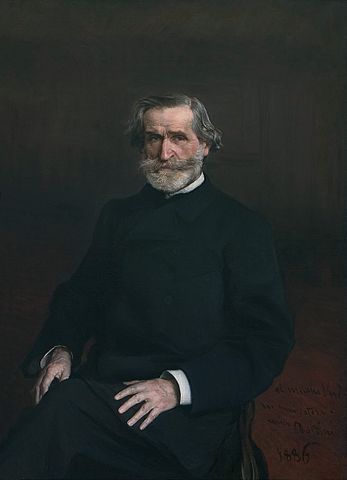 If you prefer Italian opera to German, and full beards to neck-beards, Giuseppe Verdi is your guy, as demonstrated by this 1886 portrait by Italian painter Giovanni Boldoni. 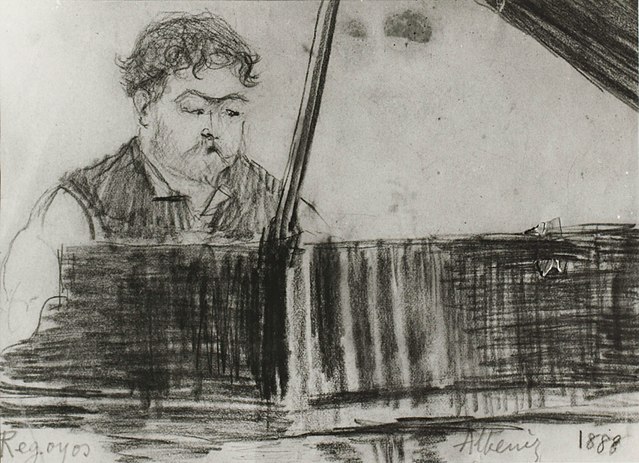 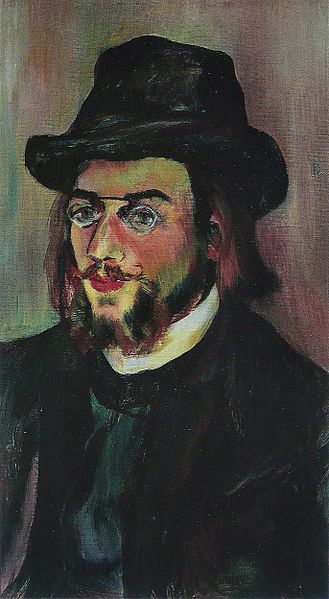 The French surrealist composer may not have reached the apex of style, but this hairy 1893 portrait by Suzanne Valadon shows that he tried. 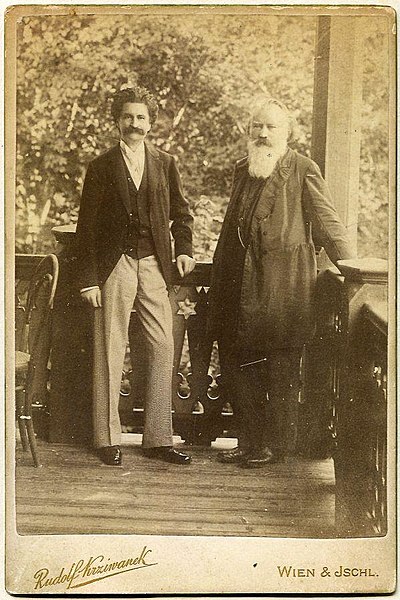 Not since Thorin and Company arrived for tea at Bilbo Baggins’s green door has this much iconic facial hair been seen in one place. Photographer Rudolf Krziwanek immortalized this moment in 1894, when Johannes Brahms and Johann Strauss, Jr. posed for a double portrait on the porch of Strauss’s villa in Bad Ischl. 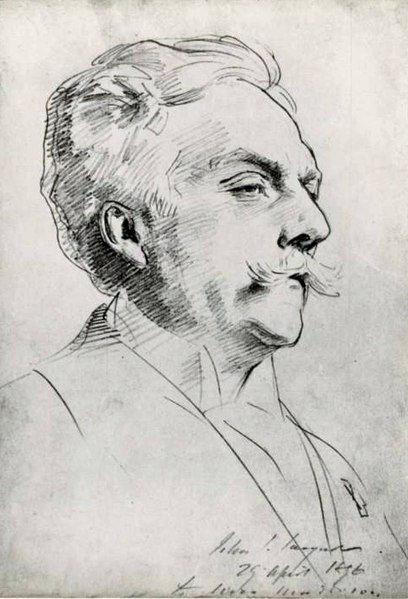 This 1896 portrait by John Singer Sargent is but one of many artistic tributes to the French composer’s legendary moustache. 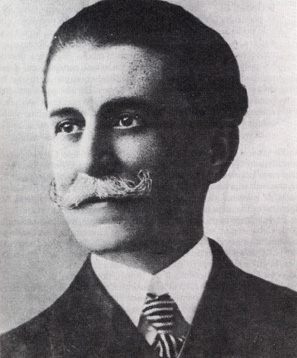 Cuban composer Ignacio Cervantes achieved a notable degree of upswept panache in this portrait, taken circa 1900. 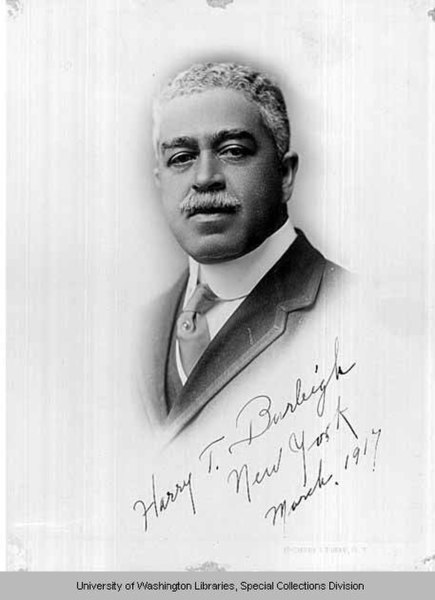 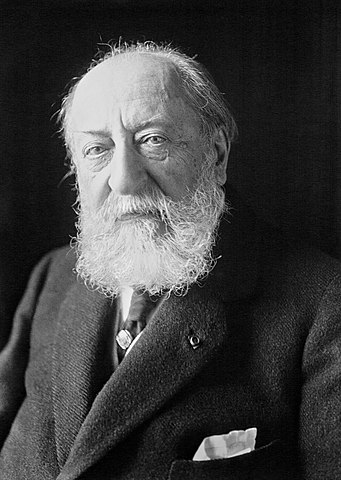 For a classic Miracle-on-34th-Street look, it’s hard to beat this 1921 style from the French composer who brought us The Carnival of the Animals and the “Organ” Symphony. That’s one stylin’ Santa, bien sûr.

The composer of the “Afro-American” Symphony sports a beautifully detailed moustache in this 1949 portrait by Carl Van Vechten. Clark Gable had nothing on WGS! 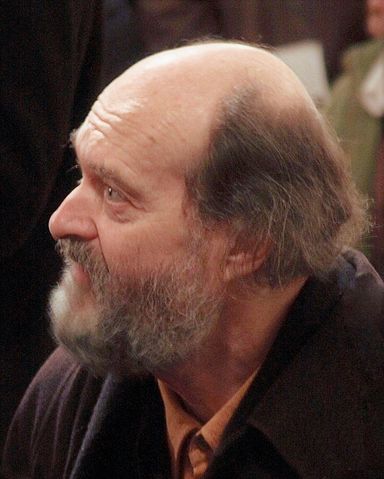 Lest you imagine that great composer beards are a thing of the past, we close with this contemporary classic from Estonian composer Arvo Pärt, photographed in 2008.