Women are helping to shape the sound of classical music right now, as musicians, artists, and most certainly as conductors. Here are some of our favorite American women conductors. 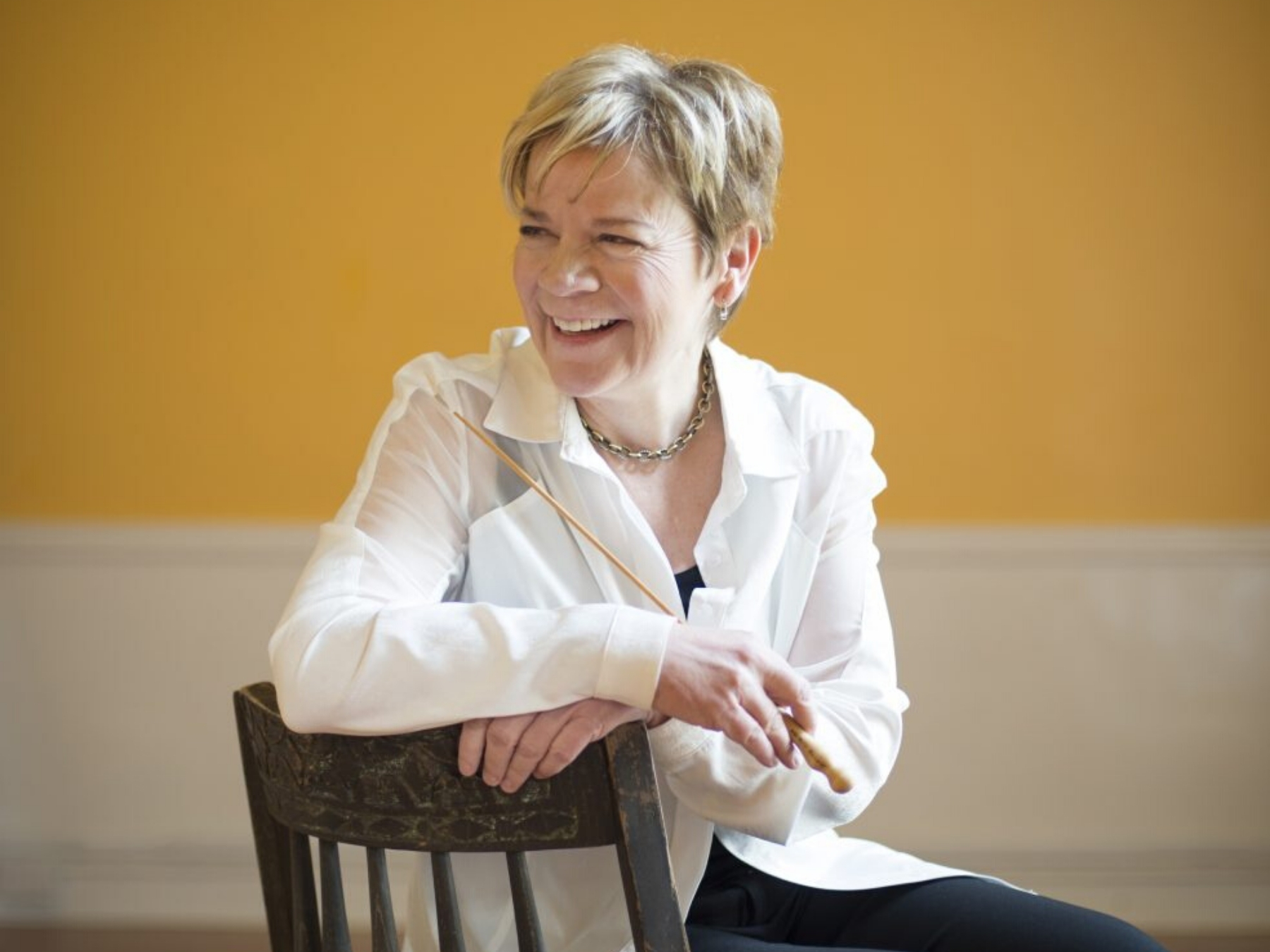 Marin Alsop is an inspiring and powerful voice, a conductor of vision and distinction who passionately believes that “music has the power to change lives”. She is recognized internationally for her innovative approach to programming and audience development, for her deep commitment to education and advocating for music’s importance in the world.

From the 2019/20 season, Alsop becomes Chief Conductor of the ORF Vienna Radio Symphony Orchestra (Vienna RSO), performing in their main series at the Wiener Konzerthaus and Wiener Musikverein, recording, broadcasting, and touring nationally and internationally. Her first season coincides with the orchestra’s 50th anniversary and will emphasize women in classical music.

Her outstanding success as Music Director of the Baltimore Symphony Orchestra (BSO) since 2007 has resulted in two extensions in her tenure until 2021. Alsop has led the orchestra on its first European tour in 13 years and created several bold initiatives including OrchKids, for the city’s most disadvantaged young people. At the end of 2019, following a seven-year tenure as Music Director, she becomes Conductor of Honour of the São Paulo Symphony Orchestra (OSESP), where she will return to conduct major projects each season. 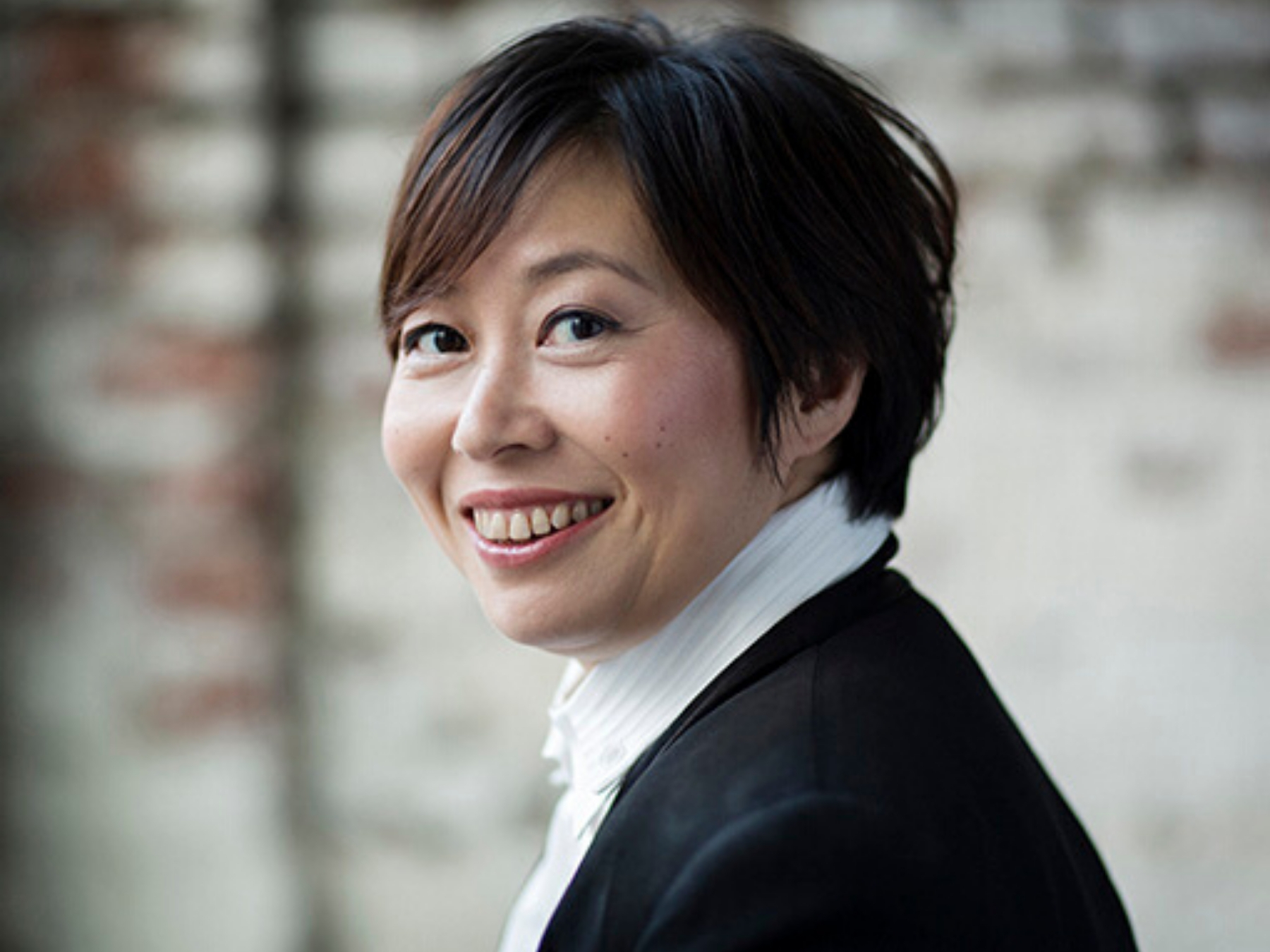 Xian Zhang currently serves as Music Director of the New Jersey Symphony Orchestra. She will become the Principal Guest Conductor of Melbourne Symphony Orchestra in 2020. She also holds the post of Conductor Emeritus of Orchestra Sinfonica di Milano Giuseppe Verdi, following a hugely successful period from 2009–2016 as Music Director. She has previously served as Principal Guest Conductor of the BBC National Orchestra & Chorus of Wales, becoming the first female conductor to hold a titled role with a BBC orchestra.

The acclaim she has been receiving for her work in New Jersey has resulted in a strong North American career, with upcoming engagements which include Chicago, Dallas, Baltimore, Montreal, Ottawa (NAC), Cincinnati, Houston, Minnesota Symphonies. In August 2019, she returned to Los Angeles Philharmonic to conduct the world premiere of a work by Caroline Shaw and Beethoven 9. 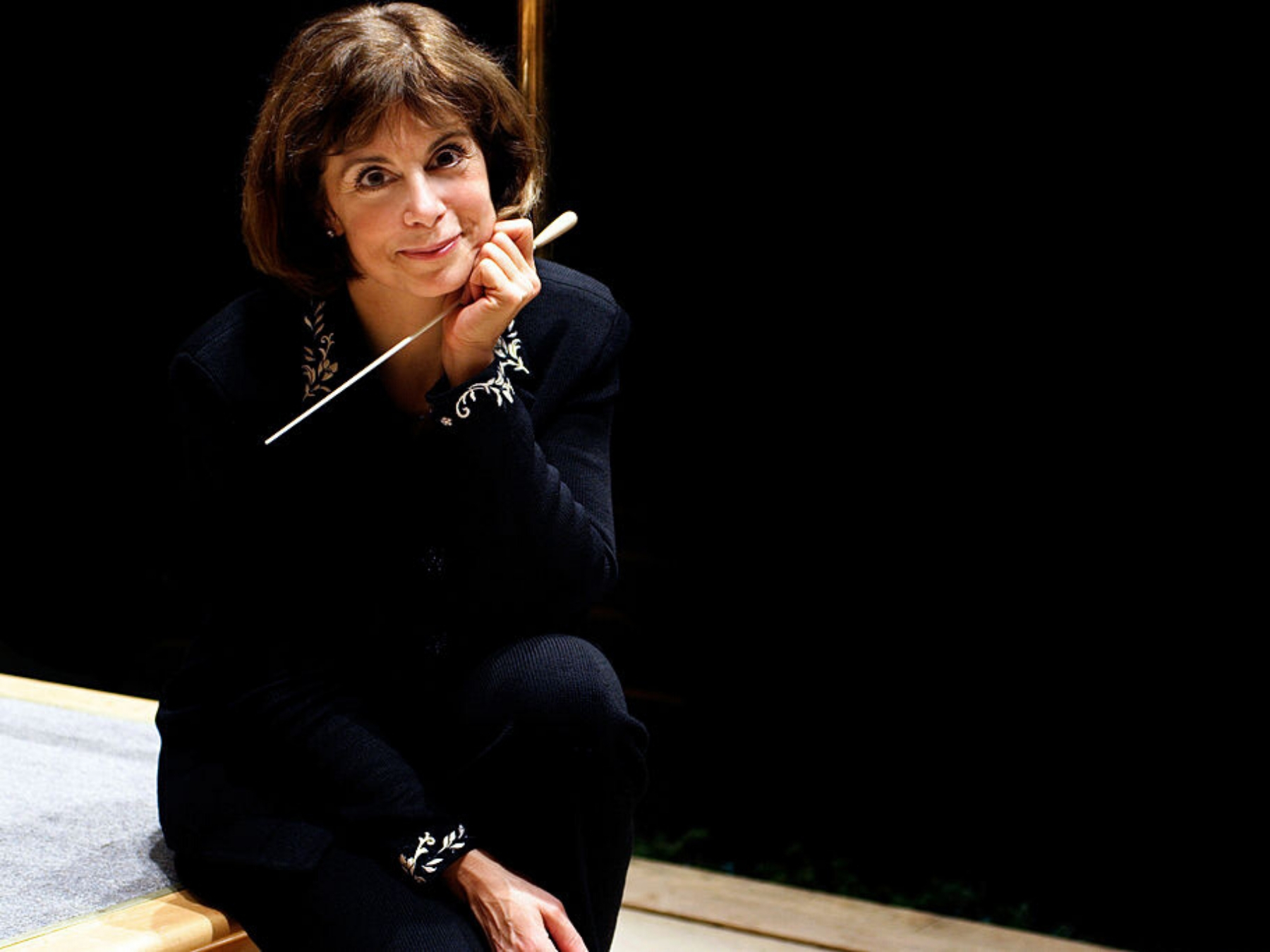 Grammy-winning conductor JoAnn Falletta serves as Music Director of the Buffalo Philharmonic Orchestra and the Virginia Symphony Orchestra, Principal Guest Conductor of the Brevard Music Center and Artistic Adviser of the Hawaii Symphony Orchestra. Hailed for having “Toscanini’s tight control over ensemble, Walter’s affectionate balancing of inner voices, Stokowski’s gutsy showmanship, and a controlled frenzy worthy of Bernstein”, she is a leading force for the music of our time. 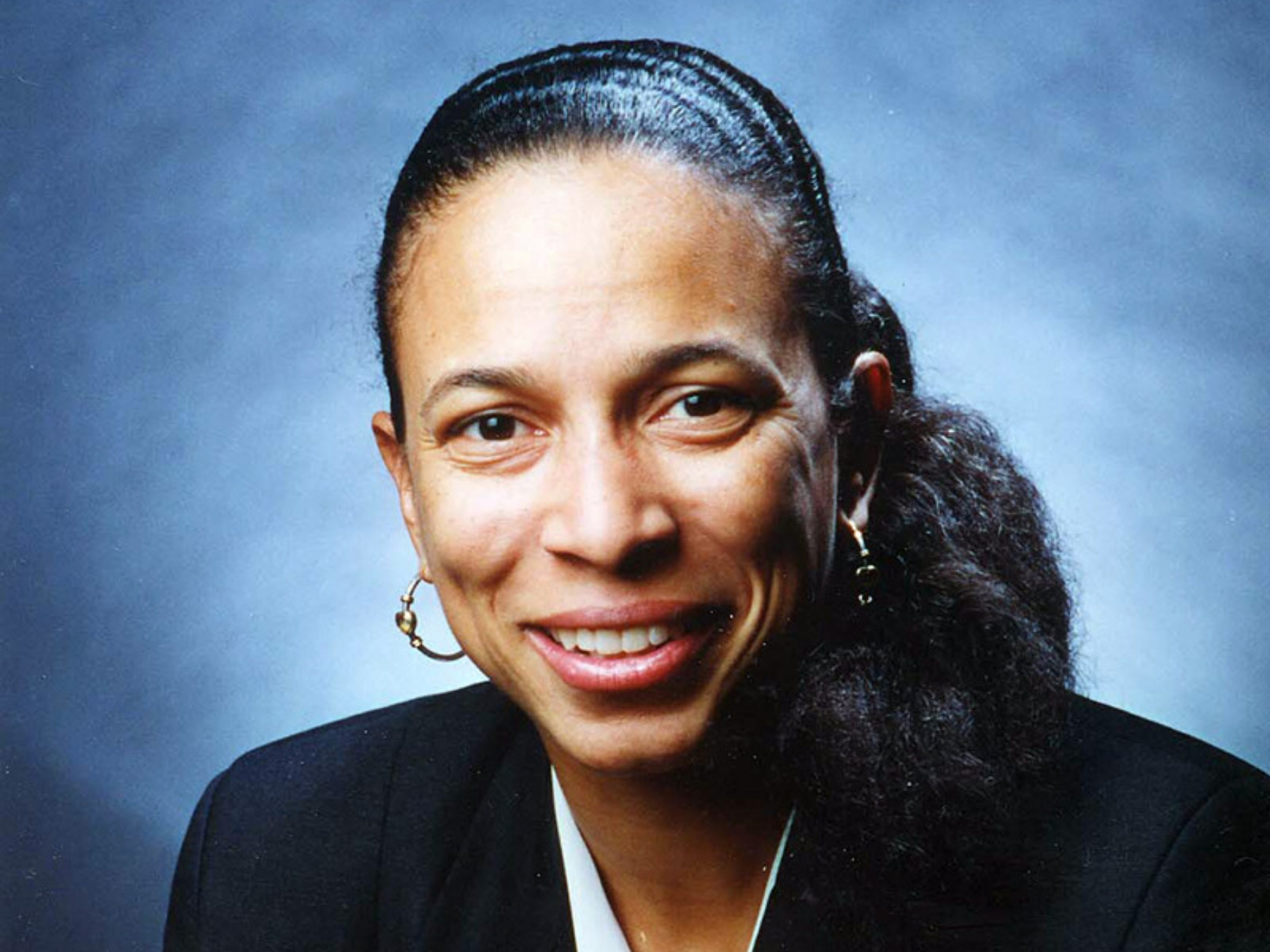 Kay George Roberts is the founder and music director of the New England Orchestra (NEO). Based in Lowell, Massachusetts, NEO is committed to building a vital artistic partnership with the community by linking cultures through music.

Guest conducting engagements have included the Cleveland Orchestra, the Chicago, Dallas, Detroit, Nashville and National Symphony orchestras as well as the Orchestra Svizzera Italiana, where she conducted Jazz greats Max Roach, Diane Reeves, and the New York Voices. Ms. Roberts has served as a cover conductor for the Boston Symphony Orchestra, the Cleveland Orchestra and Detroit Symphony Orchestra. In addition, she is the conductor for Philadelphia’s Opera North performances of Leslie Burrs’ award-winning opera, Vanqui. In 2006, The Washington Post praised her “intensely paced concert version of Vanqui, carefully balancing soloists, orchestra and chorus”.

An advocate for new and overlooked music, critics admire her “precision and passion” in leading audiences “to make new discoveries.” She premiered Jennifer Higdon’s Fanfare Ritmico at the Blossom Music Festival with the Cleveland Orchestra and was co-conductor for the highly acclaimed 2004 Sphinx Inaugural Gala Concert in Carnegie Hall. In 2007, she led the Sphinx Symphony in the world premiere of Michael Abels’ Delights and Dances in Detroit’s Orchestra Hall to celebrate the Sphinx Competition’s 10th anniversary.

A champion of music education, Ms. Roberts is a professor of music at the University of Massachusetts Lowell (UML) and director of the UML String Project, a community outreach program for public school students that fosters diversity in classical music. She is the first woman to earn the Doctor of Musical Arts degree in conducting from Yale University where she studied with Otto-Werner Mueller. Ms. Roberts also studied conducting at Tanglewood with Leonard Bernstein, Gustav Meier and Seiji Ozawa, and at the Bachakademie Stuttgart with Sir John Eliot Gardiner. 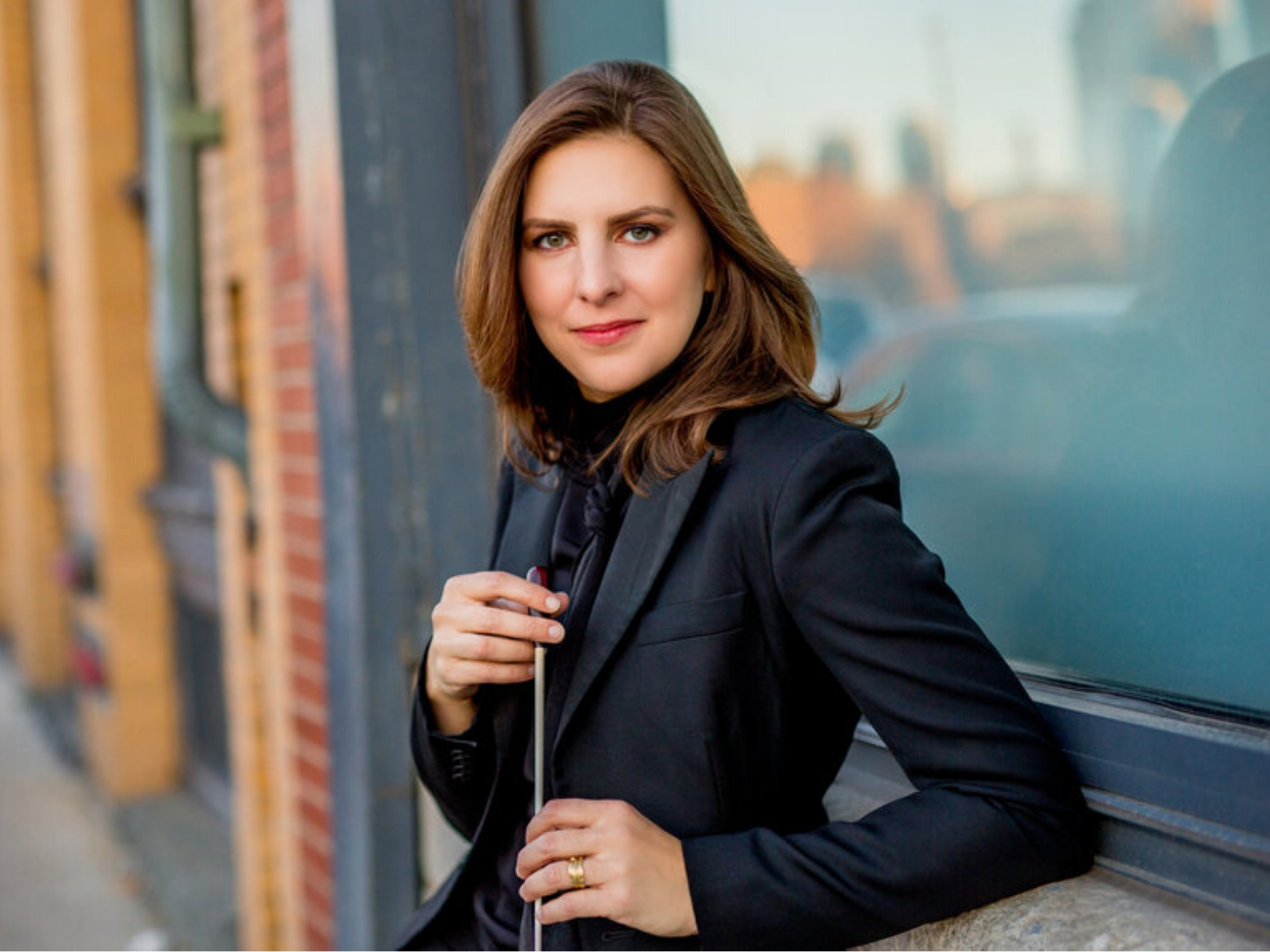 Ms. Yankovskaya is Founder and Artistic Director of the Refugee Orchestra Project, which proclaims the cultural and societal relevance of refugees through music, and has brought that message to hundreds of thousands of listeners around the world. In addition to a National Sawdust residency in Brooklyn, ROP has performed in Boston, Washington, D.C., and the United Nations, and will make its UK debut in London in an upcoming season. She has also served as Artistic Director of the Boston New Music Festival and Juventas New Music Ensemble, where she led operatic experiments with puppetry, circus acts, and robotic instruments, as well as premieres by more than two dozen composers. Under her artistic leadership, Juventas was the recipient of multiple NEA grants and National Opera Association Awards.