In this list, we’ll celebrate some of the great Black opera singers who have passed on into history, and paved the way for Black artists who are still with us. Their stories and recordings are a treasure for listeners and an epiphany for vocalists. 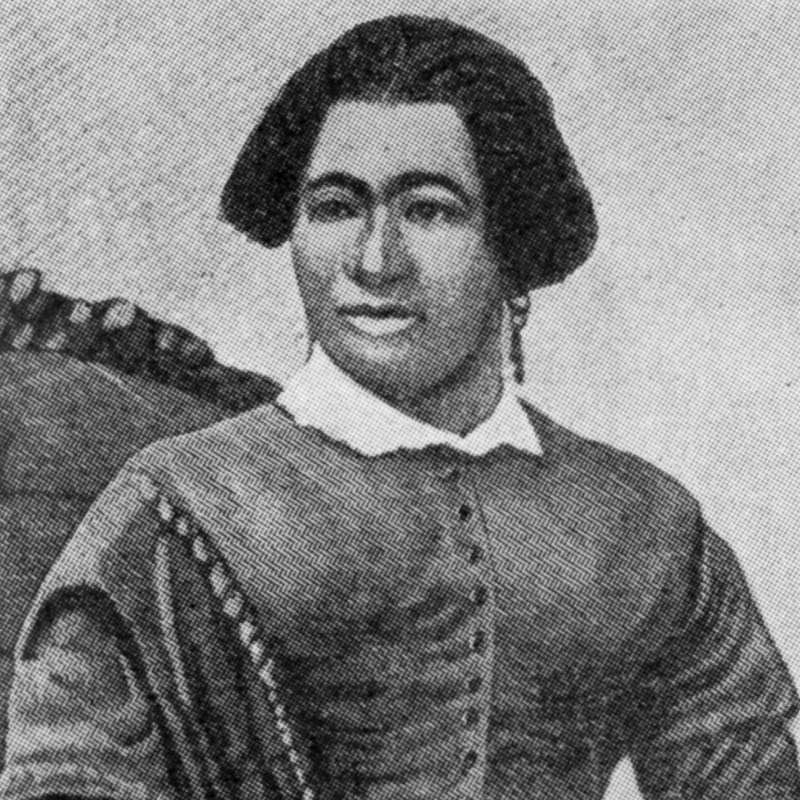 Elizabeth Taylor Greenfield (c.1819-1876) was born into slavery in Mississippi. A pianist, harpist, and foremost a soprano, she challenged listeners’ preconceptions in her 1851 national concert tour. Greenfield showed astonishing resilience performing under outrageous conditions: her manager wouldn’t allow Black patrons to attend her concerts, and reviewers were constantly distracted by the “novelty” of a Black woman beautifully singing operatic repertoire. On March 31, 1853, she debuted at New York City’s Metropolitan Hall, and despite being met with laughter when she took the stage, her performance was critically acclaimed and led to a successful European concert tour, during which she sang for Queen Victoria. 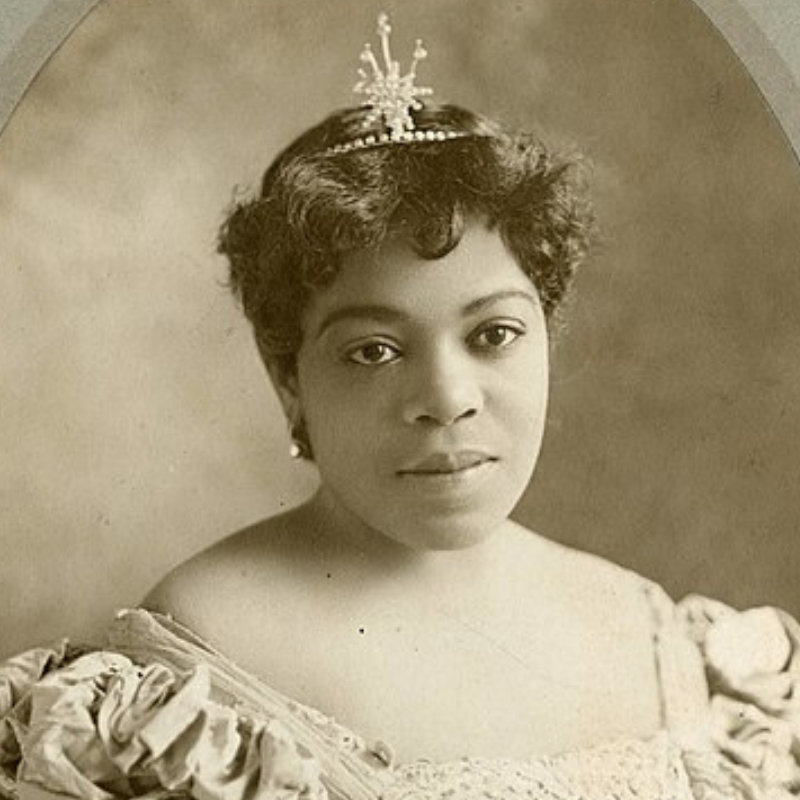 Sissieretta Jones (1868/9-1933) was the first African-American woman to sing at Carnegie Hall, headlining a concert there in 1893. She sang at Madison Square Garden (conducted by Dvořák), toured internationally, and sang for President Harrison and for European royalty. Critics dubbed her “The Black Patti,” after Italian soprano Adelina Patti; Jones disliked the monicker but it dogged her throughout her career. From 1896 to 1915 she toured with the “Black Patti Troubadours,” a company whose performances began with vaudeville acts but closed with staged operatic arias by Jones. In a time of segregated opera, this was Jones’ only opportunity to be an opera singer in her own country. After leaving the stage to care for her ill mother, Jones passed away in relative obscurity, but recent scholars have led efforts to celebrate her legacy. 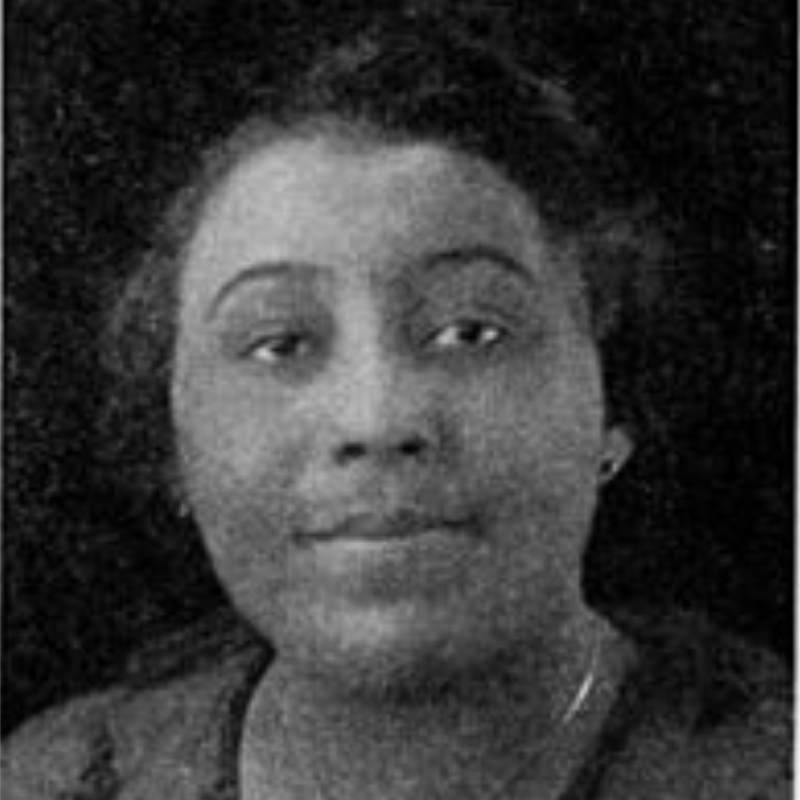 When Florence Cole-Talbert (1890-1961) was fifteen, she attended a performance of Verdi’s Aida, and was inspired to become an opera singer. In a 1930 interview, she said,

“I was impressed by the opera as nothing had ever moved me before. I sat breathlessly watching the artists, and as the opera progressed, a desire (an impossible desire, so it seemed at the time) took possession of me. I wanted to sing the title role in Aida.”

After study in America and Europe and years of distinguished work as a recitalist and recording artist, Cole-Talbert achieved her dream, performing the title role of Aida in 1927 at the Teatro Communale in Cosenza, Italy.

Cole-Talbert’s career as an educator was central to her legacy. She taught privately, served as Director of Music at Bishop College in Texas and as head of Fisk University’s voice department. One of the young singers she encouraged was Marian Anderson, whose voice so impressed Cole-Talbert that she gave a benefit concert to help fund Anderson’s music education. 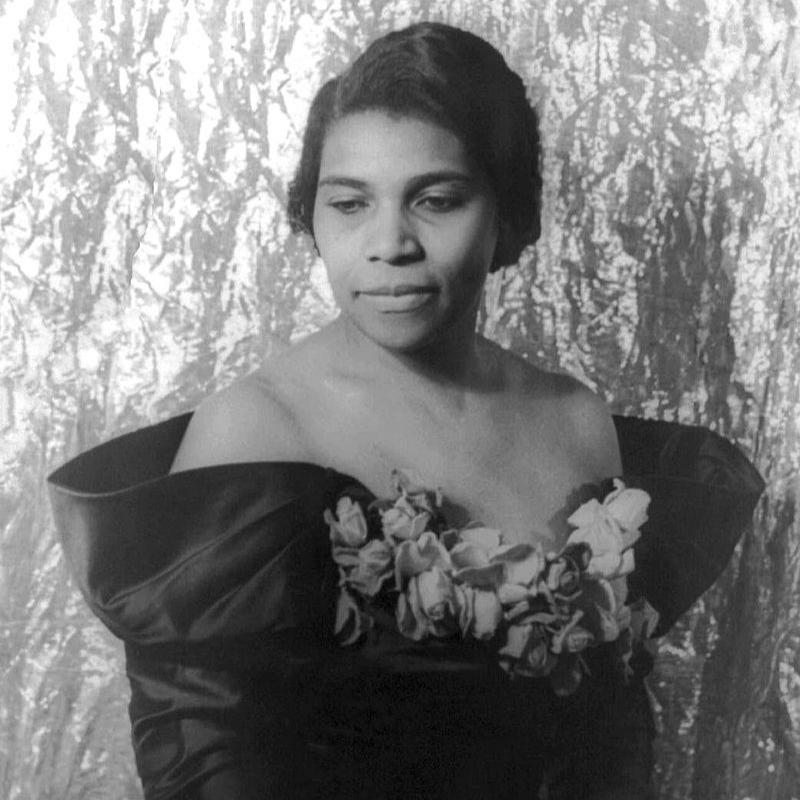 Marian Anderson (1897-1993) began singing at 6 as a member of her church’s junior choir. When her family couldn’t afford to pay for high school or music lessons, her church community created a “Marian Anderson’s Future Fund” to provide these opportunities for her. At 28, Anderson won a contest to appear as soloist with the New York Philharmonic, and subsequently began a wildly successful career of study and performance in Europe. Though she was courted by several opera companies, Anderson chose to be a concert artist, specializing in Lieder, oratorio and spirituals. It was in this capacity that Howard University tried to book her a concert at the D.A.R.’s Constitution Hall in Washington D.C., only to be rejected because the Daughters of the American Revolution refused to host Black artists. First Lady Eleanor Roosevelt was so outraged that she resigned from the D.A.R. and helped arrange for Anderson to perform her historic 1939 recital on the steps of the Lincoln Memorial. In 1955, near the close of her career, Anderson made history as the first African-American to sing at the Metropolitan Opera, appearing as Ulrica in Verdi’s Un ballo in maschera. 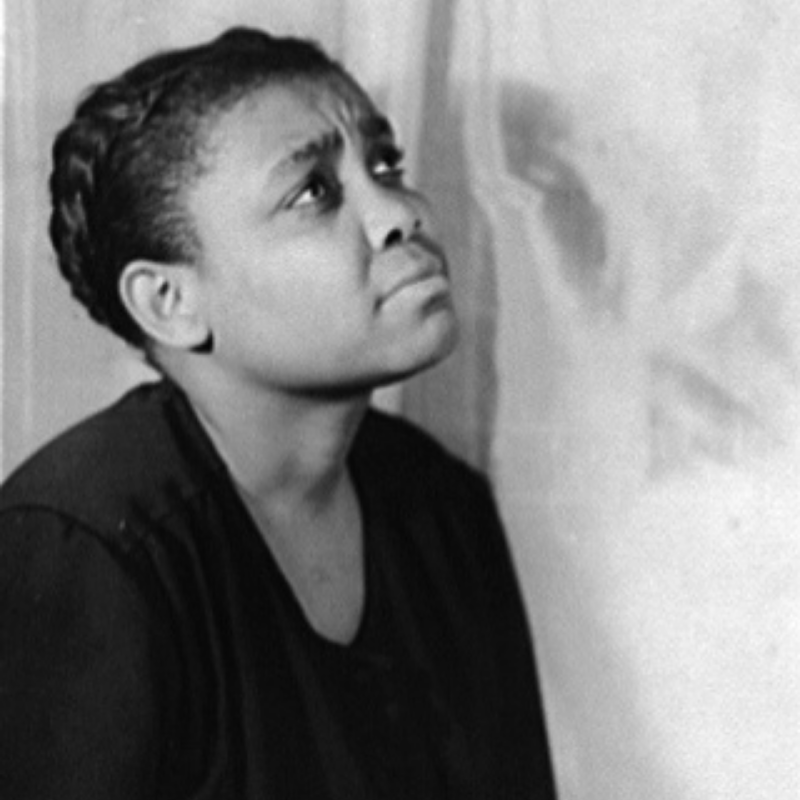 Like Marian Anderson, soprano Ruby Elzy (1908-1943) started singing in her church choir. She went on to study at Ohio State University and the Julliard School. In 1933 she appeared in the film The Emperor Jones with Paul Robeson. George Gershwin composed the role of Serena in Porgy and Bess for Elzy, and she performed the role over 800 times during the course of her career. Elzy’s life was cut tragically short in 1943 when she died from complications after an operation. Her early death makes this charming interview and performance from 1937 all the more precious. Another treasure is the recording linked below, in which Elzy sings her signature aria “My Man’s Gone Now,” introduced and conducted by Gershwin. 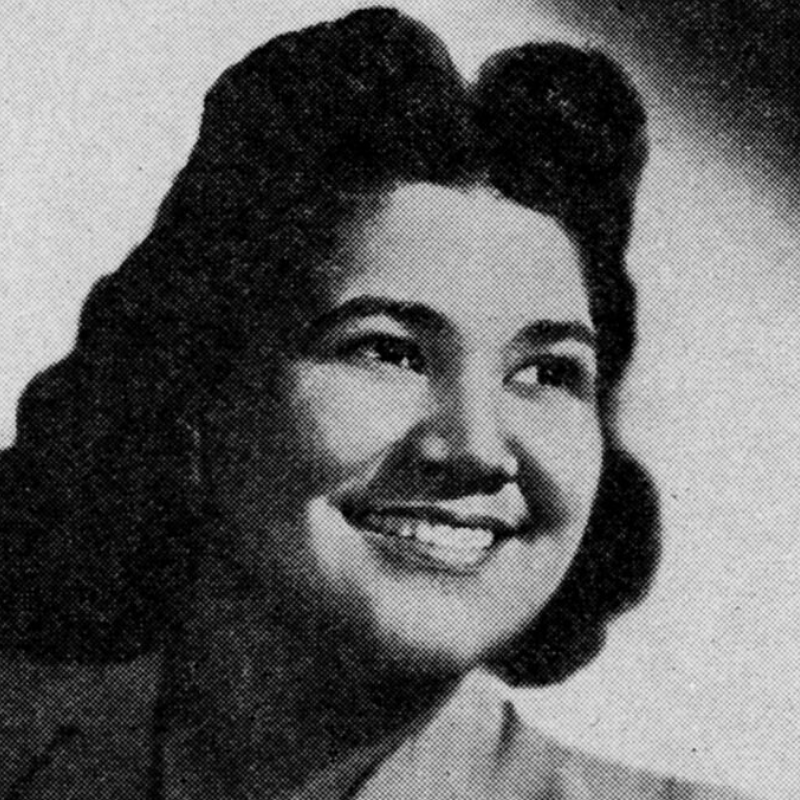 When Serge Koussevitzky heard soprano Dorothy Maynor (1910-1996) in 1939 at Tanglewood, he said (allegedly leaping in joy), “It is a miracle! It is a musical revelation! The world must hear her!” A pastor’s daughter from Virginia, she changed her college major to music at the advice of her choir director, and went on to win a scholarship to Westminster Choir College. Maynor concertized internationally in the 1940s and 50s, and recorded the role of Leonore in Fidelio under Toscanini. In 1963 Maynor retired from the concert stage and founded the Harlem School of the Arts, where she made arts education accessible to countless underprivileged children. 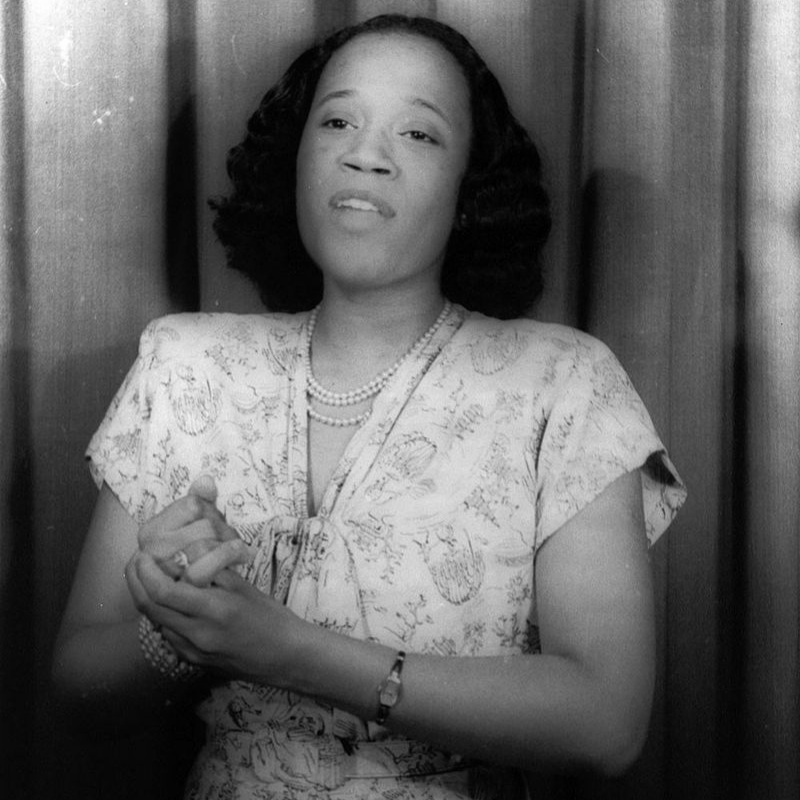 In 1945, Camilla Williams (1919-2012) appeared in Madama Butterfly with the New York City Opera, becoming the first African-American woman to win a contract with a major American opera company. Williams’ performance predated Anderson’s Metropolitian Opera debut by a decade, and she went on to sing the roles of Nedda, Mimì and Aida at City Opera as well. While Williams paved the way for Anderson’s operatic appearance, she also benefited from Anderson’s concert legacy, as a two-time winner of the Marian Anderson Award. In 1963, when Anderson was delayed by traffic, it was Camilla Williams who sang the National Anthem at the March on Washington before Dr. Martin Luther King’s “I Have a Dream” speech. In 1977, Williams became the first Black voice faculty member at Indiana University in Bloomington, where she would teach for twenty years. 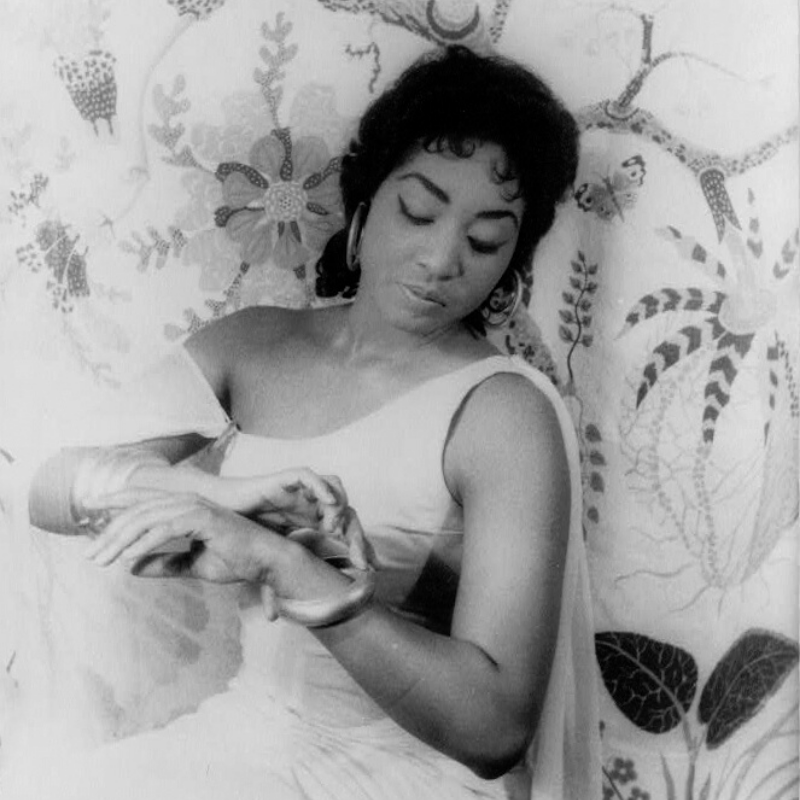 Gloria Davy (1931-2012) was a Julliard-educated lyrico-spinto soprano. She had already performed the role of Aida in Nice, Bologna and Zagreb before she became the first African-American woman to sing the role at the Metropolitan Opera. She appeared at the Met in the roles of Nedda, Pamina, and Leonora in Trovatore before moving to Switzerland in 1959, when she chose to base her performance career in Europe. One of Davy’s specialties was 20th century music: she recorded works by Stockhausen and Bowles, as well as singing in 1957 premier of Hans Wernber Henze’s Nachtstücke und Arien. From 1984-1997, Davy taught at Indiana University. 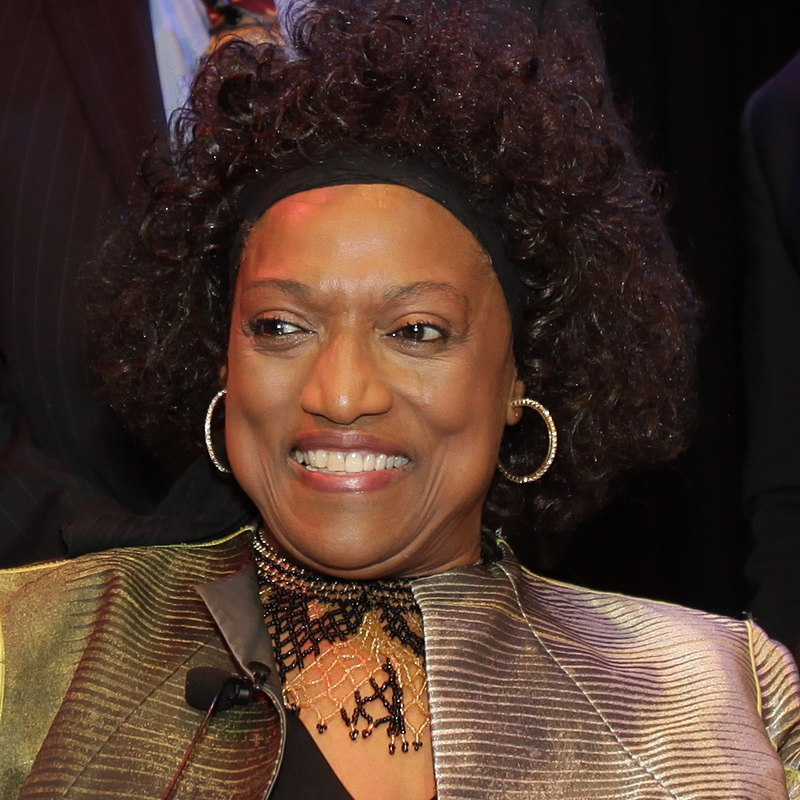 It seems fitting to close this list of history’s divas with the great dramatic soprano Jessye Norman (1945-2019). It was only last year that Norman left us and entered history. Born into segregated Georgia, Norman studied at the Peabody Institute and won the Munich International Music Competition in 1968. She made her operatic debut in Berlin as Elisabeth in Tannhäuser, and became one of the foremost singers on the international stage. Her 1983 Met debut in Les Troyens was the first of countless appearances at that company.

Norman was vocal about the powerful legacy of history’s African-American singers. One of her final artistic endeavors was a project honoring Sissieretta Jones. Of the historical artists who inspired her, she said in 1983,

“They have made it possible for me to say, ‘I will sing French opera,’ or, ‘I will sing German opera,’ instead of being told, ‘You will sing Porgy and Bess.’ Look, it’s unrealistic to pretend that racial prejudice doesn’t exist. It does! It’s one thing to have a set of laws, and quite another to change the hearts and minds of men. That takes longer.”