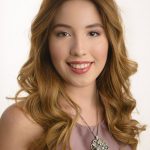 On Deck with Rebecca Yakos

Rebecca Yakos was one of the very first young musicians Christa ever featured “On Deck”; they originally chatted –on episode #4 of the show– back in the fall of 2013. Now that Rebecca has won a spot on this year’s MetroArts Young Artists Debut concert (her second win, by the way – she also appeared on the concert in 2014) Christa catches up with her to see what progress she’s making on her dream of becoming a professional opera singer.

Rebecca was a 12-year member of the Pacific Youth Choir, she’s currently singing with the PSU Chamber Choir, and is enrolled in the opera program at Portland State University.